Nadella breaks the myth that Indians are not good managers

It was a common perception in the US that Indians didn't know how to lead a company or delegate authority.

Nadella is highly qualified and will do a lot of good for the company. What surprises me is that a company that had no senior Indian executives until the 90s is no appointing an Indian as CEO,” noted Prof Vivek Wadhwa, Silicon Valley entrepreneur, vice president of Research and Innovation at SingularityUniversity, fellow at StanfordLawSchool, and a director of research at DukeUniversity. 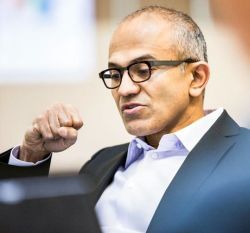 “This shows how far the industry and America have come. I wish him lots of success because Microsoft has many challenges ahead. Its core market - the PC is shrinking. Tablets and smart phones - which predominantly run on Android and iOS are eclipsing it. His job won’t be easy. But Nadella has done wonders in building the cloud business so if anyone can beat the odds, it is him.”

“I don’t know Nadella personally but know some people who know him very well. They are in awe of him.”

Indra Nooyi is the best example of an Indian who has defied the odds and achieved big success in America. She has shown what is possible.

When Vijay Vashee joined Microsoft in 1982 he was just one of two Indians at the 160-person company. It added several more recruits from India, mostly IITans, over the years.

They held low-level technical positions. Vashee became the first Indian to break through Microsoft's glass ceiling in 1988 when he was named general manager for Microsoft Project.

In 1992 he was asked to head the fledgling PowerPoint Division and helped grow this from $100 million to a billion-dollar business.

About the same time as Vashee, Indians in Silicon

Valley began breaking glass ceilings. They all faced the same hurdles: a belief that Indians made great engineers but were not capable of becoming managers - certainly not CEOs.

A common perception was that they didn't know how to delegate authority and could not lead companies.

Satya Nadella or Sundar Pichai would not have made the list a few years ago because of the negative stereotypes.

This shows how much the technology industry - and America has changed.

They formed networking organisations such as TiE (The Indus Entrepreneurs) to teach others about starting businesses, and to bring people together.

The first generation of successful entrepreneurs - people like Vijay Vashee - served as visible, vocal, role models and mentors to the next. And they provided seed funding to members of their community.

This helped Indians achieve extraordinary success. Research by my team at Duke, UC-Berkeley, and Stanford showed that as of 2005, 52.4 per cent of Silicon Valley's companies had a chief executive or lead technologist who was foreign-born and Indians founded 25.8 per cent of these companies. This proportion increased to 33.2 per cent in 2012.

Indians, who constitute only 6 per cent of Silicon Valley's working population, start roughly 15 per cent of its companies. That is quite a feat to achieve in the most competitive, entrepreneurial, and innovative place on this planet.

That an Indian can lead the world's top software company is an important milestone for Indian-Americans and for America.

But the larger message is for India itself: imagine what Indians can achieve at home if they put their differences aside and start helping one another.
George Joseph in New York
Related News: Silicon Valley, Vijay Vashee, Microsoft Project, America, Satya Nadella
SHARE THIS STORY
Print this article 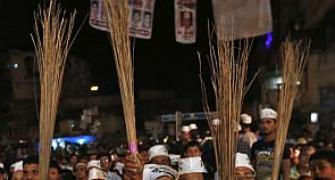 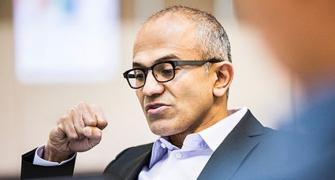 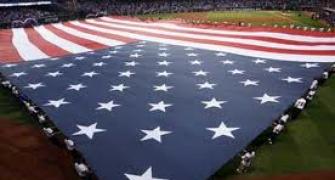 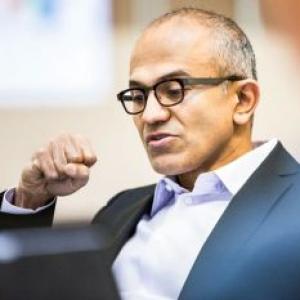 Nadella breaks the myth that Indians are not good managers 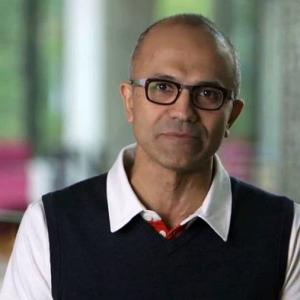 'Nadella has all the right attributes to reinvent Microsoft'