Barring Reliance Jio, telcos are losing active subscribers. According to telcos and analysts, this is due to SIM consolidation happening after the minimum recharge plans were implemented by incumbents. India’s mobile phone user base may have improved a bit in April after a steep fall in March, but Telecom Regulatory Authority of India (Trai) numbers show the rural subscriber base has consistently gone down since January.

The rural mobile phone user base has eroded by 20 million since December.

Data shows the active subscriber base is down to June 2018 levels.

All other players put together have another 68 million active subscribers as of April 2019.

According to telcos and analysts, this is due to SIM consolidation happening after the minimum recharge plans were implemented by incumbents.

“The rural penetration improved in the past few years. Most of the low revenue multiple SIMs were in those areas.

"Hence, the decline is an indication of the cleaning up that is happening,” said a senior executive of a telco.

Analysts at BNP Paribas noted MNP requests have been largely stable in the past five months.

“MNP activity increased after the introduction of service validity packs by Airtel and Vodafone Idea, but the quantum of rise is not large considering almost 200 million subscribers might have been hit,” BNP Paribas noted.

Industry net active subscriber base fell by 22.1 million month-on-month in April to 999.6 million.

Jio was the only player to add subscribers at 7.2 million, but its pace of addition has slowed down.

Analysts at Motilal Oswal felt Jio’s gains could be attributed to Jiophone offtake.

“For Airtel, the impact of minimum recharge plans appears to be subsiding. However, Vodafone Idea is likely continuing to witness a sharp decline in low-ARPU subscribers,” Aliasgar Shakir, research analyst at Motilal Oswal, said.

Vodafone Idea’s active customer base (based on visitor location register) of 342 million is now close to its reported subscriber base 334 million, indicating subscriber clean-up is largely behind, said Kunal Vora of BNP Paribas.

Jio saw some moderation with subscriber adds at 8.1 million, lower than in recent months.

However, it was the only operator to report a positive number, driven by its strong growth in rural markets.

According to analysts, weak demand around election time might have affected smartphone sales, in turn resulting in weak broadband subscriber additions. 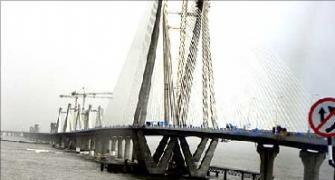