About 98.5 per cent of all spam calls in India originate from domestic numbers. However, spam calls received by users in India have decreased by 34%. India has dropped down to 9th position in terms of the number of spam calls received by users globally, while Brazil continues to stay on top.

Spam calls received by users in India have decreased by 34 per cent, according to a report by Truecaller, one of the world’s largest caller-identification and spam blocking services firms.

Despite a reduction in the amount of spam calls received, India still makes it into the top 10 most spammed countries.

The data was aggregated anonymously from incoming and outgoing calls and messages during the period of January 1, 2020, to October 31, 2020.

Truecaller said no context of any calls or messages were read.

During this period of time, Truecaller helped users identify 145.4 billion unknown calls globally in 2020, a 25 per cent jump compared to last year.

“This year, we have been able to help our users block and identify 31.3 billion spam calls, which is an increase of 18 per cent compared to last year,” said the report.

About 98.5 per cent of all spam calls in India originate from domestic numbers, according to this year’s report.

This could partly explain why spam calls have been decreasing in India, as strict curfews implemented in the country earlier this year made it impossible for telemarketers to go to work.

They also couldn’t utilise the equipment they need to carry out large scale spam campaigns.

In the first three months of lockdown in India, calls to emergency services increase by 148 per cent.

About spam call categorisation, operators continue to be the top spammers in India with 52 per cent user calls received for the upselling of various offers and reminders.

However, the study also witnessed telemarketing services emerging as big spammers, recording a total of 34 per cent.

Gujarat emerged as the state that received the most spam calls in 2020, followed closely by Maharashtra.

“We also noted that the largest cities contributed a majority share of spam for the respective state they are in,” said the Truecaller report.

Another devastating fact related to India is that 8 out of 10 women in India receive sexual harassment or inappropriate calls and SMS regularly.

Truecaller found that spam reached its lowest point in April when strict curfews and lockdowns were implemented worldwide.

The overall volume of calls also dipped during this period. However, from this point, reports of scammers taking advantage of the uncertainty around the pandemic emerged.

In May, spam calls started to pick up again and have been increasing on average by 9.7 per cent per month.

The biggest increase in spam calls comes from Europe and the US.

An escalation of scam calls and robocalls around the world is expanding their share within the most common spam categories.

Scammers taking advantage of the pandemic is a primary reason for the increase of scam calls.

Earlier this year, Truecaller had released the 6th edition of  US Spam & Scam Report, where 56 million Americans reported having lost money to phone scams, and an estimated $19.7 billion was lost to scam calls.

Indonesia slipped down the list to 6th position as spam calls have reduced by 34 per cent this year.

However, financial services upselling various offers continue to plague the country, as can be seen by its 52 per cent share of total spam.

Scam calls also remain to be a problem in Indonesia (9 per cent).

The most alarming trend in the UK is that scam calls account for more than one-third of the top spammers.

From April (after the lockdown was eased) to October, scam calls have increased with 59 per cent and sales calls have seen an increase of 48 per cent.

Also, for the first time, Vietnam entered the list of the most spammed countries in the world.

In the past 12 months, spam calls in Vietnam have increased by 182 per cent.

Last year, Peru was the second-most spammed country in the world.

With a sharp decrease in spam calls (59 per cent). Peru has now dropped down to 14th position.

However, Peru still ranks as one of the most spammed countries (4th) in Latin America. 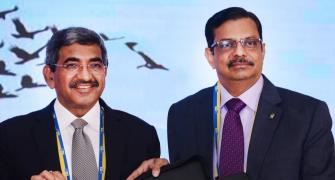 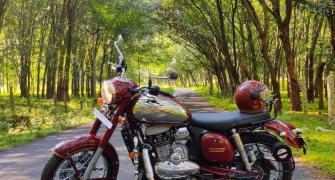 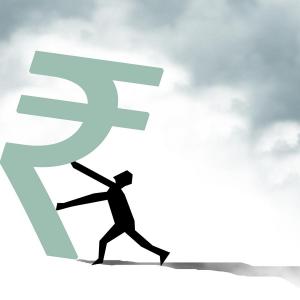