Bharti Airtel to buyout its joint venture with Alcatel Lucent

Telecom major Bharti Airtel on Tuesday said it is buying the entire shareholding in the joint venture with Alcatel Lucent, as part of a new business model to manage fixed line and broadband networks. 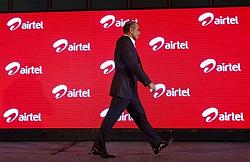 In a statement, Bharti said it was introducing a new business model for managing fixed line and DSL broadband networks, on the lines of IndusTowers.

Bharti Airtel subsidiary Bharti Infratel holds 42 per cent stake in IndusTowers, with the remaining stakes in the company with Vodafone (42 per cent) and Idea (16 per cent).

"The operations of the entity will be strengthened by the transition of proven tools, processes and all manpower and skilled resources from the existing joint venture," the statement said.

The entity would operate independent of Bharti. Going forward, the entity would invite other operators to join in with equity participation and bring the management of their broadband and fixed line networks under its fold.

has been appointed as the CEO of the entity.

"... with this innovative model, we are breaking new ground in an industry which is on the cusp of a massive data growth," Bharti Airtel CEO (India & South Asia) Sanjay Kapoor said.

This new model, along with the recently launched Network Experience Centre, would provide greater control for Bharti Airtel over the delivery of a world-class data experience to customers, he added.

Financial details were not disclosed.

On the latest development, Alcatel-Lucent India president and managing director Munish Seth said the joint venture was a catalyst in transforming Bharti's Telemedia business at an accelerated pace.

"The formation of this new model is a step in that direction and will leverage the core competencies that Alcatel Lucent Managed Network Service India has built over time," he said.

Bharti Airtel offers broadband, data and telephone services (fixed line) in 87 Indian cities and has a customer base of 3.3 million. Out of them, 1.4 million are subscribed to broadband/internet services.
Source: PTI© Copyright 2022 PTI. All rights reserved. Republication or redistribution of PTI content, including by framing or similar means, is expressly prohibited without the prior written consent.
Related News: Alcatel Lucent, CEO, Bharti, DSL, IndusTowers
Print this article 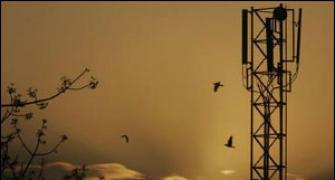 Alcatel gets $1-billion contract from RCom 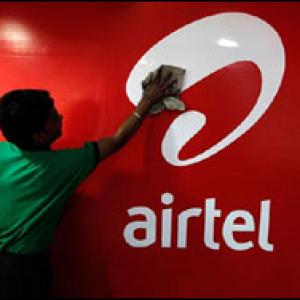