No room for cut in lending rates in near-term: Bankers 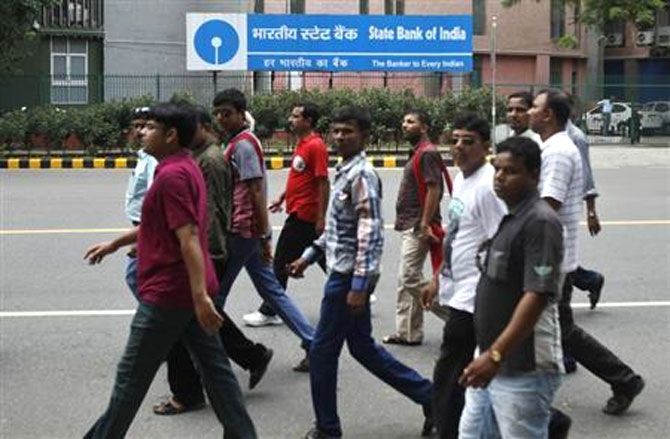 Bankers on Tuesday ruled out any immediate lowering of interest rates even as the Reserve Bank on Tuesday rapped them for not fully passing on to borrowers three cuts in the key rate this year, saying it expects them to do so in the near future.

Arundhati Bhattacharya, chairman of the country's largest lender SBI said she does not see any more rate cuts in the near future and added that any such action would depend on the economic growth and other market factors.

"Going forward, it is going to be a function of how the economy develops, what are the competitive pressures. Right now these things are still not giving us space for any further rate cuts. I do not think we see any things in the immediate future," she said.

Having cut its key lending rate by 0.75 per cent so far this year, RBI opted for status quo - holding both the repo rate as well as the CRR - at the third bi-monthly policy review on Tuesday.

In the policy statement, RBI said the banks have cut their base rate by 0.30 per cent in the first quarter, as against the 0.75 per cent cuts by the central bank and hoped that the banks will be more active on the transmission front with more lending rate cuts in the third quarter.

Defending the move to cut rates by only 0.30 per cent, Bhattacharya said during the time of interest rate hikes, banks had cut lending rates by 0.30 per cent themselves as against the hikes of 0.75 per cent.

"The good thing about today's policy is that the forward guidance clearly spells out the possibility of more monetary accommodation. In our view, though such action will be data-dependent, there seems to be a bias towards further rate cuts.

The lowering of inflation projection in the last quarter is an acknowledgement of a benign inflation trajectory," she said.

She based her optimism to the low global commodity prices, which will provide a further cushion on the external front.

"This will mitigate any adverse external shocks from a Fed rate hike. The decision to hold the repo rate was as per market consensus. With monsoon projections better than anticipated and declining commodity prices there are indeed rooms for more monetary accommodation," she said.

Kochhar said today's policy statement is on expected lines, while Bhattacharya termed it as "dovish" in nature.

Arun Kaul, the chairman in-charge of industry lobby IBA, said the banks have already passed 0.30 per cent cuts since April and today's commentary from the RBI, coupled with the government move to recapitalise banks, will help lenders plan their loan book expansions better.

State-run Bank of India managing director and chief executive BP Sharma said: "The move shows the cautious approach that RBI is maintaining due to spikes in retail inflation in recent months." 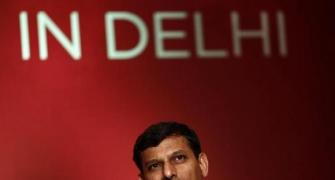 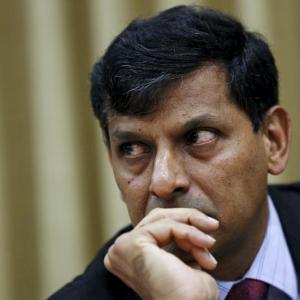