Jagdishan, currently working as the 'change agent' of HDFC Bank and head of finance, has been with the bank since 1996. 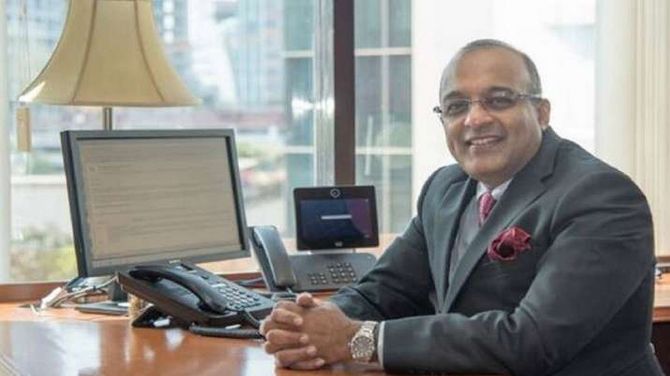 The Reserve Bank has confirmed the name of Sashidhar Jagdishan to succeed Aditya Puri as the chief executive and managing director of HDFC Bank, two sources said on Tuesday.

Jagdishan, currently working as the 'change agent' of the largest private sector lender and head of finance, has been with the bank since 1996, and the appointment will put an end to one of the most keenly watched successions in the banking industry.

Puri is widely credited with building the bank from scratch and leading it for the last 25 years to be the second largest by assets and also the most valued lender by investors.

The Reserve Bank of India (RBI), which was given a list of candidates in an order of priority, conveyed its approval to Jagdishan's name late Monday evening, sources said.

The bank will eventually inform the exchanges about the RBI nod.

According to a media report earlier this year, the bank had selected the names of internal candidates Sashidhar Jagdishan and Kaizad Bharucha, and Citi's Sunil Garg as probable candidates.

The bank said it has given three names in order of their preference.

Puri had recently assuaged shareholder concerns at his last annual general meeting as the MD and CEO, saying succession has been taken care of.

"He (the successor) has been with us for 25 years… my successor was always in place, at least in my mind," Puri told shareholders at the lender's virtual AGM.

Puri assuaged concerns on training and business understanding, assuring the shareholders that the candidate has "learnt very well".