Reality bites: How Harsh Neotia did it

Sudipto Dey finds out more about the chairman of the largest realty player in eastern India. 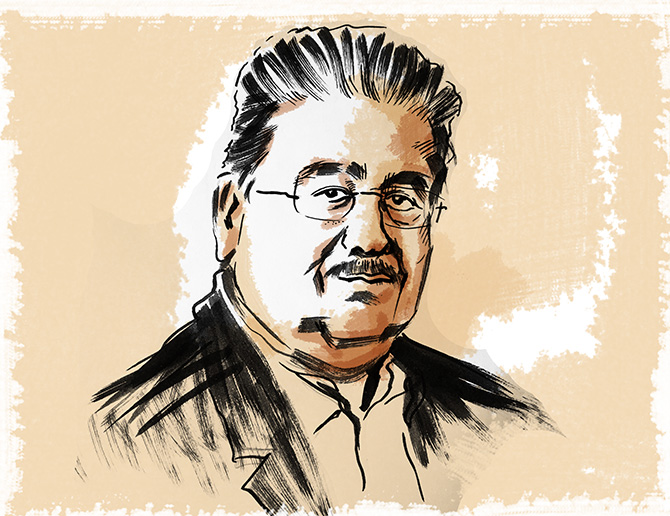 We are at The Deck, a members' lounge and restaurant with a swimming pool on one side, on the fifth floor of India Habitat Centre, in Delhi.

Flipping through the menu, I realise the restaurant specialises in Italian and Turkish food with a lot of non-vegetarian options.

My guest Harshavardhan Neotia, however, is a vegetarian and a teetotaller.

Clearly, the venue has been picked by his team more for the access than anything else.

The All India Management Association (AIMA) is holding a council meeting there, followed by a convocation ceremony for students in the evening.

Neotia, as president of AIMA, has to be present in both the events.

So we have around an hour to wrap up the lunch -- I am reminded by his media relations team -- as Neotia, towering above the crowd in a black suit, walks in.

A few frenetic minutes of photo shoot inside the restaurant and by the pool side later -- as The Deck staff argues over whether we have the necessary permission -- we settle down for lunch.

Neotia orders a baby spinach rice bowl along with a Diet Pepsi.

I opt for a mushroom-pecorino pasta and a helping of fresh lime.

We share a hard-crust bread with some interesting dips.

The Rs 1,500 crore-Ambuja Neotia Group is arguably the largest realty player in eastern India, with a growing interest in health care, hospitality and the education sectors.

In the late 1990s, its public-private partnership with the West Bengal government gave the eastern metropolis of Kolkata the first feel of living in highrise condominium complexes.

It bears the stamp of architect Charles Correa’s inimitable style.

Neotia’s journey in the real estate business has been a chequered one.

And this has more to do with his family’s business interests than any lack of passion or feel for the sector.

The Neotia family’s Marwari heritage in the City of Joy can be traced back to 1890, and to its business interests in trading.

In the '80s, the family ventured into the cement business through a series of opportunistic acquisitions and its brand, Ambuja Cement, made the family a household name, especially in the north and in the eastern parts of the country.

By the mid-2000s, aggressive multinational brands such as Vodafone and Oracle were eying the growing Indian consumer market with a keen interest.

Among them was Swiss firm Holcim, one of the largest cement makers in the world, which decided to up the ante.

The Neotia family, along with the Sekhsaria family (mother's side) which had a controlling stake in the cement business, decided to cash out.

Young Neotia stepped into the family business at 21 after finishing a degree in commerce from St Xavier’s College, Kolkata, in 1983.

He was packed off to Gujarat to get a first-hand feel of an upcoming cement plant.

Neotia says he was overwhelmed by the scale of the business and the sight of the engineering blueprints on the table, and the huge construction machinery in the plant.

He told his father politely that that was not his calling.

After a few months and visibly disappointed, his father sent him back to Kolkata.

A chance meeting with a family friend and he ventured into real estate to develop a block of buildings in Kolkata.

One project led to another.

Over the next eight to 10 years, his real estate firm developed a portfolio of dozen odd projects -- a very small business compared to family’s growing interest in cement.

“However, I knew my calling,” he says.

That was when the next pivot in Neotia’s life appeared seemingly from nowhere.

In 1997, the Neotia-Sekhsaria families had acquired a sick cement unit in Raipur from the Modi group.

Neotia’s father and uncles wanted him to take charge of the unit and turn it around.

His real estate business was put on the slow burn, and he was parachuted as managing director of newly-reconstituted board and management team of Ambuja Cement Eastern.

For 35-year-old Neotia, the next eight years were literally life-changing.

He revived the cement unit which had annual losses to the tune of Rs 300 crore.

In 2005, when he left the company, the business was generating a profit of around Rs 300 crore.

The first six months in the cement were the toughest, he says, dealing with legal and labour issues, irate suppliers and vendors, government dues, machinery breakdowns et all.

“I even suffered an emotional breakdown,” he says.

One fine day after that episode he gathered his guts to call a meeting of his top management team and told the members, “I don’t have any magic solutions. The solutions have to come from you”.

Neotia also promised to work shoulder to shoulder with them to turn the company around.

Every employee was encouraged to come out with potential solutions to problems facing the unit.

“To come out openly about my inadequacies in front of my employees helped build trust.

"They realised here is guy who is trying to help us,” says Neotia.

On the shop floor, too, Neotia worked to bridge the distance between the workers and the management.

His morning walks to workers' colonies helped to break the ice.

Neotia says he took a conscious call to focus on ramping up production to use the surplus labour in the unit and to avoid lay-offs.

“In hindsight, the turnaround worked because of the human touch,” says Neotia.

The next challenge was around the corner.

The family decided to get out of the cement business in 2005.

He was very upset with the move but “did not have any control on the decision”.

“It took me a few months to re-adjust. I appreciated the fact that it was just a job the family had given me,” he says.

Neotia says it was also not easy to start afresh in real estate.

“The business had stagnated over a decade,” he says.

In 1999, a social housing project developed by his firm with the West Bengal government had received a lot of accolades.

What worked for him was getting involved in a sector he understood and loved.

The excitement of rebuilding a business from scratch began to sink in.

Neotia says he is thoroughly enjoying the blurring of lines between his creative interests and business.

We have been through with our main course for some time now.

The restaurant attendants have been discreet; we  have spoken uninterrupted.

We decide to skip the dessert. Neotia asks for an Americano, while I go for cappuccino.

Though his family played a key role in his choice of work, Neotia says the next generation is free to do what they want.

He told his two kids early on: “I will not burden you with something that does not inspire you.”

For the last six months, his son has spearheaded a restaurant and a startup business; his daughter is training to be a filmmaker.

“All said, even I had the option to say ‘no’ to my family. It is another matter I did not,” says Neotia, as he is ushered out of The Deck by a member of his team for the convocation ceremony downstairs. 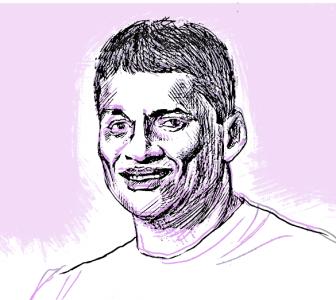 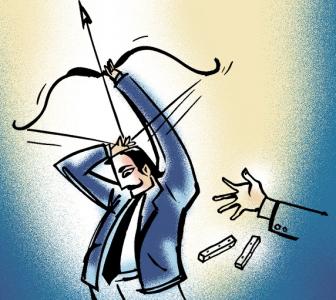 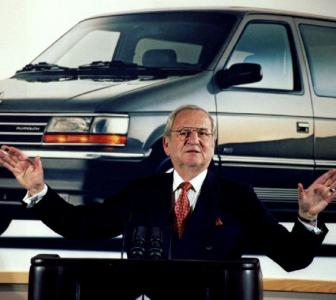 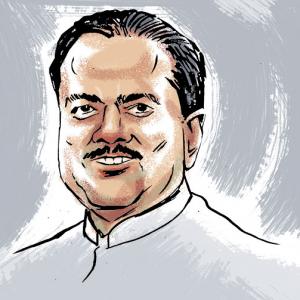