RCEP a done deal, but signing put off to Feb: Sources

Leaders of India and 15 Asia-Pacific countries are expected to announce later on Monday the successful conclusion of seven-year negotiations to create the world's largest free trade region -- though its formal signing will be pushed to February next year, diplomatic sources said.

IMAGE: Prime Minister Narendra Modi poses for a group photograph with the Association of Southeast Asian Nations leaders of other countries at the 16th ASEAN-India Summit, in Bangkok, Thailand, on Sunday, November 3, 2019. Photograph: PTI Photo.

The possible delay in firming up the Regional Comprehensive Economic Partnership during the 3-day ASEAN summit in Bangkok has been attributed to India's "new demands" on market access, and tariff related issues.

Sources said China was forcefully pushing for inking the deal during the RCEP summit later in the day, which was seen as an attempt to counter-balance the impact of its lingering trade war with the US as well as to project the region's economic might to the West.

When finalised, the RCEP would become the world's largest free trade area, comprising half of the world population and will account for nearly 40 per cent of the global commerce and 35 per cent of the GDP.

“The negotiations were conclusive,” Thai Commerce Minister Jurin Laksanawisit told reporters, adding a joint statement will be issued by the leaders at the RCEP summit later in the day.

Hardball negotiations to address sticky issues went down to the wire on Sunday with India holding on to its demand for amicable resolution of market access and tariff related issues.

On Saturday, the trade ministers from 16 RCEP countries failed to resolve the outstanding issues identified by India though back-channel talks continued on the sidelines of the ASEAN summit to resolve the sticky issues.

Prime Minister Narendra Modi and leaders of 15 other RCEP member countries will deliberate on the deal at the summit on Monday.

India has been forcefully raising the issue of market access as well as protected lists of goods mainly to shield its domestic market as there have been fears that the country may be flooded with cheap Chinese agricultural and industrial products once it signs the deal.

The sources said except India, all 15 RCEP member countries were on board in finalising the deal at Monday's summit.

Thai Prime Minister Prayuth Chan-ocha, addressing a press conference at the end of the ASEAN summit, called for concluding the negotiations for the RCEP deal.

The RCEP negotiations were launched by ASEAN leaders and the six other countries during the 21st ASEAN Summit in Phnom Penh in November 2012.

The objective of launching RCEP negotiations was to achieve a modern, comprehensive, high-quality, and mutually beneficial economic partnership agreement among the ASEAN member states and its FTA partners.

When asked whether India will take the plunge and sign the deal, two Indian officials said the country will be guided by its national interests but at the same time noted that the country was in favour of the regional deal.

Modi on Saturday said addressing India's concerns over “unsustainable trade deficits” remained important and that opening the vast Indian market must be matched by openings in some areas where Indian businesses can benefit.

“We have put forward reasonable proposals in a clear manner and are engaged in negotiations with sincerity. We would like to see commensurate levels of ambition on services from many of our partners, even as we are ready to address their sensitivities,” Modi said in an interview to Bangkok Post newspaper.

“Overall, we are clear that a mutually beneficial RCEP, in which all sides gain reasonably, is in interests of India and of all partners in the negotiation,” he said. 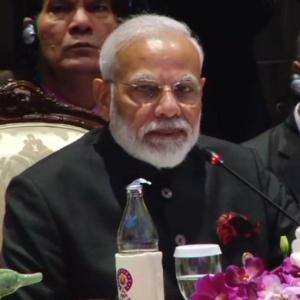 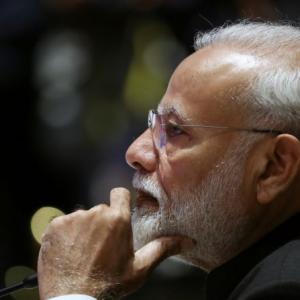