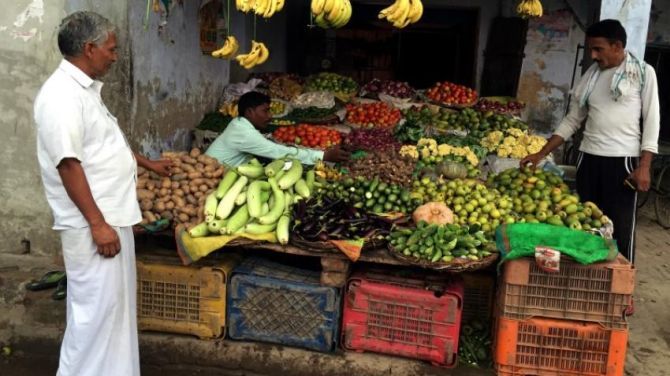 The minutes of the meeting of the Reserve Bank of India (RBI)’s monetary policy committee showed an unease among the six-member panel on rising inflation, which prompted them to exercise a rate pause, even as one member voted for a cut.

The October 4 policy meeting had left the repo rate unchanged at 6 per cent.

The recent rise in inflation, from 1.46 per cent in June to 3.36 per cent in August, was sharp and broad-based, said RBI Governor Urjit Patel.

“A combination of farm loan debt waivers by state governments and the implementation of the pay commission award could entail some fiscal slippages and pose a risk to inflation.”

Inflation expectations showed downward rigidity, he said, while there was a “loss of momentum” in the first quarter of the fiscal year.

The implementation of the Goods and Services Tax (GST) has rendered prospects for the manufacturing sector uncertain in the short term, which may further delay acceleration in investment activity, Patel said.

He advocated expeditiously addressing teething troubles relating to the GST. Concerted efforts also needed to be made to encourage investment activity by removing various constraints.

“Resolution of stressed balance sheets of banks remains important for supporting a revival in the investment cycle. Finally, government should adjust administered interest rate on savings instruments every quarter as per the formula to help with monetary transmission,” Patel said.

To keep inflation print at four per cent on a durable basis, it was important to recognise near and medium-term risks to the inflation outlook.

“We have to be vigilant on account of uncertainties on the external and fiscal fronts; this calls for a cautious approach,” the RBI governor said, voting for a pause, while maintaining the stance at neutral.

Fixing lending rate to an external benchmark, as proposed by a RBI study group, would help improve the transmission.

“In the meantime, given our inflation outlook has risen quite some distance over the target of four per cent, there did not seem much room for monetary policy adjustment,” Acharya said.

Reserve Bank of India’s executive director Michael Patra, said house rent allowance for central government employees, GST and the reversal of unfavourable base effect, coupled with a seasonal spike in vegetable prices, would push up inflation.

Rising crude oil prices would put pressure on prices too, while “the recent reduction in excise duties on petroleum products is an acknowledgement of the social tolerance threshold for inflation from this source,” Patra argued.

“The primary objective of the monetary policy enjoined by the RBI Act is challenged and the credibility of the MPC will be tested in the months ahead,” he said.

Chetan Ghate, an external member, said the sharp rise in inflation was not sustainable and the growth numbers of 5.6 per cent in the first quarter of fiscal 2017-18 was possibly a ‘trough’.

Economic activity would pick up from this point, he said, voting for a pause on rate.

Pami Dua, another external member, was in favour of a pause.

“In the current scenario, a wait-and-watch strategy is recommended, with continuous monitoring of data to distinguish between a temporary effect and a long-lasting, structural impact,” she added.

However, Ravindra Dholakia, the third external MPC member and a strong proponent of rate cut, argued for at least a 25-basis-point cut once again.

“The real cause of concern right now is the estimates of real GDP (gross domestic product) during Q1 of 2017-18 that showed a significantly more-than-expected slowdown of economic activity, indicating widening of the negative output gap in the economy,” Dholakia said.

This was also supported by RBI consumer confidence surveys, which showed sentiments worsening for income, employment and the overall environment, Dholakia argued.

Besides, the RBI has revised its gross value added (GVA) growth forecast downward in its October policy by 60 bps.

This suggests the negative output gap in the economy has widened and would continue widening in near future.

A cut of 25 bps in August was too small and too late. We can still make the additional cut of 25 bps now if we want to be extremely cautious.

Otherwise, my opinion is that we have space for a cut of about 40 bps at present with due consideration to any possible upward risk to future inflation,” Dholakia added. 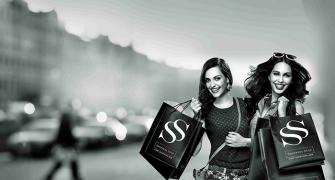 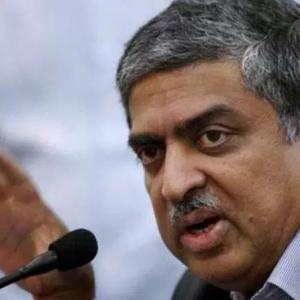 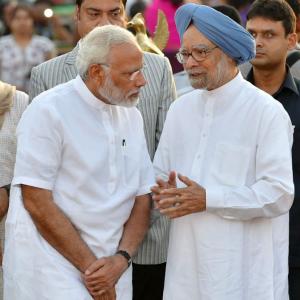