The monetary authority said it was worried on three fronts with regard to inflation as well as the economy. 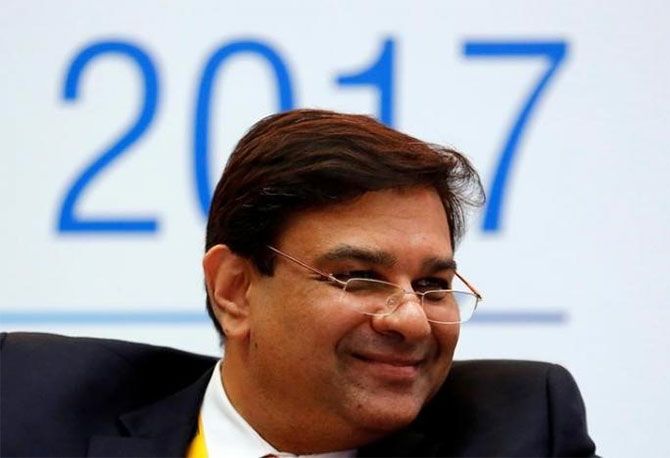 The Reserve Bank left its benchmark lending rate unchanged at 6.25 per cent for the third monetary policy review in a row on Thursday, citing upside risk to inflation.

RBI however increased the reverse repo rate -- which it pays to banks for parking funds with it -- by 0.25 per cent to 6 per cent, narrowing the policy rate corridor.

The Marginal Standing Facility, on the other hand, has been revised downwards by 0.25 per cent to 6.5 per cent. MSF is RBI's lending rate for banks against government securities.

RBI said in its first bi-monthly monetary policy review of 2017-18 that given the upside risks to inflation and excess liquidity in the system, the repo rate -- at which it lends to banks -- has been retained at 6.25 per cent.

The central bank said the policy decisions are unanimous.

The monetary authority however said it was worried on three fronts with regard to inflation as well as the economy.

The first stems from a possible El Nino impact on the monsoon.

"The main one stems from the uncertainty surrounding the outcome of the south west monsoon in view of the rising probability of an El Niño event around July-August, and its implications for food inflation," it said.

The second worry arises from the GST implementation, while the third upside risks to inflation comes from the 7th pay commission award, according to the Monetary Policy Committee.

It further said that in case the increase in house rent allowance as recommended by the 7th CPC is awarded, it will push up the baseline trajectory by an estimated 100-150 basis points over a period of 12-18 months.

"Another upside risk arises from the one-off effects of the GST. The general government deficit, which is high by international comparison, poses yet another risk for the path of inflation, which is likely to be exacerbated by farm loan waivers," the policy review said.

On the downside factors, it said, international crude prices have been easing recently and their pass-through to domestic prices of petroleum products should alleviate pressure on headline inflation.

Also, it added, stepped-up procurement operations in the wake of the record production of foodgrains will rebuild buffer stocks and mitigate food price stress.

It said that with progressive remonetisation, the surplus liquidity in the banking system has declined from a peak of Rs 7,956 billion on January 4, to an average of Rs 6,014 billion in February and further down to Rs 4,806 billion in March.

Currency in circulation expanded steadily during this period. Its impact on the liquidity overhang was, however, partly offset by a significant decline in cash balances of government up to mid-March which released liquidity into the system. 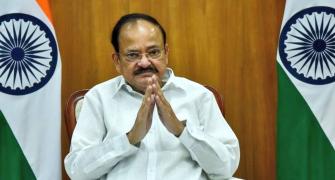