With the green cover gone, the bald roads to Puri are now reigned by lorries laden with electric poles, ambulances, fire service vehicles and cranes, signalling the rebuilding effort is in the works. 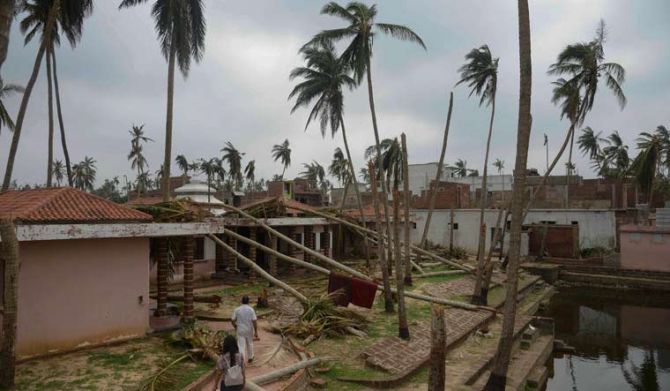 Barely 10 days after Cyclone Fani struck Puri, its trail of devastation is visible on the roads leading to the pilgrim town.

Frequented by tourists and devotees of all hues, the roads to the pilgrim town wear a deserted look.

With the green cover gone, the bald roads to Puri are now reigned by lorries laden with electric poles, ambulances, fire service vehicles and cranes, signalling the rebuilding effort is in the works.

Fani struck Puri's coast on May 3.

People in Puri are stressed as banking, telecom services, water and power supply have been paralysed.

While banking services and mobile connectivity have started resuming to an extent through alternative channels, water and power supply will take time to get fixed.

The district administration has pegged the loss in Puri district at Rs 4,000 crore, sources said.

“We are now doing a damage assessment in Puri. The relief and restoration work is in full swing.

"The water supply scenario is urban parts of the district is almost normal, while 80 per cent of the water supply pipelines in the rural areas are running with generators.

"While the assessment of the damage to the hotels in Puri will be done, relief for the hoteliers will be worked out,” said Balwant Singh, collector, Puri.

“Since the day the cyclone made its landfall in Puri, there is an acute problem of water supply. Power is yet to be restored.

"Unavailability of banking and telecom services is causing serious impediments in running our business.

"The administration should initiate immediate measures for providing the necessary services at the earliest", said Bisnu Prasad Sahoo, a resident of Puri.

Tourists are no less distressed.

For Bibhu Das, a frequent visitor to Puri from Bhubaneswar, the ride to the temple town was never punctuated by a sinking moment.

“The drive between Bhubaneswar and Puri used to be a  soothing one.

"With the roads devoid of trees now, shade will elude visitors.

"The heat and humidity is palpable more than ever before”, he said. 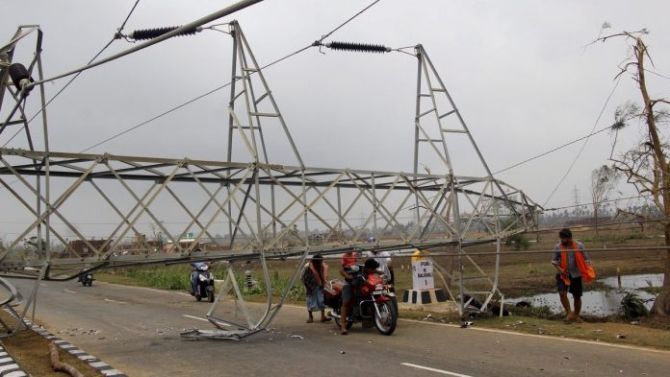 Losses to the power sector are gigantic, estimated at Rs 1,400 crore, with 60 per cent of the damage clustered in Puri.

The cyclone has torn apart 10,000 kilometers of high tension lines and a similar length of low tension ones.

Around 150,000 electric poles have been affected in the district, with a third of them in want of replacement.

The deluge of disaster, though, is tempered with a spell of relief from the government.

"Let’s see whether my turn comes or not.

"If not, I will have to come again tomorrow as my crops and house have been damaged.

"I have nothing now to make both ends meet, ” said Bhoi, a sharecropper, with teary eyes.

Small business owners and roadside peddlers, too, poured out their pain.

"I reopened my shop two days back. There are hardly any tourists. I am facing a lot of hardship.

"Even after toiling hard on a hot and humid day, I am yet to open my account,” said Biswanath Moharana.

He sells fancy items on the Grand Road on a makeshift arrangement.

Rabi Shankar Das, another trader dealing in silver utensils, ungrudgingly admits how the timely government relief of cash and rice is helping eke out the family’s expenses.

For Moharana and Das, the inbound tourists are prized customers. Tourism, battered and bruised after the cyclone's assault, has left them disconsolate.

“Without tourists, Puri is nothing. Our business depends on the flow of tourists.

"Since Fani wreaked havoc, the livelihood of over 4,000 families who run business on Grand Road have been affected.

"Lack of power connectivity has added to their woes. We are pinning our hopes on the Rath Yatra for a turnaround,” Das added.

The cyclone has deflated Puri’s hospitality industry as well.

“The hospitality sector in Puri is undergoing losses of Rs 2 crore each day.

"We are hopeful that the hotels in Puri will resume service in the next one month.

Puri's hotels have sustained extensive damage with sand dunes building up in their premises.

"The pilgrim town boasts of about 500 hotels. The state's tourism department has come up with an advisory to defer their travel plans to Puri and Konark till the first week of June.

“The damage to the properties of Odisha Tourism Development Corporation and tourism department have been estimated at Rs 19 crore.

"The loss of the entire industry has not been worked out,” said a senior official of the tourism department.

Further turbulence for Jet as top execs bail out

With Rs 100-crore kitty, is Dhoni setting up end game? 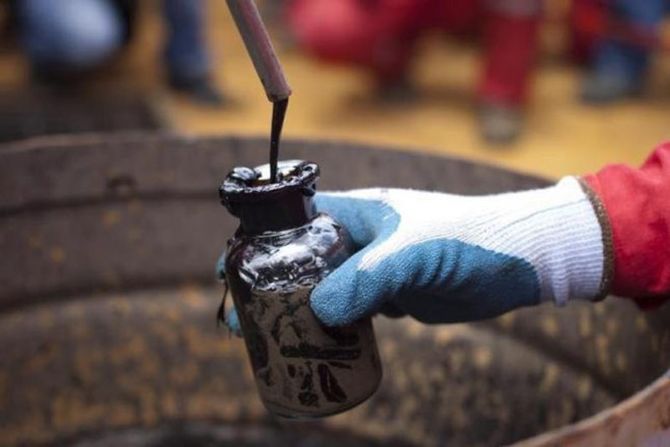