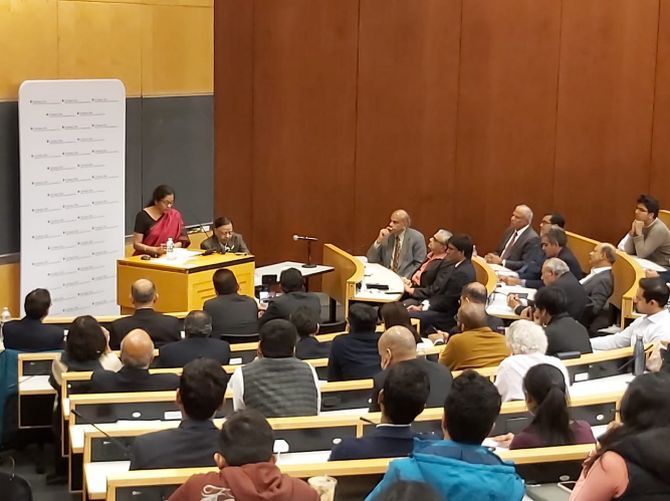 Delivering a lecture at the prestigious Columbia University's School of International and Public Affairs in New York on Tuesday, Sitharaman said that giving all the public sector banks a “lifeline” is today her primary duty.

"I'm taking a minute to respond… I do respect Raghuram Rajan as a great scholar who chose to be in the central bank in India at a time when the Indian economy was all buoyant,” Sitharaman said during the lecture organised by the Deepak and Neera Raj Centre on Indian Economic Policies of the Columbia University.

Asked about Rajan's comments during a recent lecture at Brown University in which he had apparently mentioned that in its first term, the Narendra Modi government had not done better on the economy because the government was extremely centralised and the leadership does not appear to have a consistent articulated vision on how to achieve economic growth, the minister said instead there were major issues with bank loans during Rajan's tenure as the central bank head.

"It was in Rajan's time as governor of the Reserve Bank that loans were given just based on phone calls from crony leaders and public sector banks in India till today are depending on the government's equity infusion to get out of that mire," she said.

"Dr Singh was the prime minister and I'm sure Dr Rajan will agree that Dr Singh would have had a ‘consistent articulated vision' for India,” she said amid laughter from the audience.

"With due respect, I'm not making fun of anybody but I certainly want to put this forward for a comment which has come like this. I have no reason to doubt that Rajan feels for every word of what he is saying. And I'm here today, giving him his due respect, but also placing the fact before you that Indian public sector banks did not have a worst phase than when the combination of Singh and Rajan, as prime minister and the governor of Reserve Bank, had. At that time, none of us knew about it,” she said.

Sitharaman said while she is grateful that Rajan did an asset quality review, but people should know what makes the banks ailing today.

"I am grateful that Rajan did an asset quality review but I'm sorry, can all of us put together also think of asking what ails our banks today. Where has it been inherited from,” she said.

Sitharaman said: "While economists can take a view of what prevails today or prevailed years ago, but I will also want answers for the time when Rajan was in the governor's post speaking about the Indian banks, for which today to give a lifeline is the primary duty of the finance minister of India. And the lifeline-kind of an emergency has not come overnight.”

"You need to have a country as diverse as India with an effective leadership. A rather too democratic leadership, which probably will have the approval of quite a lot of liberals, I'm afraid, left behind such a nasty stink of corruption, which we are cleaning up even today," she said. 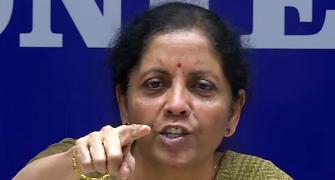 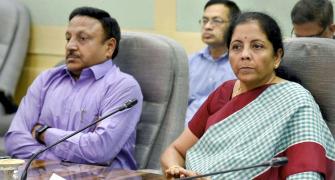 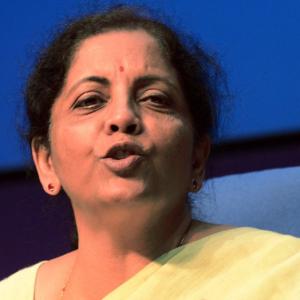 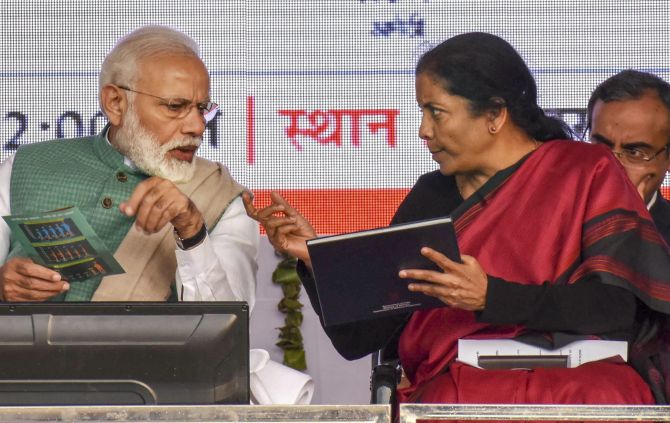