The gap between real growth and the government statistics has never seemed wider than today, notes Rahul Jacob. 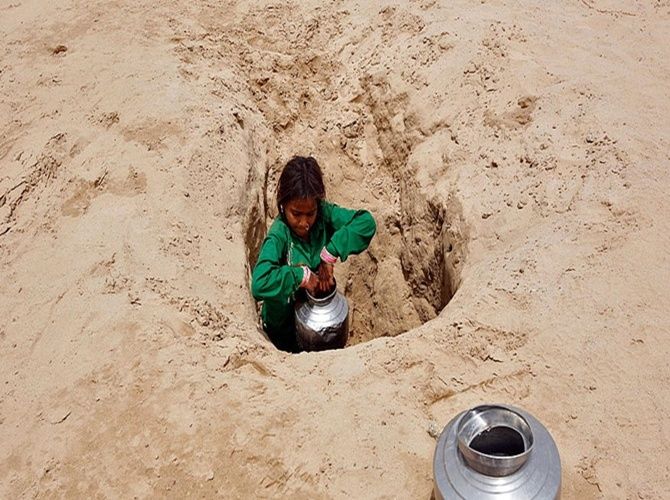 For the past decade and a half, economists have grappled with the puzzle of just how reliable China’s gross domestic product (GDP) growth rate numbers are.

Not only did the numbers come in consistently close to the Communist Party’s goals for GDP growth, but often the total output of the provinces added up to more than China’s national GDP.

Provincial officials and bureaucrats received promotions partly on the economic growth in their regions – which in itself would not be a bad idea in India – so there was an incentive to inflate growth.

That gap between real growth and the government statistics has never seemed wider than today with some analysts saying it is growing at about four per cent.

That is well below last year’s official growth rate of 7.4 per cent, but plausible given the drop in imports of iron ore and other commodities to China and the slowdown in the housing sector.

Economists have long relied on growth proxies such as electricity production, petrol and rail freight to gauge real growth.

Given this long-time scepticism about China’s data and the inevitable slowdown as it has grown to be a $10 trillion economy, it ought to have been cause for celebration when India’s GDP growth rate was revised in a new series to 7.4 per cent for the year ending March 31.

Sadly, in a déjà vu moment, economists and columnists in business papers have spent the past couple of weeks puzzling over the new numbers and comparing them to other, erm, growth proxies such as industrial output, bank credit and corporate profits. 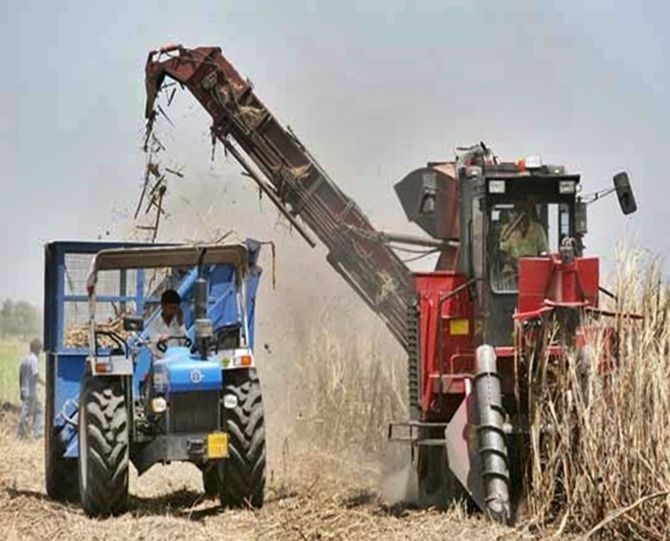 Image: India has undermined its own credibility. Photograph: Reuters

Reuters Breaking Views analyst Andy Mukherjee did some formidable number crunching to show that the handsome growth in the year ended March 2014 of 6.9 per cent was an implausibly rare event.

Pointing out that foreign capital inflows and imports had dropped sharply over the same period, he wrote, “No large economy has pulled off such a big improvement in its external balance at the same time as such a handsome pickup in output, according to a Breakingviews analysis of 189 nations over 33 years.”

No one is suggesting that the numbers have been deliberately inflated. A colleague and I interviewed chief statistician T C A Anant last month and while I don’t doubt the government’s sincerity, it needs to be able to explain the purported jump in GDP growth better.

Instead, analysts have been left thrashing about for explanations, which range from a jump in private and government consumption and the country’s new-found excellence at raising manufacturing productivity when evidence on the ground suggests otherwise.

Wednesday’s Business Standard surveyed nearly 3,000 companies and found that net profits had dropped by about 17 per cent in the December quarter. Industrial production in December, meanwhile, grew only 1.7 per cent. 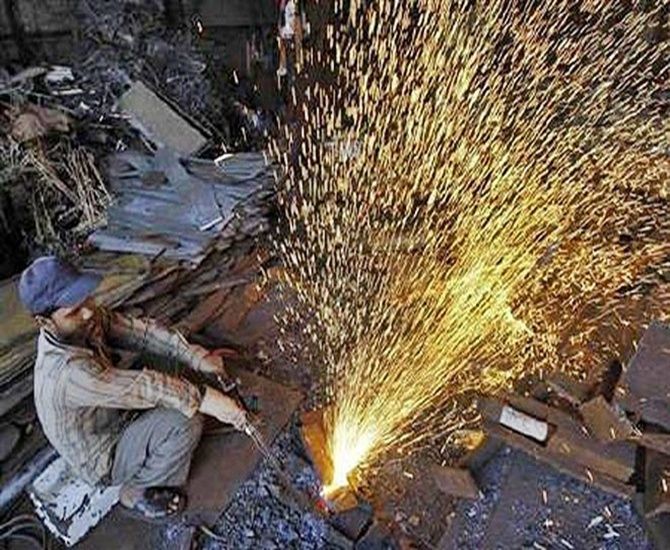 Mr Mukherjee and others have argued that by using the new series, India has undermined its own credibility.

In Hong Kong, a couple of weeks ago, I was asked by an analyst why India had gone the China way in inflating numbers — with rather less to show for it.

To paraphrase that old Nike advertisement, image may not be everything but it counts for a lot.

Sadly, in many ways, from the tall targets for opening bank accounts to building toilets, we are adopting the credulity-straining excesses of Chinese government-speak under the Narendra Modi government - without demonstrating that country’s ability to deliver consistent per capita income growth and pull off large city-planning projects and improvements in public health care.

Just days ago, Piyush Goyal boldly declared that India would be energy-surplus by 2019. Given how many rural households have no electricity at all, it’s not clear how this will be achieved. 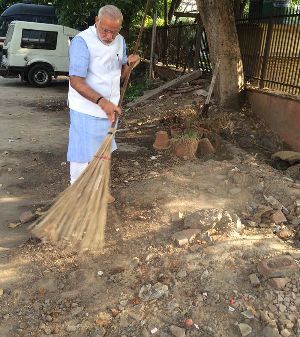 Swachh Bharat has similarly audacious goals, even though large parts of the country do not have even rudimentary sewage systems or even piped water to people’s homes.

Foreign non-governmental organisations working in India have far more feasible prototypes for innovative toilets developed for a water-scarce country than our government does, which is troubling, even shameful.

What the management guru Jim Collins once called Big, Hairy Audacious Goals have their place in energising a company and even a country; but without detailed plans to execute them and close project monitoring, they sound like a particularly empty kind of boasting.

Meanwhile, the number of accounts with a zero balance more than doubled from 41 million to 84 million over the same period. Let’s hope the direct benefits transfer can put some money in them quickly.

And here’s the rub: for all the inflating of data in China, there are very real signs of leap-frogging growth everywhere you go in the country. 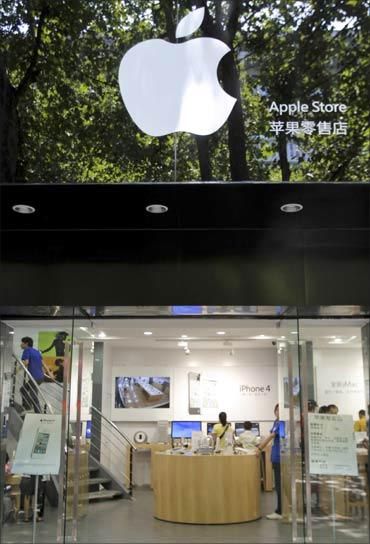 One gawks at factories that make iPhones that seem like townships and cover three square kilometers in Shenzhen and employ a quarter of a million people. One gasps at six-lane highways even in troubled Xinjiang.

The effect of double-digit growth in per capita incomes in villages is also hard to miss.

There are public toilets everywhere in its cities and, despite an increase in obesity, its public health indicators tower over India’s.

A month ago, when China’s chief statistician Ma Jiantang tried to put a positive spin on the slower GDP growth rate of 7.4 per cent, reporters at the press conference in Beijing chuckled.

But there was plenty of good news: new jobs grew by 13.22 million, well in excess of the government’s target of 10 million. The services sector seems especially buoyant, accounting for 48 per cent of China’s GDP.

The Union Budget and the months ahead are an opportunity to put substance behind the government’s tendency to announce utterly implausible new goals. 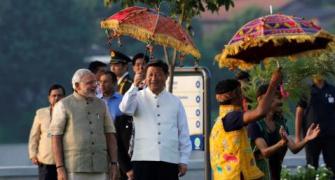 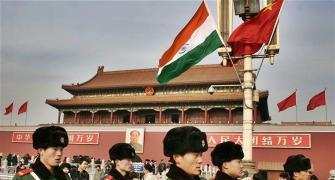 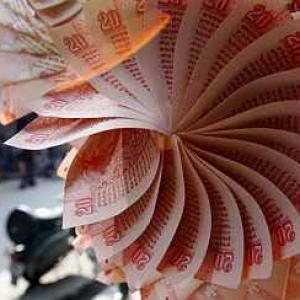 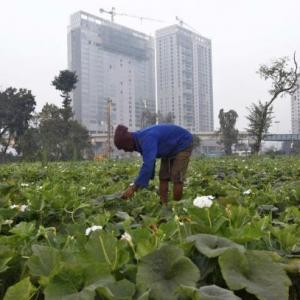