Petrol and diesel prices on Friday rallied to their highest ever levels across the country, as fuel rates were hiked again by 35 paise a litre. The price of petrol in Delhi rose to its highest-ever level of Rs 105.14 a litre and Rs 111.09 per litre in Mumbai, according to a price notification of state-owned fuel retailers.

This is the second straight day of 35 paise per litre increase in petrol and diesel prices.

Since the ending of a three-week-long hiatus in rate revision in the last week of September, this is the 14th increase in petrol price and the 17th time that diesel rates have gone up.

While petrol price in most of the country is already above Rs 100-a-litre mark, diesel rates have crossed that level in a dozen states, including Madhya Pradesh, Rajasthan, Odisha, Andhra Pradesh, Telangana, Gujarat, Maharashtra, Chhattisgarh, Bihar, Kerala, Karnataka and Leh.

This is because the international benchmark Brent crude is trading at $84.61 per barrel for the first time in seven years.

Since then, diesel rates have gone up by Rs 5.25 per litre and petrol price has increased by Rs 4.25.

Before that, the petrol price was increased by Rs 11.44 a litre between May 4 and July 17. 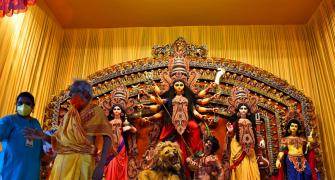