China's debt is dangerously high -- at close to three times its GDP, with the ratio having nearly doubled in recent years, observes T N Ninan. 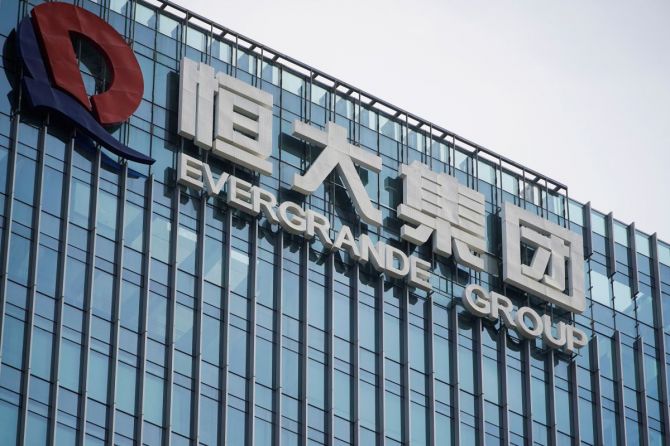 As the world's manufacturing hub, and its leading trading nation, it is the primary contributor to changes in global demand and to trade in virtually every commodity.

This year, China is expected to contribute more than a third of global growth.

It follows from all this that if China slows down, the world will slow down.

And if Chinese demand falls, prices will fall for everything from oil to steel.

The repercussions will be felt in all markets, including in the world of finance.

So the crisis in China's biggest housing company, Evergrande, owned by the man who used to be China's wealthiest individual, has made markets nervous everywhere.

Evergrande's business is humongous: It has some 1.6 million houses under construction, and it has debt of $300 billion (close to the total of India's large corporate sector).

It owns two-thirds of an electric vehicle company that, before it had turned out even one vehicle, was valued higher than Ford Motors.

When a company of that size teeters on the edge of financial default, markets hold their breath -- as they have done this past week.

Evergrande's share price has already fallen to one-sixth of its level a year ago.

Its bond prices fell to 26 cents to the dollar -- investors hoped to get back a quarter of the money they put in -- before recovering partially.

Evergrande has failed to pay staff salaries, and bills of vendors.

Some local governments have forbidden the sale of fresh apartments.

If the company does keel over, it will have ripple effects on other housing companies in China, and raise the risk premium for emerging market bonds.

If credit flow dries up, even otherwise viable companies in China might suddenly find that they cannot continue operations.

And yet, when set against the scale at which the Chinese economy operates, this looks like a small problem that can be fixed without too much difficulty.

Evergrande's $300 billion debt amounts to a fraction of 1 per cent of total Chinese debt.

The Chinese authorities can restructure the company, unrelated businesses (like the electric vehicle company) can be sold, and so on.

Evidence of State backing can calm markets and limit the toxic fall-out.

But there's the rub. Evergrande is in trouble because it is a part of a much larger problem that forced Beijing last year to crack down on excessive debt, especially but not only in housing companies.

As is well known, China's debt is dangerously high at close to three times its GDP, with the ratio having nearly doubled in recent years.

Beijing then signalled that it was serious by allowing a few companies to go under.

If it now bails out Evergrande, other companies will expect similar treatment - and that would defeat the purpose of the financial squeeze.

The course of events will be decided by Beijing's perception of financial contagion and systemic risk.

In short, while Evergrande may account for less than 1 per cent of total Chinese debt, is it too big to be allowed to fail?

The international financial implications of Evergrande going under may be limited since most of its debt is domestic.

Still, there will be second-round effects.

More importantly, if it is the free flow of credit that has helped to sustain China's rapid growth, especially after the international financial crisis of 2008, tighter credit norms must affect the pace of Chinese economic activity and therefore of the larger global economy.

Even if Evergrande survives, it will take years to repair balance sheets -- as India has painfully discovered.

Either way, this could mark the end of the long run of 'miracle' growth that has made China the world's second-largest economy, and a challenger to the United States in economic and strategic clout.

A modified script may now need to be written. 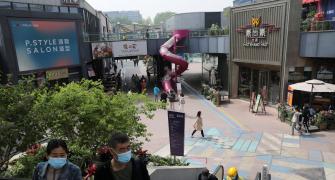