News
Business
Movies
Sports
Cricket
Get Ahead
Money Tips
Shopping
Sign in  |  Create a Rediffmail account
Rediff.com  » Business » How to avoid TDS on your investments

How to avoid TDS on your investments

Use Forms 15G or 15H, depending on age, to avoid tax deduction at source if you don’t have taxable income 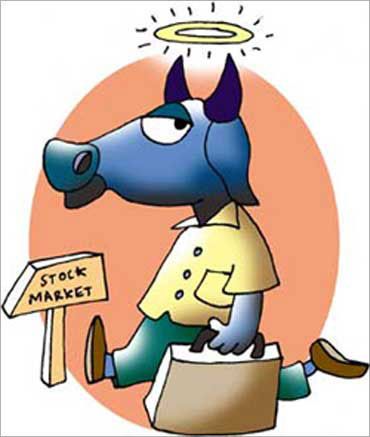 Tax deduction at source (TDS) is an irritant for small taxpayers who have zero tax liability. They have to first go through the process of claiming the refund and then wait for the money to be credited in their account. By planning your taxes at the beginning of the financial year, you can avoid these hassles.

If your total income in a financial year is below the taxable limit, you can fill up Form 15G or 15H to avoid tax deduction at source on your investments. However, keep in mind that declaration made under these are not a way to save tax on income but only a means to prevent TDS. Familiarise yourself with the rules governing the usage of Forms 15G/15H so that you don’t get penalised for wrong filing.

A person needs to submit these forms with financial institutions where he has investments such as bank, postal or company fixed deposits and recurring deposits.

“Individuals who are below the age of 60 or Hindu Undivided Families (HUFs) can submit a declaration through Form 15G if the tax liability on their estimated income for the year is zero. Additionally, the amount of interest income they earn in the year should not exceed the amount of basic exemption (Rs 2.5 lakh).

Only if both these criteria are met can one submit Form 15G and the entire interest income will be credited to you without any tax deduction,” says Vaibhav Sankla, director at H&R Block India.

In cases where a fixed deposit is held jointly, the declaration should be filed by the first holder.

Form 15H, on the other hand, is meant for senior citizens - those who are above the age of 60. Only one condition applies to them — the income tax liability of their estimated taxable income should be zero, says Sankla.

This apart, you need to register your Permanent Account Number (PAN) with the TDS deductor (say, your bank) to be eligible to file a declaration through Forms 15G and 15H, informs Kuldip Kumar, partner-tax & regulatory services, PwC India.

Also, the above declaration can be submitted only by a person who is an Indian resident. NRIs cannot avail of TDS exemption.

The declaration forms 15G and 15H should be submitted at the beginning of the year before the bank deducts tax. Otherwise, you will be forced to take the refund route.

There is no last date as such for submission of Forms 15G or 15H. Also keep in mind that you need to submit a separate declaration at each bank branch where you have a fixed deposit.

In case you file the declaration form and later realise that your income for the year has changed, you can withdraw the submitted declaration. Banks allow filing of withdrawal application form. You only need to mention the correct income details and the reason for change in it.

Since June 2015, if an employee has rendered service for less than five years and has accumulated a balance of more than or equal to Rs 30,000 in Employee Provident Fund (EPF), he is required to submit Form 15G or 15H along with PAN to avoid TDS. Otherwise TDS will be deducted at 10 per cent (provided PAN is registered).

In order to reduce cost and make it convenient for the taxpayer and the deductor, the Central Board of Direct taxes (CBDT) has simplified the format of these forms and the procedure for self-declaration from October 2015. Now, these forms can be furnished both in paper and electronic formats.

An acknowledgement will be generated online with a unique number, which will make it easier to track the status of the declaration post submission. Earlier, there were a lot of instances wherein even after submission of the forms the deduction was made and it was difficult to know where the problem lay. This will now be eliminated. However, check if your bank allows online filling as not all banks do so.

Be careful when you file the declaration this year. Ensure that you fulfil all the criteria applicable to you. Filing either of the forms randomly can land you in trouble.

“A wrong declaration in Form 15G can be prosecuted under Section 277 of the Income Tax Act, 1961. This can result in rigorous imprisonment of anywhere between three months and two years along with a fine. The jail term can be extended up to seven years along with a fine, if the tax sought to be evaded exceeds Rs 25 lakh,” says Kumar.

Criteria you must fulfil 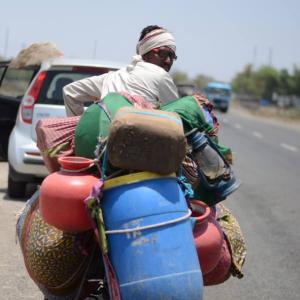