The government had on Wednesday faced major embarrassment in the Rajya Sabha as five amendments moved by the Congress and the CPI-M to the Finance Bill were adopted and approved by the House. Parliament on Thursday approved the Finance Bill 2017 after the Lok Sabha rejected five amendments moved to it by the Upper House with regard to curbing more powers to taxmen and a cap on donation by companies to political parties.

Winding up the debate on amendments passed by the Rajya Sabha, Finance Minister Arun Jaitley said they cannot be accepted by the government, but invited suggestions from political parties, including the Congress and the Biju Janata Dal, to make the electoral funding more clean and transparent.

The Lok Sabha later rejected the Rajya Sabha amendments by a voice vote, thus passing the Finance Bill 2017 and completing the budgetary exercise for 2017-18.

Jaitley said most of the donations that come to political parties now are from unclean money and there was complete non-transparency.

Defending the budget proposal, he said it was not possible for the government to accept the amendment as it would limit the number of donors to political parties.

With regard to the taxation amendments proposed by the Rajya Sabha, he said the current position will continue and the government, as a matter of "abundant caution" and to protect whistle-blowers, has specified in the bill that the "satisfaction note" will not be given to the target of investigation.

"It would be disastrous to do that," Jaitley said, adding such information can only be given to the courts.

The finance minister, during the course of his reply, also took a dig at the Congress, saying if they had a problem with the electoral bonds, they could continue to accept donations by cheque and see how many people donates to them.

The government had on Wednesday faced major embarrassment in the Rajya Sabha as five amendments moved by the Congress and the CPI-M to the Finance Bill were adopted and approved by the House.

"I have an open invitation to all, please suggest to me a better system which will ensure clean money and transparency to the extent possible. I am yet to receive a single suggestion.

"I am only hearing adjectives like 'it must be clean', 'it must be transparent'. Please give me an ideal combination of the two. We are willing to consider it. I will wait for a specific suggestion," Jaitley said. 17 Acts to be amended through Finance Bill 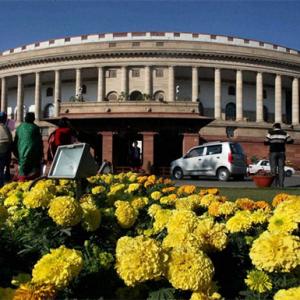