'The plan is to secure nod of the Union Cabinet and other relevant regulatory approvals within the next three months,' a senior finance ministry official said, requesting anonymity. Even as the consolidation plan of the three public sector general insurance companies -- National Insurance, United India Insurance and Oriental Insurance -- is back in the spotlight of the government, the financial health of all three companies looks bleak.

Senior finance ministry officials said the plan to consolidate the three companies is ready, in the form of a cabinet note, and will be taken up immediately once the new National Democratic Alliance (NDA) government takes charge.

"The plan is to secure nod of the Union Cabinet and other relevant regulatory approvals within the next three months," a senior finance ministry official said, requesting anonymity.

The cabinet note has given various options for consolidation, which includes both acquisition and merger routes.

However, the insurance firms may need to be recapitalised before the merger takes place and the new government may also take a call on it.

According to senior official of a public sector company, last year, in their presentation to the finance ministry, the companies had stated a collective recapitalisation need of between Rs 9,000 crore and 15,000 crore, with each requiring about Rs 3,000-5,000 crore.

Even as the government is exploring the acquisition route for consolidation, the financial condition of all the three companies looks weak.

None of them may be in a position to become the acquirer, according to a senior official in the public sector general insurance sector.

Of the three companies, the solvency ratio of two companies -- Oriental and National Insurance -- slipped below the regulatory requirement of 1.50 in Q3, states the latest available data.

Solvency ratio is one of the key matrices to assess the financial health of an insurance company.

It determines if cash flow is sufficient to meet short- and long-term obligations.

"The companies are reaching a critical point, and there is an immediate need for recapitalisation," said a senior official in the government's general insurance space.

The other two companies also reported loss -- about Rs 1,177 crore at National Insurance, and Oriental Insurance at Rs 634 crore, till Q3 of FY19.

Moreover, there is acute staff crunch in the companies.

According to rough estimates, in the officers' grade alone, close to 600-900 posts are vacant since the last one year.

Notably, in the next two to three years, about 25 per cent of the workforce, especially at the clerical level, is expected to retire. Each year, every public sector general insurance firm recruits 200-300 at the officers' level, in general.

In the February 2018 Budget, the central government announced its plan to merge the three firms.

Since then, due to policy indecisiveness, much of the market share of the three companies shifted to the private sector.

Also, last year, the government made amendments in the Motor Vehicles Act, 1998, which stipulated almost 10-fold increase in the minimum compensation for injury or death due to road accidents.

This led to massive rise in provisions by the public sector companies, with the private sector firms going slow on motor insurance. 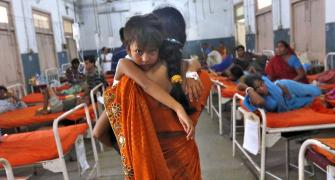 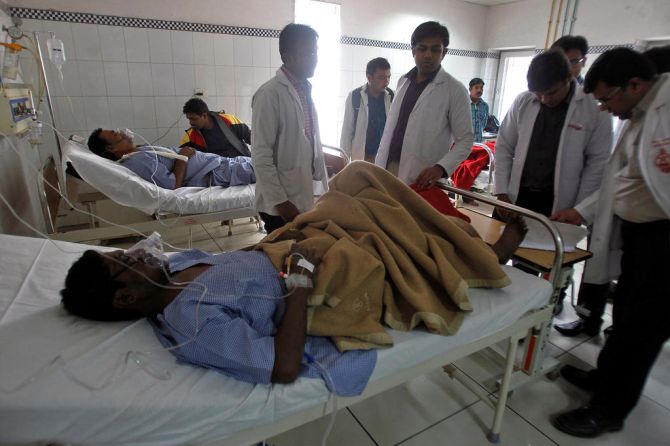