With auditing under the scanner and two of the Big Four firms stopping non-audit services for audit clients, auditors will now be subjected to a more stringent standard of reporting.

In a bid to bring greater financial discipline in audits, the government has asked auditors to provide details like loans given by a company for reporting whistleblower complaints and assessing internal audit mechanisms of firms.

In a press statement issued on Wednesday, the corporate affairs ministry said it had notified the Companies (Auditor’s Report) Order, 2020, (CARO) on Tuesday to enhance due diligence and disclosures by auditors and bring greater transparency into the financial affairs of companies.

The rules will apply to audit reports for the financial years commencing on or after April 1, 2019.

The revisions have also put greater onus on companies to share information with the auditors.

With auditing under the scanner and two of the Big Four firms stopping non-audit services for audit clients, auditors will now be subjected to a more stringent standard of reporting.

Expanding the scope of audits beyond their current limits, auditors will now also have to specify the aggregate amount of loans taken without any terms for repayment, their percentage to total loans granted, and loans granted to promoters and related parties.

“Government has taken lessons from fraudulent activities to plug the loopholes being used by the companies to misguide investors and regulators,” said Ankit Singhi, partner, Corporate Professionals.

The clauses of CARO 2016 have been redrafted to ask auditors to provide details such as immovable properties whose title deeds are not held in the name of the company but are disclosed in the financial statements.

Disclosure of details of proceedings against the company for holding benami property and whether the company has disclosed the details in its financial statements is also to be mentioned by the auditor.

Taking a cue from cases such as IL&FS, where the holding company investor did not know the goings-on of its over 300 subsidiaries, the government has asked auditors to mention any qualifications or adverse remarks by the respective auditors of the companies included in the consolidated financial statements.

The auditor will also be required to provide their opinion on the financial ratios, ageing and expected dates of realisation of financial assets and payment of financial liabilities.

“These revisions to enhance reporting requirements are intended to bridge the expectation gap and will provide useful information to users about the underlying financial statements and the findings of the auditor,” said P R Ramesh, former chairman, Deloitte India.

To keep the evergreening of loans in check, auditors will have to file disclosures on whether the company has taken funds from any entity to meet the obligations of its subsidiaries or joint ventures and if it has raised loans during the year on the pledge of securities held in such entities.

Auditors will also report if the company is a declared wilful defaulter by any bank or financial institution and consider the issues, objections or concerns raised by the outgoing auditors before forming an opinion.

Besides, all statutory dues that have not been deposited on account of any pending dispute are also required to be disclosed.

The new rules have also covered the disclosure regarding inventory.

The auditor has to provide specific details of whether the company has been sanctioned working capital limits in excess of Rs 5 crore from banks or financial institutions on the basis of security of current assets.

“Discrepancies of 10 per cent or more in the aggregate of each class of inventory noticed during physical verification of inventory would have to be reported,” the press statement said.

To reduce the manipulation of books, auditors will have to verify if quarterly statements filed with such banks are in agreement with the books of accounts.

“Auditors are now required to comment on 50 matters in CARO including sub-clauses, as against 21 matters in 2016,” said Sanjeev Singhal, partner, SR Batliboi and Co.

"These steps may act as early warning signals both for the management as well as the  regulators,” he added.

The auditor also has to report if the company has conducted any non-banking financial or housing finance activities without a valid certificate of registration from the Reserve Bank of India (RBI).

CARO applies to all companies except those mentioned in its negative list. 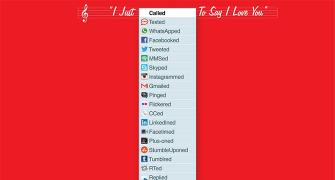 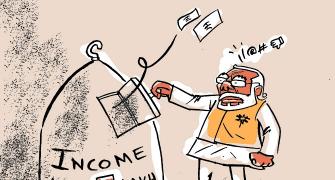