School dropout Mahashay Dharampal Gulati, famously known as 'MDH Dadaji' for repeated appearance in his spice brand's television ads, started his spices business journey in a nondescript shack in Delhi's Karol Bagh after selling his tonga, and went on, at the age of 94, to becoming the highest-paid CEO in the country's FMCG sector. IMAGE: A vehicle carrying the mortal remains of MDH group chairman Dharampal Gulati on its way to the crematorium, in New Delhi, December 3, 2020. Photograph: PTI Photo.

Gulati, also known as the ‘Spice King’, was born in Sialkot (now in Pakistan) on March 27, 1923, and moved to India after Partition and set up his business in Delhi.

His father had a spice shop in Sialkot, called 'Mahashian Di Hatti' (MDH), but the outlet was popularly known as 'Deggi Mirch Wale'.

His family left behind everything during Partition to come and settle in Delhi.

Gulati, who dropped out of school in 1933 after class 5, dabbled in many odd jobs including learning woodwork, working in a soap factory, fabric factory and a rice factory.

After Partition, he arrived in Delhi in September 1947 with Rs 1,500, mentions a bio-sketch of him on MDH's portal.

He used the money to buy a tonga (horse cart) for Rs 650 and drove it from New Delhi railway station to Qutab Road and Karol Bagh to Bara Hindu Rao for a few days.

He sold his carriage in October 1948 to restart his ancestral business by opening a small shop at Ajmal Khan Road, Karol Bagh.

And he never looked back.

As the business grew, he himself appeared on television commercials endorsing Deggi Mirch, Chat Masala, and Chana Masala, among the most famous products from the MDH stable, which has over 50 products.

Over the years, the MDH Dadaji, or Mahashay as he was popularly known, became a household name.

The King of Spices is now no more -- he passed away in Delhi on December 3, aged 97. His father Mahashay Chunni Lal Gulati founded MDH Spices in 1919, and Dharampal would later turn it into a Rs 1,500-crore empire.

The company was officially established in 1959 when Gulati bought land in Kirti Nagar and set up a manufacturing unit.

Starting with manually ground spices, MDH soon switched over to automatic machines to meet the fast-growing demand for spices. Today, spices worth crores of rupees are manufactured and packed by modern machines and sold throughout India and abroad by the company through a network of over 1,000 stockists and over four lakh retail dealers.

These machines have the capacity to produce 30 tonnes of spices in powders packed in different sizes (10g to 500g) in a day.

Today, MDH spices are exported to various parts of the world, including the UK, Europe, UAE and Canada.

Gulati, who took home Rs 21 crore salary in 2017, was said to donate nearly 90 per cent of it to charity through his Mahashay Chunni Lal Charitable Trust. The trust operates a 250-bed hospital in Delhi, along with a mobile hospital for slum-dwellers as well as four schools.

For his contributions, Gulati was awarded the Padma Bhushan, the country's third-highest civilian award, in 2019.

Tributes for the entrepreneur, whose face became synonymous with his brand, poured in on social media platforms. 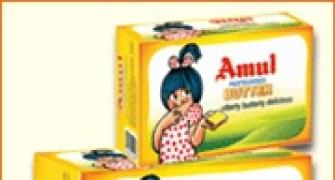