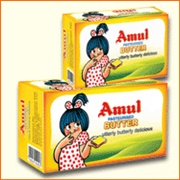 Brand mascots have always been around. The iconic Air India Maharaja, the famous Zoozoo of Vodafone, and the ingenious Amul butter girl, the rather ignored 'Stumpy' the elephant of the ongoing cricket world cup: the list is never-ending.

But how often has a brand mascot been able to single-handedly define the entire brand value proposition? And also help create a separate identity for the brand?

MDH has been able to do just that. Yes, we are talking about the elderly figure who forces his way into all their advertisements, not quite helping them with his coolness quotient, and often out of place with the individual ad's theme.

What to a common viewer might look like the advertisements' weakness is actually its strength. Spices are seen as traditional preparations.

Today's time-crunched mommies and grannies are taking to packed spices in a big way but they still see it as a compromise and swear by traditional home-ground spice recipes.

Rather than trying to kill this traditional myth, MDH has chosen to ride on it and rightfully so.

The mascot implies to the consumer that the product is not being produced by some large automated 'out of touch' firm but by someone who has traditionally been in the spice making business.

Calling him 'Masalon ke Shehanshah'(The Masala King) is an attempt by the firm to highlight this.

More importantly, it helps MDH create a separate identity for itself. In the largely generic advertising for packed spices and spice mixtures, almost all ad campaigns revolve around 'taste'.

While competitors have come up with some great ads, these very adverts haven't been able to create a separate identity for the brands, doing little to increase brand recall.

While Everest commercials are good ads, they do nothing to differentiate the brand: Just replace Everest by any other brand in the end and it would be as consistent with the other brand's advertising as with Everest.

So how do you differentiate? And if you don't, how would your ads help create long-term value for the brand?

But every time the customer sees the mascot in an MDH commercial, it subconsciously adds up in his mind, the better the advert, more the brownie points to the brand.

We have often seen ad campaigns that, despite being entertaining and involving end-up with the customer, do not make us remember the brand's name.

MDH's mascot is apparently a solution to this very problem.

The company has also come up with some excellent jingles "Asli masale sach sach, MDH MDH" "MDH ki deggi mirch" and the likes backing themselves with some solid advertising.

Add our Haryana chieftain oldie to it and we have a winning 'recipe'. But this heavy reliance on him could actually become a problem for the firm once he is no more. How MDH reacts then would be interesting to see.

A pioneer in packed spices' marketing at a national scale, MDH still remains a market leader and, unless competition does a serious rethink, the reign might just continue.

An interesting point I would like to add in the end is that this formula isn't as simple as it seems. In this case, there is a perfect fit between the product and the mascot, but things might get ugly if that's not the case.

An example would be the Country Club Holidays ad. Here again, we have the company's promoter, a middle-aged man, coming in all its commercials. But he ends up ruining the brand's image.

(The author is a PGDM-2012 student at the Indian Institute of Management, Calcutta) 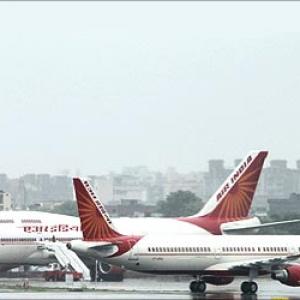 Why the Air India Maharaja is in a mess