Loop Telecom was 'front company' for Essar: CBI to court 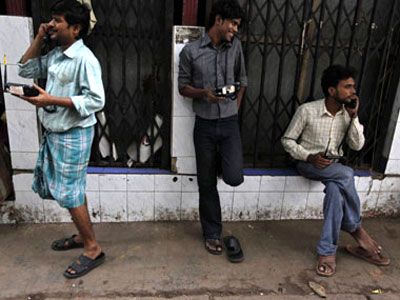 Central Bureau of Investigation, on Monday, told a special court that Loop Telecom Ltd was a "front company" for Essar Tele Holding Ltd to bag 2G spectrum licences in violation of a provision under the Unified Access Services Licences guidelines.

Advancing the ongoing final arguments in the case, special public prosecutor Anand Grover said that violation of clause 8 of UASL guidelines by the accused firms was a crucial factor.

As per clause 8 of UASL guidelines, "No single company or legal person, either directly or through its associates, shall have 10 per cent or more equity holding in more than one licensee company in the same service area for same service."

Grover told Special CBI Judge O P Saini that purpose of clause 8 of UASL guidelines was to encourage competition in the telecom sector.

"Clause 8 of UASL guidelines was violated in this case. This (clause 8) was to avoid dominant position of a particular telecom company in a particular service area. The applicant company (LTL) was a front company for ETHL," he alleged.

During the brief arguments, Grover said, "On all count, from whichever way this court will see, clause 8 of UASL guidelines was violated in this case."

The ongoing arguments in the case remained inconclusive and would continue on August 5.

CBI had earlier told the court that accused firm LTL was "used" by Essar Group of companies to acquire 2G licences by "circumventing" the procedures.

The five individual accused, who are out on bail, have denied the charges levelled by CBI.