New Planning Commission data show poverty has declined eight per cent in the past five years.

But, the bad news is the updated poverty estimates of the Tendulkar Committee have lowered the poverty line itself from Rs 32 a day to Rs 28.

This is bound to revive the bitter debate about who is poor, started first by a Supreme Court affidavit filed by the Planning Commission last year when it referred to the 2004-05 poverty line definition of Rs 32 a day.

The new, updated data released by the commission on Monday, based on the price indices computed  from the 66th Round NSS (2009-10) data on Household Consumer Expenditure Survey, say anyone who has Rs 28 to spend daily is out of poverty.

Poverty in the country, according to the new data, declined 7.4 percentage points in the past five years, from 37.2 per cent to 29.8.

The numbers show the northeast states of Assam, Meghalaya, Manipur, Mizoram and Nagaland have become the new poverty hubs of the country, where the poor have grown 10 per cent in the five years.

Poverty has declined only marginally in the traditionally poor states of Bihar, Chhattisgarh and Uttar Pradesh, mainly in rural areas.

That is lower than the poverty line for 2004-05 cited in the Planning Commission's affidavit in the Supreme Court, which created a huge furore.

"I firmly believe that when the final numbers of poverty till 2011-2012 come out in 2013-14, the actual decline in poverty would be much larger than 1.46 per cent per annum as 2009 was a drought year," said Planning Commission deputy chairman Montek Singh Ahluwalia.

The latest findings on poverty will not determine the Centre's allocation for social sector spending as it has already been delinked from poverty estimates.

"Entitlements under social security programmes like the food security Bill and also transfer of resources from the Centre and states won't be dependent on this poverty line, but will be determined by the ongoing socio-economic caste census expected to end this year," Planning Commission member Abhijit Sen told reporters.

Sen, who heads the panel that will work out the final poverty numbers, said the matter was being handled by Parliament and, hence, a final outcome would depend on its views.

"The debate on whether this poverty line as set by the Tendulkar Committee is too low, is another factor, but if official numbers are considered, then the data show that not only poverty as a percentage of total population but also in actual terms has come down from 2004-05 to 2009-10," Ahluwalia said.

Meanwhile, civil society is set to raise its voice in protest once again at the lowering of the poverty line.
BS Reporter in New Delhi
Source: 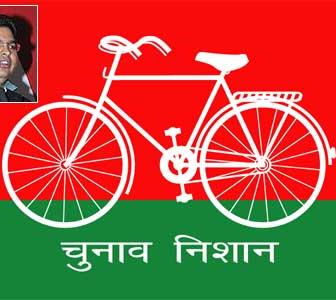 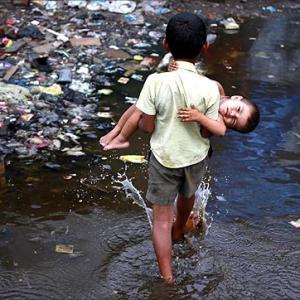 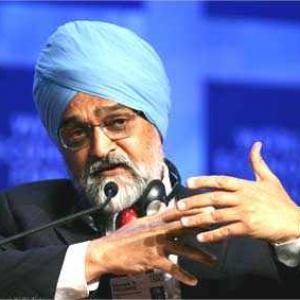 'Let's not spend too much energy focusing on the Budget'