However, the Indian economy is expected to bounce back in 2021, the World Bank said. 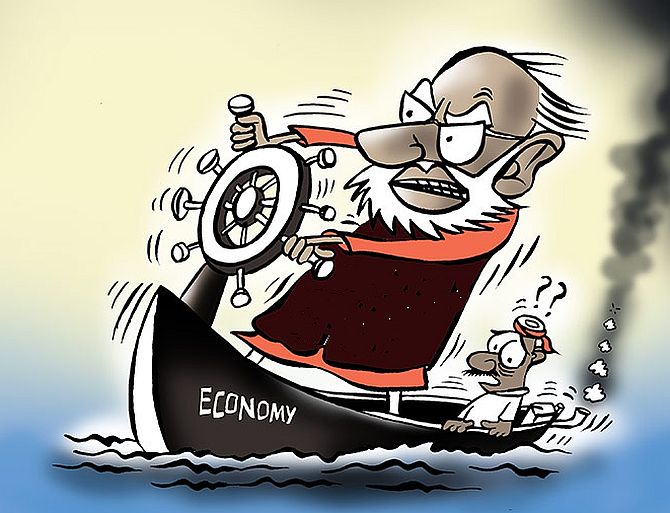 India's economy will shrink by 3.2 per cent in the current fiscal, the World Bank said on Monday as it joined a chorus of international agencies that are forecasting a contraction in growth rate due to the coronavirus lockdown halting economic activity.

The Washington-based multilateral lender said that the COVID-19 pandemic and the multi-phased lockdown imposed to curb its spread has resulted in a devastating blow to the Indian economy.

In its latest edition of the Global Economic Prospect, the World Bank downgraded its projection of India by a massive negative nine per cent.

However, the Indian economy is expected to bounce back in 2021, the World Bank said.

"Stringent measures to restrict the spread of the virus, which heavily curtail short-term activity, will contribute to the contraction," it said in the Global Economic Prospect report.

International rating agencies like Moody's Investors Service, Fitch Rating and S&P Global Ratings have all predicted a 4-5 per cent contraction in India's economic growth rate during April 2020 to March 2021 fiscal.

Crisil has said this would be the country's fourth recession since Independence, first since liberalisation, and perhaps the worst to date.

The World Bank said spillovers from the weaker global growth and balance sheet stress in the financial sector will also weigh on activity, despite some support from the fiscal stimulus and continued monetary policy easing.

According to the report, the central bank has been purchasing government bonds to further ease the financial conditions.

The Indian government has also increased its spending on healthcare to bolster the COVID-19 response, wage support, in-kind and cash transfers to lower-income households, deferral of tax payments, as well as loan and liquidity support for small businesses and financial institutions.

The real impact of the COVID-19 and lockdown would be felt in the current fiscal (2020-21) beginning April, the bank said as it forecast a negative growth rate of 3.2 per cent.

The contraction in the Indian economy will have a spillover impact in South Asia, according to the bank's projections.

Growth in the region is projected to register a contraction of -2.7 per cent in 2020 and is marked by high uncertainty, the report said.

Across the region, the pandemic mitigation measures will severely hinder consumption and services activity, while high uncertainty about the pandemic will constrain private investment.

The sheer depth of global contractionary activity in the current environment will also weigh substantially on South Asian regional activity, despite relatively more modest trade linkages with the advanced economies than other EMDE (Emerging Market and Developing Economies) regions.

Despite the relatively low number of reported cases per capita, COVID-19 infections are still rising in several economies in the region.

As a result, the outlook is highly uncertain and subject to large downside risks, the bank said.

Pakistan and Afghanistan are both projected to experience contractions in 2020.

The mitigation measures imposed in these countries are expected to weigh heavily on private consumption, contributing to output contractions of -2.6 per cent and -5.5 per cent respectively, it said, adding that key labour-intensive export sectors like textiles are expected to contract sharply and subsequently recover slowly.

Bangladesh and Nepal are projected to experience substantial decelerations in fiscal year 2019/20.

In Bangladesh, growth is expected to slow to 1.6 per cent, as the recovery in industrial production is reversed by COVID-19-related disruptions such as mitigation measures and global exports plunge, and as remittances fall.

In Nepal, growth is projected to decline to 1.8 per cent largely due to the same factors, in addition to a drop in tourism (more than one-third of which are from China and India).

A sharp decline in tourism is also expected to weigh on activity in Bhutan and Sri Lanka, and even more so in the Maldives, it added.

India is the fifth worst-hit nation by the COVID-19 pandemic after the US, Brazil, Russia and the UK, according to Johns Hopkins University data.

The number of active novel coronavirus cases in India stands at 125,381 while 124,094 people have recovered and one patient has migrated.

The contagion has so far killed 7,135 people in the country.

The Indian government announced a nationwide lockdown in March to contain the spread of the coronavirus and extended it in phases.

From June 8, the government has announced a calibrated exit strategy under which more economic activities will be allowed across the country.

It is the first of the three-phase plan for reopening of prohibited activities in non-containment zones with a stringent set of Standard Operating Procedures which will be in place till June 30.

Lalit K Jha in Washington
Source: PTI© Copyright 2023 PTI. All rights reserved. Republication or redistribution of PTI content, including by framing or similar means, is expressly prohibited without the prior written consent.
Print this article 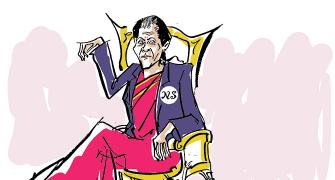 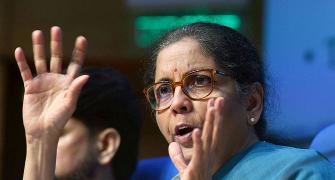