India gained about USD 755 million in additional exports, mainly of chemicals, metals and ore, to the US in the first half of 2019 due to the trade diversion effects of Washington's tariff war with China, a study by the UN trade and investment body has said. 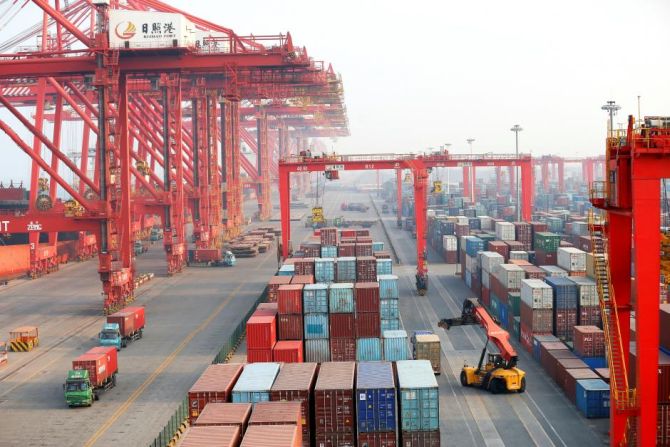 The study puts the trade diversion effects of the US-China tariff war for the first half of 2019 at about USD 21 billion, implying that the amount of net trade losses corresponds to about USD 14 billion.

"Trade diversion benefits to Korea, Canada and India were smaller but still substantial, ranging from USD 0.9 billion to USD 1.5 billion," it said. The remainder of the benefits were largely to the advantage of other South East Asian countries.

The US tariffs on China resulted in India gaining USD 755 million in additional exports to the US in the first half of 2019 by selling more chemicals (USD 243 million), metals and ore (USD181 million), electrical machinery (USD 83 million) and various machinery (USD 68 million) as well as increased exports in areas such as agri-food, furniture, office machinery, precision instruments, textiles and apparel and transport equipment, UNCTAD said.

While it does not consider the impact of Chinese tariffs on US imports, the study indicates that qualitative results are most likely to be analogous: higher prices for Chinese consumers, losses for US exporters and trade gains for other countries.

Of the USD 35 billion Chinese export losses in the US market, about USD 21 billion (or 62 per cent) was diverted to other countries, while the remainder of USD14 billion was either lost or captured by the US producers.

The study found that tariffs imposed by the United States on China are economically hurting both countries and that consumers in the US are bearing the heaviest brunt of Washington's tariffs on Beijing, as their associated costs have largely been passed down to them and importing firms in the form of higher prices.

However, the study also finds that Chinese firms have recently started absorbing part of the costs of the tariffs by reducing the prices of their exports.

"The results of the study serve as a global warning. A lose-lose trade war is not only harming the main contenders, it also compromises the stability of the global economy and future growth," UNCTAD's director of international trade and commodities Pamela Coke Hamilton said.

"We hope a potential trade agreement between the US and China can de-escalate trade tensions."

The analysis shows that US tariffs caused a 25 per cent export loss, inflicting a USD 35 billion blow to Chinese exports in the US market for tariffed goods in the first half of 2019. This figure also shows the competitiveness of Chinese firms which, despite the substantial tariffs, maintained 75 per cent of their exports to the US.

The office machinery and communication equipment sectors were hit the hardest, suffering a USD 15 billion reduction of US imports from China as trade in tariffed goods in those sectors fell by an average of 55 per cent.

Though the study does not examine the impact of the most recent phase of the trade war, it warns that the escalation in summer of 2019 is likely to have added to the existing losses, UNCTAD said.

"US consumers are paying for the tariffs …in terms of higher prices," said Alessandro Nicita, an economist at UNCTAD. "Not only final consumers like us, but importers of intermediate products -- firms which import parts and components from China."

Since mid-2018, the US and China have been locked in a trade confrontation that has resulted in several rounds of retaliatory tariffs.

Over the course of 2018, the US administration started implementing a series of trade measures to curtail imports, first targeting specific products (steel, aluminium, solar panels and washing machines) and then specifically targeting imports from China.

Yoshita Singh at the United Nations
Source: PTI© Copyright 2020 PTI. All rights reserved. Republication or redistribution of PTI content, including by framing or similar means, is expressly prohibited without the prior written consent.
Related News: USD, UNCTAD, China, US, India
SHARE THIS STORY
Print this article 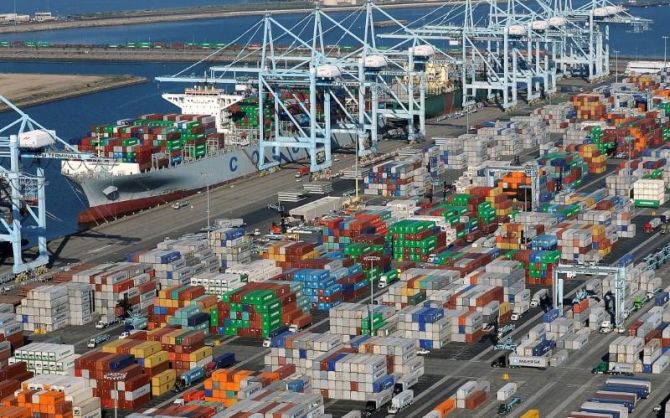