How to steer clear of online classified sites fraudsters

It's best to avoid deals that sound too good to be true, suggests Tinesh Bhasin. 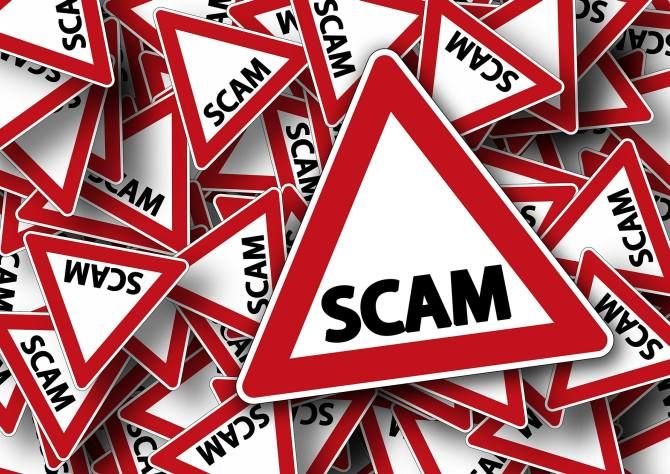 She had put an advertisement on OLX to sell her furniture.

An interested buyer called and asked if he could transfer half the money to her account right away, to which she agreed.

Instead of sending her money, the buyer sent a request to collect Rs 10,000 from her.

He immediately called and asked her to approve it.

"Thankfully, I was alert and realised the trick. He was trying to defraud me by making me transfer Rs 10,000 to him," says Singh.

When Singh shared her experience on social media, many individuals told her they have been victims of such frauds.

This is just one of the tricks that fraudsters have started using to dupe people visiting online classified Web sites where numerous individuals buy and sell goods to get the best price.

When tricksters approach gullible individuals, their approach is well crafted.

As buyers, they take the details of items and then bargain for a better price to appear genuine.

When they send a collection request, the message that appears on the app is written in such a way that the seller can get easily confused.

In Singh's case, for example, she was told to complete the transaction 'to pay to her account' and 'transfer funds to her bank'. However, the message that came was 'requested by Rs 10,000'.

In yet another scam, the buyer says he is in a foreign country.

He sends forged transaction receipts as proof that he has initiated an international transaction to send the money, which he claims would take two-three days.

In the meanwhile, he arranges for a pickup of the goods via courier.

The seller poses as personnel from the Central Industrial Security Force or army.

Typically, he lists the item at a throwaway price to lure buyers.

In most of these cases, the perpetrators pretend to work inside an area where entry is restricted, such as an airport.

The buyer is asked to reach the airport, and then to transfer half the money.

They say a colleague will come out and deliver the goods as they are on duty.

Once the money is transferred, they stop picking up the phone.

According to reports, when police investigated 37 cases, they realised that the fraudsters had been using leaked soft copies of Aadhaar and ID cards of CISF and army personnel.

Be well-versed with payment app

One of the ways to avoid the scam is to use limited apps for payments and be well-versed with their features.

You should be able to distinguish when a person is sending the request to collect money.

When receiving money, no app asks for a one-time password (OTP).

"We have been developing advanced algorithms and systems that warn users whenever a suspicious activity is detected. For instance, users see a pop-up when any unknown person requests them for money and can block that person if he is not a trusted contact," says Anuj Bhansali, head of fraud and risk at PhonePe.

The app also has cool-down periods for people who abuse the collect request feature, banning them from raising any new ones.

No matter how lucrative the deal sounds, avoid paying an advance or token.

As a buyer, check goods carefully before making the payment and as a seller, ensure that all the currency notes are genuine if the deal is in cash.

It's best to avoid deals that sound too good to be true.

Many classified Web sites are aware of the frauds taking place on their platforms.

On OLX, for example, about 25 per cent of the listings each day are rejected since they fall under the restricted categories or have attributes with a high fraud propensity.

Lavanya Chandan, general counsel at OLX India, explains: "In our app, we offer pop-up safety and security tips. There are options to report a user who has questionable content or behaviour within the app. Users can also have a conversation with the in-built voice chat without having to share personal phone numbers."

Another popular classified platform, Quickr, has introduced an escrow account to ensure transactions are safe.

Users also have the option to hide their e-mail addresses and phone numbers. 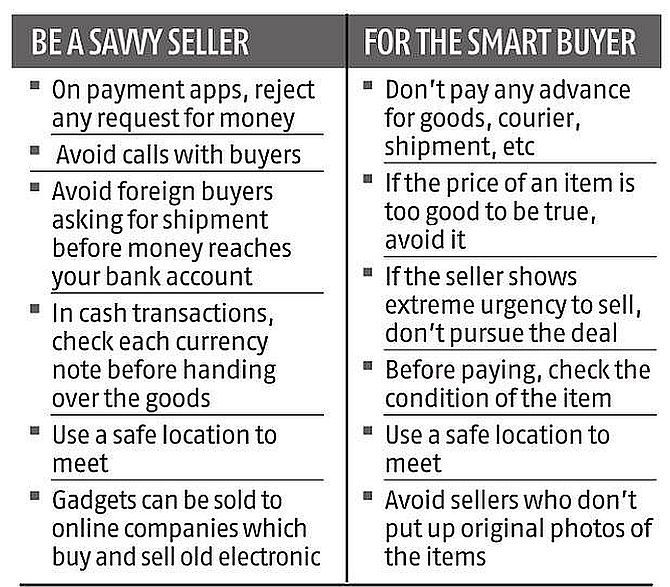