In another round of economic booster, Sitharaman announced steps to help homebuyers and push exports. 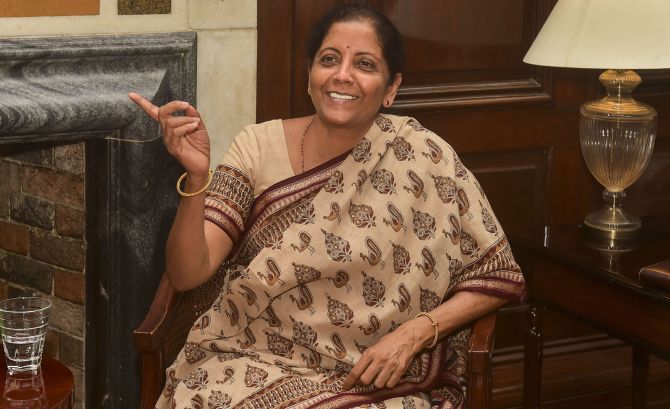 Finance Minister Nirmala Sitharaman on Saturday said there are clear signs of revival of industrial production and fixed investment after economic growth plunged to six-year low.

At a press conference called to announce the third part of the stimulus package for the economy, she said measures are being taken to improve credit outflow from banks.

Also, transmission of interest rate cuts is being effected by banks, she said, adding she will meet heads of public sector lenders on September 19 to review the transmission.

The Reserve Bank of India has since February cut the benchmark interest rate by 110 basis points but banks have lagged in transmitting the lower rates to borrowers.

The government has been pressing banks to link borrowing rates to an external benchmark to speed up the transmission of rate cuts.

India's GDP growth decreased for the fifth consecutive quarter in April-June 2019 to 5 per cent, the lowest in six years.

This was on the back of faltering domestic demand, with both private consumption and investment proving lackluster.

The government's previous policy measures to stimulate the economy included support for the automobile sector, a reduction in capital gains tax, and additional liquidity support for shadow banks.

The minister said inflation has been kept "very much" below 4 per cent.

The government has mandated the Reserve Bank of India to keep the retail inflation in the band of 2-6 per cent.

The latest inflation print based on Consumer Price Index was 3.21 per cent in August.

Sitharaman further said that in spite of all worries on industrial production front in the fourth quarter of 2018-19, "we see clear signs" of improvement up to July 2019.

The minister further said the steps announced to increase credit flow to NBFCs, including the partial credit guarantee scheme, has started showing results.

Sitharaman also informed that she will be meeting heads of public sector banks on September 19, a day before the GST Council meeting in Goa, to access the credit flow scenario to the economy.

Sitharaman announced a Rs 10,000 crore special window to provide last-mile funding for completion of ongoing housing projects which are not NPAs or facing bankruptcy proceedings under NCLT.

Announcing the measure, Finance Minister Nirmala Sitharaman said the government will contribute Rs 10,000 crore for the special window and roughly the same amount is expected from outside investors.

This window will help in completion of affordable and middle income housing projects.

The fund will be managed by professionals, the minister added.

Sitharaman also said the interest rate on housing building advance will be lowered and linked to the 10-year G-sec yields.

"Government servants contribute to a major component of demand for houses.

“This will encourage more government servants to buy new houses," she said.

ECB guidelines will be relaxed to facilitate financing of homebuyers who are eligible under Pradhan Mantri Awas Yojna, in consultation with the central bank.

Sitharaman also announced a new scheme -- Remission of Duties or Taxes on Export Product (RoDTEP) -- to incentivise exporters at an estimated cost of Rs 50,000 crore to the exchequer.

The announcement comes in the backdrop of India's merchandise exports declining by 6.05 per cent to $ 26.13 billion in August compared to the year-ago month.

The minister also said there will be a fully automated electronic refund route for input tax credits (ITC) in GST.

This will be implemented by the month-end.

The move, she added, is aimed at quick and automated refunds of ITC.

She said RoDTEP will replace the existing incentive schemes and "will more than adequately incentivise exporters than the existing schemes put together".

The minister said the revenue foregone towards the scheme is projected at Rs 50,000 crore.

She also announced revised priority sector lending (PSL) norms for exporters which will release an additional funding of Rs 36,000 crore to Rs 68,000 crore to them.

PSL norms for export credit have been examined and enabling guidelines are under consideration of the Reserve Bank of India, she said.

"This will release an additional Rs 36,000 crore to Rs 68,000 crore as export credit under priority sector," Sitharaman told reporters.

She also said export finance will be actively monitored by an inter-ministerial working group in the Department of Commerce.

The minister said the initiative is expected to cost Rs 1,700 crore annually and will enable reduction in overall cost of export credit including interest rates, especially to MSMEs.

She also announced that Free Trade Agreement (FTA) Utilisation Mission would be set to help exporters optimally utilise the concessional tariffs under trade pacts which India has signed with several countries.

Besides, annual mega shopping festivals will be organised in the country at four places focusing on sectors like handicraft, yoga, tourism, textiles and leather. 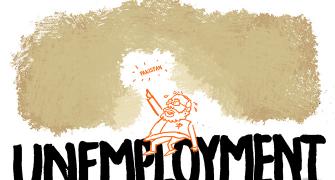