A look at licensed distilleries shows that many have connections with politicians and influential business families. Among politicians, a minister owns a distillery. Two others are owned by ex-Congressman Venod Sharma and ex-Akali MLA Deep Malhotra. 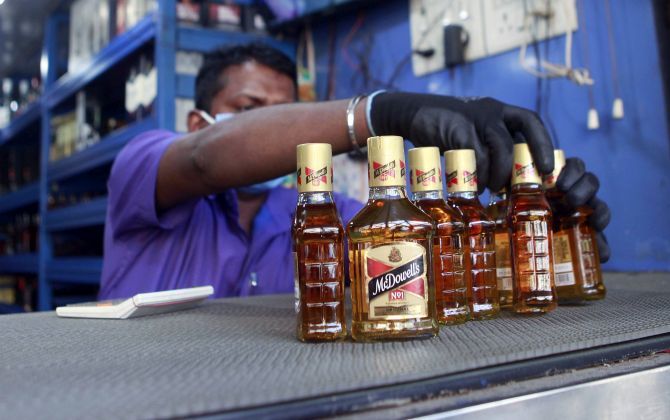 Within a few hours, the connection of the chief secretary’s son to the liquor business came to light.

With Punjab’s top bureaucrat also holding the post of financial commissioner (taxation), Chief Minister Amarinder Singh faced yet another potential public humiliation, triggered by internal dissent in the midst of a raging pandemic.

With allegations of conflict of interest and charges of presiding over declining excise revenues flying thick and fast, the chief secretary was divested of the responsibility by virtue of which he decided liquor taxation policy in the state.

Eventually on May 13, the Punjab government tweaked its excise policy to introduce concessions for liquor contractors.

The dust hasn’t settled yet. “His (Karan Avtar Singh’s) attitude wasn’t right at all before and during cabinet meetings. The conflict-of-interest charges are too serious to be brushed aside easily,” said Raja Warring, Congress MLA.

This seems to have laid bare the state’s dependence on alcohol in more ways than one.

First, even though the chief secretary has stepped aside from lording over taxation issues, the subsequent changes to excise policy, providing concessions to liquor contractors, are not in the spirit of the ministers’ “conflict of interest” charges against the officer.

A look at licensed distilleries shows that many have connections with politicians and influential business families.

Of the 16 distilleries in the state, at least eight are connected with influential persons, including family members of the late Ponty Chadha and his brother Hardeep’s daughter (the brothers died in a gunfight in 2012).

Among politicians, a minister owns a distillery. Two others are owned by ex-Congressman Venod Sharma and ex-Akali MLA Deep Malhotra.

Reportedly, the retail liquor business also has a significant political presence with Malhotra, along with Congress leaders Amrik Dhillon and relatives of Punjab Health Minister Balbir Sidhu, being in the trade.

Another politician, Shiva Lal Doda, who fought as an independent in 2017 and is believed to be close to the Akalis, is also entrenched in liquor retail.

Doda is currently serving a life term for murder.

Second, while the production and sale of liquor are heavily politicised, the trade plays a crucial role in augmenting the state’s precarious finances.

At 40 per cent, Punjab has the worst debt to gross domestic product ratio (GDP) among larger states.

In 2019-20, the state earned Rs 5,676 crore from excise duties on the sale of liquor and licence charges — a fifth of its tax revenues.

After state goods and services tax (SGST), nothing earns more revenue for Punjab than its taxes on liquor.

In 2018-19, the state earned almost Rs 100 crore less from liquor than in the previous year, with businesses calling for a crackdown on smuggling from neighbouring states like Himachal Pradesh and Haryana.

The allocation of licence for liquor vends, dominated by a few influential families and politically connected persons, generates immense buzz each year.

Lastly, of all states in India, after the lockdown was imposed, Punjab was the first and the most enthusiastic one to call for lifting the ban on selling alcohol.

The state has now allowed home delivery of alcohol, giving liquor vends the freedom to plan the timing and logistics.

While the bureaucrat-politician tussle may have brought out the role of an invisible yet powerful lobby at work to force policy changes, it has also revealed a darker side of a society already battling the scourge of opioid abuse.

A recent survey by AIIMS estimated 29 per cent of the people of Punjab drink, the proportion being the highest in the country after Tripura and Arunachal Pradesh.

More children consume alcohol in Punjab than in any other state.

As many as 44 per cent of alcohol users in the state are dependent on it - the highest after Puducherry; 10 per cent of its 2.7 million drinkers need medical help. 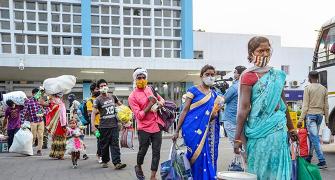