Revenues rose 7.7 per cent to $1.54 billion during the review period, from $1.43 billion in the corresponding quarter last fiscal. 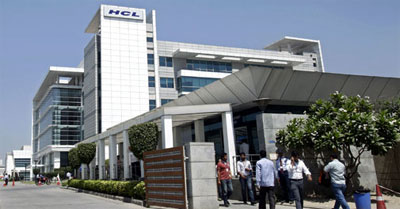 The company had posted a net profit of Rs 1,873 crore in the year-ago period, it said in a BSE filing.

HCL had already warned of a "tepid" September quarter on account of adverse currency impact and a client-specific issue.

Without the adjustment, the reported quarter's revenues stood at Rs 1,726 crore (Rs 17.26 billion).

The consolidated revenues grew 15.6 per cent to Rs 10,097 crore (ex-adjustment) in July-September of this fiscal as against Rs 8,735 crore (Rs 87.35 billion) in the same quarter of the previous fiscal.

The firm follows July-June as the fiscal year. In dollar terms, net profit declined 9.3 per cent to $278.5 million (ex-adjustment) in the period under review as against $307.2 million in the year-ago period.

Revenues rose 7.7 per cent to $1.54 billion during the review period, from $1.43 billion in the corresponding quarter last fiscal.

"We have started FY16 on a strong footing with LTM revenue growth of 15 per cent y-o-y in constant currency. Our investments in BEYONDigital, Next-Gen ITO and IoT offerings is reflected in our healthy bookings and deal pipeline," HCL Technologies CEO Anant Gupta said.

Revenues from Europe grew 18.2 per cent y-o-y while those from the Americas jumped 12.3 per cent during the said quarter.

Vertical growth was led by lifesciences and healthcare at 40.5 per cent, telecommunications, media, publishing and entertainment at 23.2 per cent, retail and CPG at 6.6 per cent, public services at 22 per cent, manufacturing at 12.7 per cent and financial services at 7.7 per cent y-o-y.

HCL Technologies saw an exit of 536 employees during the September quarter, taking the total headcount to 1,05,571.

It signed 10 transformational engagements with more than $1 billion of Total Contract Value this quarter.

The company has declared an interim dividend of Rs 5 per share of Rs 2.

The stock was trading at Rs 824.20 on Bombay Stock Exchange on Monday, down 2.04 per cent from its previous close.