News
Business
Movies
Sports
Cricket
Get Ahead
Money Tips
Shopping
Sign in  |  Create a Rediffmail account
Rediff.com  » Business » Has India turned its back on Apple?

Once the darling of consumers, the April-June sales figure for Apple is a historic low.

This has coincided with Chinese player OnePlus taking top spot in premium smartphones with a share of 40 per cent and Samsung slipping to second position at 34 per cent in April-June. Two years ago, when Apple chief executive officer Tim Cook came calling, there was an air of excitement around one of the world’s best-known and loved brands.

The Cupertino-based major was looking to capitalise on the interest of Indian consumers as well as the government in brand Apple and even set up a manufacturing base here.

While the manufacturing unit is yet to see the light of day, what has not gone unnoticed is the slide in Apple’s market share.

In the last three quarters, Apple has been slipping fast, going from a 47 per cent share in October-December 2017 to 20 per cent in January-March 2018 to 13.6 per cent in April-June 2018. The figures have been sourced from Counterpoint Research.

In comparison, brands such as OnePlus have gained shares in the same period, pushing Apple to third spot (see chart).

The April-June figure for Apple in particular, says Counterpoint Research, is a historic low since the brand has never gone below 14 per cent in its market share in India.

This has coincided with Chinese player OnePlus taking top spot in premium smartphones with a share of 40 per cent and Samsung slipping to second position at 34 per cent in April-June.

Premium means phones with a price tag of Rs 30,000 and above.

While the primary reason for consistent share loss by Apple has been attributed to steady import duty hikes on handsets - thrice since December 2017 -- the company has also quietly made changes to its distribution strategy in India.

From five distribution partners last year, it is now down to two as Apple has sought to enforce its terms and conditions in India, say industry sources.

HCL Infosystems, a distribution partner who came on board only last year, announced in July that it was ending its agreement with Apple.

The company gave no reasons for the termination, saying that the contract would end on March 30, 2019.

Two others -- Ingram Micro and Brightstar -- have also parted ways.

Market sources say the current two distributors -- Redington and Rashi Peripherals -- could be whittled down further and that Apple may eventually switch to an online-only distribution model in India.

Apple India officials were not immediately available for comment.

At the heart of the rejig, say market sources, is Apple’s shift away from its India First strategy, linked in part to changing dynamics on the duty front.

It is no secret that more than 90 per cent of iPhones continue to be imported.

Consistent duty hikes since December have ensured, say sources, that Apple can no longer keep discount schemes running for long on various models and upgrades.

Apple has also passed on the duty hike to consumers recently, taking price points up by an average of 3 per cent, said analysts.

According to Jaipal Singh, a research analyst with IDC India, Apple’s dependence on imports makes the brand price-inelastic vis-à-vis competitors.

“Most other players are already sourcing components locally for their phones,” he said.

“Also, Chinese brands such as Vivo and Oppo, which entered India in the mass segment a few years ago, have now forayed into the premium space. That has increased competition for brands such as Apple.”

Apple is contemplating the launch of an online store in India to give it a distribution leg-up, sources said.

This is expected to be easy to control, will ensure its premium imagery and aspiration remain, and has less stringent foreign direct investment rules as against offline stores.

It has launched a zero down payment EMI scheme with multiple finance partners to lure consumers to pricier models like iPhone X and 8 series in the run-up to the festive season.

But in the long run, Apple may have to pump in more money into the Indian market.

“The kind of investment Apple requires to make in India is far from what it is today,” said an industry analyst, who tracks both India and China.

“In China, where Apple sells over 40 million devices a year, it has huge investments in manufacturing and offline retail.

"India is a smaller market, where it sells only 1 million phones. But do not forget, it is a market of the future as China and the US stagnate.” 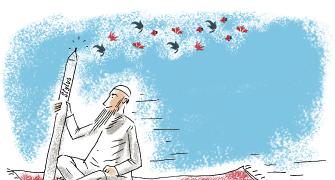 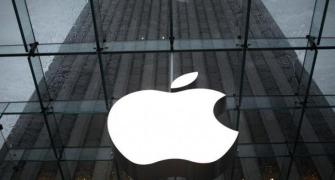 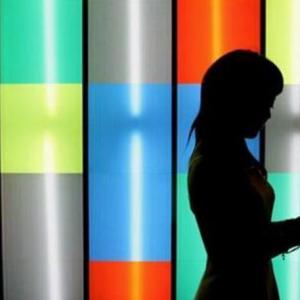 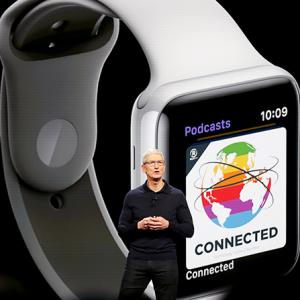