Growth picks up but GDP growth likely to be negative: FM

Finance Minister Nirmala Sitharaman on Tuesday said there were visible signs of revival in the economy but the GDP growth may be in the negative zone or near zero in the current fiscal. 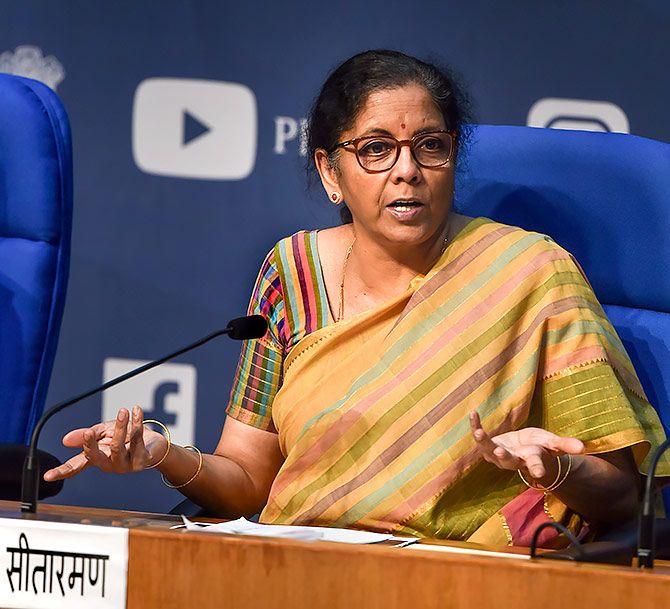 She said the economy saw a contraction in the April-June quarter, but demand has picked up in the festival season.

Speaking at the India Energy Forum of CERAWeek, she said infrastructure, fintech and all employment generating and asset creating industries would be priority sectors for the government.

Sitharaman further said recent data indicates revival in the economy, with PMI number being the highest since 2012.

India will regain the tag of the fastest growing major economy next year, she asserted.

The Indian economy had contracted by a huge 23.9 per cent in the April-June quarter, hit by the Covid-19 crisis.

Sitharaman said a "very firm lockdown" was imposed beginning March 25, with the government putting lives before livelihood to contain the coronavirus pandemic.

"We had a contraction which happened during the first quarter and post which the unlocking has been steadily happening and we can see the revival now...," she said.

"Demand for durable goods, agriculture equipment, tractors, vehicles are all going up. Festival season has commenced in India, as a result of which I expect demand go up and be sustainable also," she emphasised.

High-frequency economic indicators show continued improvement both in month-on-month (MoM) and year-on-year (YoY) terms. Manufacturing PMI rose to 56.8 in September, an eight-and-a-half year high, while services PMI, albeit marginally below the 50 mark, continued to increase from its April trough.

The RBI has projected the Indian economy contracting by 9.5 per cent in the current fiscal, while International Monetary Fund (IMF) and World Bank estimate the contraction at 10.3 per cent and 9.6 per cent respectively.

The Indian economy had been slowing even before the pandemic struck. India's quarterly growth rate has been receding sequentially since Q4 FY18. It recorded a GDP growth of 4.2 per cent in FY20.

Sitharaman further said India is continuing with its policies to attract foreign investment in terms of lower taxation and ease of doing business. 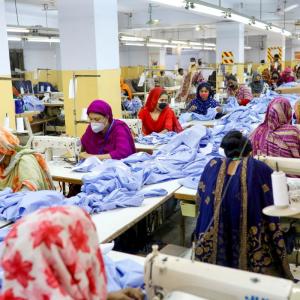