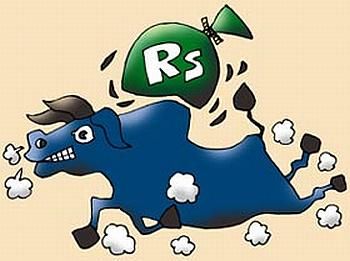 While the mention of infrastructure usually prompts investors to look at stocks such as Siemens, BHEL, L&T and ABB India, there are mid-cap stocks such as VA Tech Wabag, Jain Irrigation, Greaves Cotton, Carborundum Universal and Sintex Industries, which investors can look at, given the niche segments they cater for.

Being uniquely positioned, most of these companies were vulnerable to the pressures of demonetisation as their clients were sensitive to such unforeseen events.

However, the recovery has been convincing since then and companies expect a steep improvement in FY18 in terms of profitability and ordering activities.

Carborundum Universal, or CUMI, is among globally renowned abrasives manufacturers with fully integrated operations, and could benefit from recovery in economic growth and infra spending.

Apart from abrasives, which account for 41 per cent of its revenues, it also draws support from segments such as industrial ceramics and electro minerals.

These segments have a higher exposure to the domestic market and hence suffered from the lack of orders and execution support.

Analysts at IIFL expect an acceleration in FY18 as domestic demand picks up.

The ramping up of relocated capacities and superior product mix, coupled with higher execution, is expected to lead to 13 per cent operating profit growth by FY19, according to the analysts' estimates.

Kotak Securities analysts, in a recent report, estimate the company's net profit to almost double from an estimated Rs 170 crore in FY17 to Rs 310 crore in FY19.

Greaves Cotton is among the largest manufacturers of single-cylinder (diesel and gasoline engines) and dual-cylinder engines, which are used in autorickshaws and small commercial vehicles.

With a 35 per cent market share, it comes second to Bajaj Auto.

Adopting BS-IV engines will lend maximum support to its automobiles segment, which accounts for about half of its revenues.

Analysts at ICICI Securities say the change in compliance will lead to increase in prices of engines by 8 to 10 per cent, which will be reflected in FY18 earnings.

A pick-up in the non-auto segment such as farm equipment, auxiliary power and services businesses will aid growth.

ICICI Securities feels these segments might grow at 10 to 15 per cent in the next fiscal year, thus aiding an overall growth rate of 16 per cent in FY18.

It is India's largest micro irrigation company and has held its market leadership in this segment for the past six years.

The goods and sales tax regime would help the firm face challenges from unorganised players.

An increased thrust on rural spending and efforts to improve agriculture would help.

However, being focused on rural and semi urban regions, its execution was adversely affected in the December quarter, which, analysts say, is an aberration.

Those at Edelweiss expect Jain Irrigation's revenues and net profits to increase by 13 per cent and 57 per cent, respectively, between FY17 and FY19.

A reduction in the interest outflow will also aid higher net profit growth.

Being a market leader in plastic prefab and storage tanks with a 40 per cent market share, Sintex makes a wide range of plastic products. Its custom-moulding segment provides 44 per cent of its revenues.

Increased spending on infra, especially rural and social, and focus on affordable housing should provide a fillip to the company's prospects.

With this advantage in place, another trigger for Sintex is the demerger of its custom moulding and prefab business.

Analysts at Antique Stock Broking believe that the demerger is a step in the right direction.

Focused on specialised projects such as cleaning of river beds and setting of up desalination and sewerage treatment plants, the company believes that the next leg of domestic growth will be propelled by these projects.

Analysts at Bernstein also feel that with political issues resolved in Uttar Pradesh and Tamil Nadu, ordering activities should commence in these states.

'Apart from other states involved in river cleaning we see good order prospects in Karnataka and Mumbai. 2018 should hence see a better year for domestic order finalisation; estimated 30 per cent growth in standalone inflows driven by domestic inflows,' the report notes.

Currently, about 60 per cent of its order book (Rs 10,065 crore offering revenue cover of around three years) is skewed to international orders. This is likely to change in FY18.

MORE STOCK features in the RELATED LINKS BELOW... 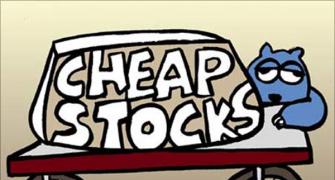 'Stay invested in the equity markets' 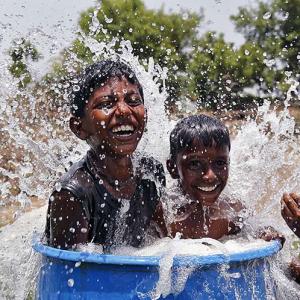