Global energy supermajor BP plc on Thursday said it is about to open its first 'Jio-bp' branded petrol pump in partnership with Reliance Industries near Mumbai. 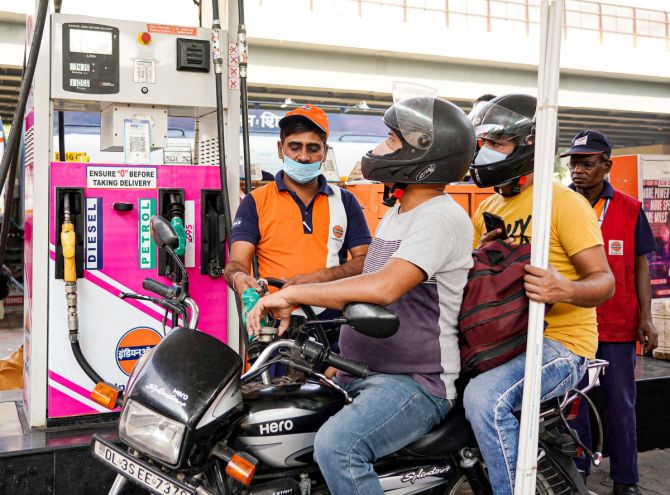 IMAGE: Kindly note that this image has been posted for representational purposes only. Photograph: Brijesh Tiwari/ANI Photo.

The existing petrol pumps of Reliance have since been transferred to the joint venture, Reliance BP Mobility Ltd. The joint venture is to operate under the 'Jio-bp' brand.

Speaking at the India Energy Forum by CERAWeek over a video link, BP chief executive Bernard Looney said the plan is to take the number of petrol pumps to 5,500 by 2025.

"We have about 1,500 sites (petrol pumps) that traditionally were Reliance sites and now have become Jio-bp sites. We are about to open what will be Jio-bp's truly first site near Mumbai," he said, adding he would visit India next month.

BP's partnership with Reliance started with upstream, after the firm picked up a 30 per cent stake in KG-D6 and other blocks. It has since "evolved in convenience and mobility side and it will evolve further over time," he said.

Reliance-BP has brought two sets of gas fields for production in the eastern offshore KG-D6 block and is working on a third project.

"We have a goal to supply 15 per cent of India's natural gas needs," he said, adding the third project would start producing by the end of next year.

The two projects currently produce about 18 million standard cubic meters per day of gas, which will rise to 30 mmscmd once the third goes live.

Asked about expanding that partnership, he said, "We do see an opportunity to expand that business over time. We are looking at adjacent licenses, blocks around us."

Reliance-BP acquired an exploration block in the 2019 auction of oil and gas blocks.

It currently has a separate joint venture for battery swapping for two and three-wheelers.

"I am very excited about the growth that exists (in India)," he said adding over time the firm's presence in the country will evolve "from molecule to electrons".

Talking of potential that exists in India, he said in one of the demand scenarios, BP sees the country representing 90 per cent of energy growth in the world between now and 2050.

"It is one of the most important countries for BP," he said. "We are hugely committed to the country and the partnership (with Reliance)."

On the upheaval in the global energy markets, he said it only underscored how much energy is the lifeblood of society.

The sharp spike in natural gas price has underscored the need to "invest in longer-term (supply) contracts, invest in natural gas, invest into storages and invest into diversification," he said adding redundancy must be built into the energy systems to avoid a repeat of the current scenario where demand suddenly outpaced supply because of a combination of events ranging from demand in Asia coming back to cold weather in Europe and less rainfall in Brazil.

RBML has already received the marketing authorisation for transportation fuels.

The joint venture after taking over Reliance's existing petrol pumps started selling fuels and Castrol lubricants. In due course, the outlets will be rebranded 'Jio-bp'.

India's auto fuel retailing is dominated by public sector oil companies that own the majority of 78,751 petrol pumps in the country. RBML has 1,427 outlets while Rosneft-back Nayara Energy has 6,250 pumps. Shell has 285 petrol pumps. 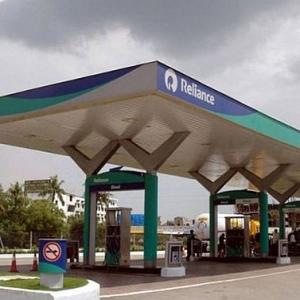 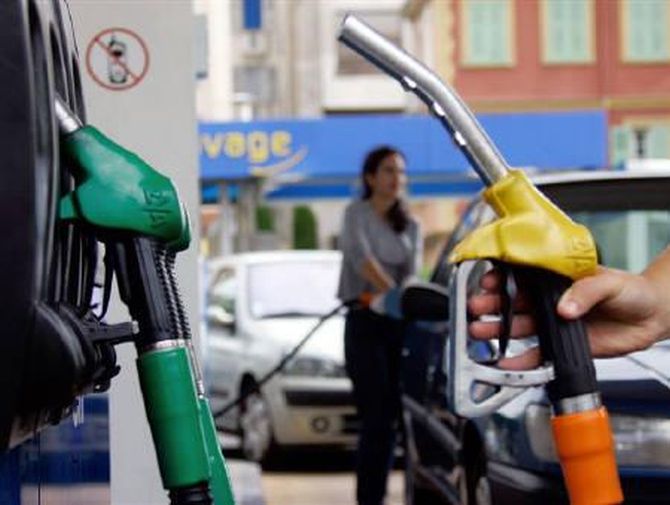