Unfazed by the Supreme Court upholding winding up of the company, shareholders of Devas Multimedia will continue to seek seizure of Indian government assets abroad to collect $1.2 billion the firm has been awarded by arbitration tribunals for cancellation of a satellite deal but are open for talks to settle the issue, their counsel said. 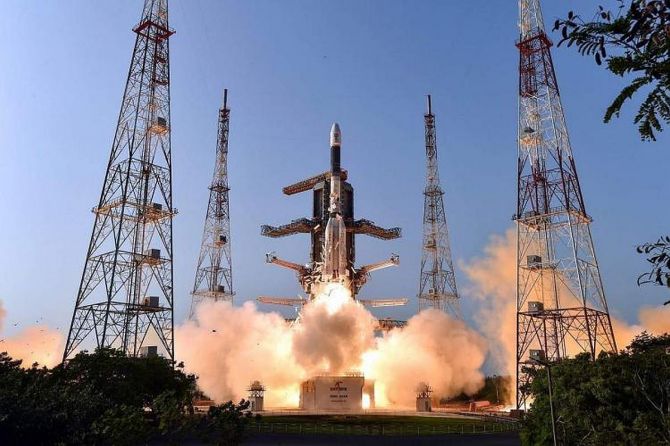 "The decision by the Supreme Court does not change anything. The Modi government and the Indian courts cannot rewrite the facts.

"Their flimsy allegations of fraud will never stand up in courts outside of India," said Matthew D McGill, partner at Gibson, Dunn & Crutcher, and lead counsel for several Devas' shareholders.

"A better approach for the Modi government would be to return to the negotiating table, and continue with settlement talks."

Devas shareholders are pursuing Indian assets abroad to recover the awards and have got a French court order for freezing Indian properties in Paris and got partial rights over funds maintained by India funds in Canada.

"We have already entered liens or obtained seizure and garnishment orders on tens of millions of dollars in Indian state assets," a spokesperson for Devas Multimedia said.

"We will continue to identify and seize state assets wherever we find them until India returns in good faith to the negotiating table."

Besides securing a freeze on a Paris property of the Indian government, they have got a Canadian court order for seizure of about $23 million that Air India had with IATA, the spokesperson said.

Last week, Finance Minister Nirmala Sitharaman had said that the government will use the Supreme Court ruling calling the 2005 Antrix-Devas agreement a fraud to counter seizure of its properties overseas.

"The Modi government's strategy is not rocket science.

"They will use the decision of the Supreme Court to uphold the NCLT liquidation order to attack Devas, around the globe, however, we're ready.

"Courts around the world will see through these sham proceedings," the spokesperson said.

Antrix Corporation, the government-owned commercial arm of the Indian Space Research Organisation (ISRO), signed an agreement with Bengaluru-based Devas Multimedia for a 12-year lease of 90 per cent transponder space on two satellites, G-SAT6 and G-SAT6A that were yet to be launched.

Of the 150 MHz of space that ISRO owned in the S-band spectrum, Devas was allowed the use of 70 MHz to launch satellite-based applications on mobile devices. Devas, which had a few former ISRO scientists in its top management, was supposed to pay $300 million to Antrix over the 12-year period.

The deal was cancelled in 2011 after allegations of it being a quid pro quo "sweetheart deal" surfaced. In 2014, the CBI and Enforcement Directorate were asked to probe the deal.

NCLT ordered liquidation of Devas observing that the firm appeared to have been incorporated with fraudulent intentions.

Two separate arbitrations were also initiated under the bilateral investment treaty (BIT) by Mauritius investors in Devas Multimedia under the India-Mauritius BIT and by Deutsche Telekom — a German company — under the India Germany BIT. India lost all three disputes.

The commercial terminal award was for a total of $1 billion while $93.3 million plus cost and interest was awarded against India under the arbitration brought under the India Germany BIT, Sitharaman had said last week.

She had accused the then Congress-led UPA government of undertaking a "fraud deal" and allocating the rare S-band spectrum for a "pittance".

Asked if Devas shareholders were not following the successful script of Britain's Cairn Energy, which identified $70 billion of Indian assets abroad and began seizures in July 2021 beginning with the same Paris property of the government and targeted Air India to recover $1.2 billion that an international arbitration tribunal had awarded for levy of retrospective taxes, Devas spokesperson said the Cairn case has nothing to do with Devas.

"The Cairn case has nothing to do with Devas. Cairn dropped their challenges as part of their settlement with the government.

"Devas shareholders will continue to enforce the arbitration judgements until they are paid.

"The Modi government was wise to settle with Cairn because it is futile to continue evading payment on arbitral awards that have been upheld in every instance," the spokesperson said.

The government in August last year enacted a new law to scrap all retrospective tax demands made on companies such as Cairn Energy and agreed to refund money collected to enforce such demand.

Cairn is entitled to get a refund of Rs 7,900 crore following this.

The Devas spokesperson said they can register the arbitration awards they have got anywhere globally. 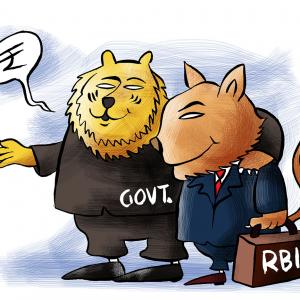