News
Business
Movies
Sports
Cricket
Get Ahead
Money Tips
Shopping
Sign in  |  Create a Rediffmail account
Rediff.com  » Business » It's time for the Modi govt to spell out a growth agenda

What the government needs to do, perhaps, is to spell out an action agenda for the next four months, in the run-up to the 2016 Budget, notes T N Ninan.

The commentary in the English-language press on Narendra Modi's visit to the US, well choreographed as it was, has been interesting because much of it falls into a pattern, and can be summed up as: "Well done, Prime Minister, but now for some action at home!"

What the impressive gathering of chief executives of leading American companies told him in New York was the same thing: we would like to see more and faster action.

Meanwhile, the dramatic improvement in the country's competitiveness ranking, announced last week, has been explained by the World Economic Forum as being on account of improvement in "the business community's sentiment toward the government".

The assessment coming through from all quarters is that the government's projection of itself has run slightly ahead of the story.

It has built confidence in the possibility of change; now reality has to catch up with the image and the expectation.

It is not that there has been no action at home. The Reserve Bank of India (RBI) has finally dropped interest rates half a percentage point.

On its part, the government has facilitated RBI's action by sticking to the path of fiscal correction, given licences to new payments banks and new small banks, liberalised foreign investment in key sectors, attacked the stock of black money abroad, made some headway in pushing public investment in highways and railways, announced new rules for spectrum sharing by telecom companies, cleared up some of the decision-making backlog in defence hardware purchase, firmed up its offer for the climate change summit in December, and much else.

So it is far from being the case that the government has been inactive.

If, despite this, many in the business world continue to feel that little has changed in the real world, it is because the quarterly economic growth rate shows no uptick, bank credit growth continues to be sluggish, exports have kept falling, corporate results have not been encouraging, and the stock market is where it was a year ago.

With a sub-normal monsoon likely to dampen rural demand, many balance sheets still debt-laden, imported competition sharper because of falling commodity prices, and buyers of real estate keeping their hands firmly in their pockets, the times are challenging for most economic players.

What the government needs to do, perhaps, is to spell out an action agenda for the next four months, in the run-up to the 2016 Budget.

It should lower interest rates on small savings instruments, to facilitate the transition to a lower interest rate regime across the board. Its recapitalisation of government banks should be seen to favour the better-run among them, so as to expand the better-performing part of the government-run banking sector and reduce the role of weaker banks in the system.

It must address the bloated problem of accumulated power sector subsidies by offering a bail-out that gives electricity distribution companies a charge on state tax revenues - there is no other permanent solution to the tendency among state governments to charge uneconomic power tariffs.

It should expand the scope of cash benefit payments in lieu of subsidies, since the experiment with cooking gas has proved such a success.

It must roll out a full-fledged plan, in consultation with the affected states, to tackle the effects of the sub-normal monsoon.

Even if legislation is not possible on important issues like labour and land reform, and on the goods and services tax, that should not come in the way of the bankruptcy law and other legislation.

These and other steps, with timelines, would give confidence to economic players that there is real reform taking place, that the glass is full more with water than with (hot) air. 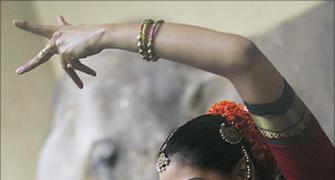