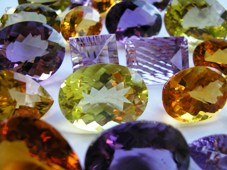 India is home to the world largest diamond processing center and plays a dominant role in the processing of gem and jewellery in the world.

Favourable demographics and skilled work force are driving India to be one of the fastest growing markets for the gem and jewellery business.

One of the pioneering countries to hand make fine jewellery from metals, India has over 1 lakh jewellery manufacturing units, 6000 diamond processing units and 4.5 lakh gold smiths.

Indian gems and jewellery market comprises diamonds, colored stones, jewellery (gold and silver), pearls, among others. Gold and diamond jewellery account for around 80% of diamonds processing in terms of carats and 55% in terms of volume.

The gems and jewellery industry is a major exchange exchequer as major portion (around 80%) of its turnover was contributed by exports.

Diamonds contribute to nearly 80% of the entire turnover and of this industry and hence many times the terms 'gems and jewellery industry' and 'diamond industry' are used as synonyms. Industry exports grew 47% to reach $43.13 billion in FY11 against $ 29.36 billion in FY10.

In value terms exports of cut and polished diamonds declined 7% to US$ 19.70 billion.

The export of gold jewellery grew 31% to US$ 7.57 billion in the period under review. On the other hand, exports of rough Diamonds grew 8% to 278.22 lakh carets.

The industry has witnessed slowdown in the volumes terms but has reported modest growth in the value terms, thanks to the spike in prices of gold and diamonds.

In month of January 2012, government has changed the duty structure on precious metals from specific amount to value linked duty structure.

Both Customs and Excise duty is levied on value of precious metals instead of fixed amount.

This will result in increasing duty when prices on precious metals rise.  It has levied 2% customs duty on value of gold imports against flat Rs 300 per 10 gm levied earlier.

In case of silver, 6% customs duty was levied against Rs 1500 per Kg levied earlier.

A part from Gold and Silver, diamonds will also attract 2% value based import duty and platinum was also brought under the duty structure. On the other hand, excise duty on gold was fixed at 1.5% of value against earlier Rs 200 per 10 grams.

Similarly, Silver will attract excise duty of 4% compared to fixed duty of Rs 1000 per Kg earlier.

The increase in duty is expected to fetch revenues worth Rs 600 crore for the government for the remaining fiscal.

While the duty may not hurt exporters as duty draw back scheme will offset the increase in the customs duty, the domestic consumers will have to pay higher prices.

Spike in Gold prices have dented demand across the jewelry industry.

However, the industry has been able to pass on the increase in the duties as the consumer sentiment has already absorbed the peak prices of gold and silver.

The Industry represented by its associations namely Gem and Jewellery Export Promotion Council (GJEPC) and All India Gems and Jewellery Trade Federation (GJF) has solicited for relief measures from the government to improve its competitiveness.

Besides above, amendment should be introduced by the way of a provision (e) to section 43(5) with effect from 1 April 2006. Provision (e) says, any transaction in respect of derivatives as defined in subsection (a) of section 45U of RBI Act 1934 carried out with any bank which is registered as on Authorized dealer  category I with RBI.

With more than 90% of Gem and Jewellery industry under unorganized market, 1% excise duty on the branded jewellery is giving cutting edge competition for the organized retail jewelers. 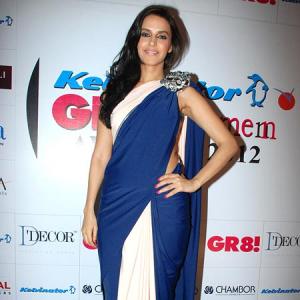 As gold gets dearer, rare metal could be good bet