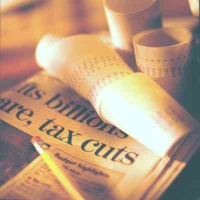 If you are providing any taxable service, you are in for some changes in penalties on late payment of service tax.

The penal provisions of Sections 76, 77 and 78 of the Finance Act, 1994, have been changed a bit. Section 76 for penalty on late payment of service tax will charge an additional one per cent a month or Rs. 100 a day, whichever is higher.

"Till now, the penalty was higher of two per cent a month or Rs. 200 a day," says Prashant Deshpande, partner (indirect tax), Delloitte, Haskins and Sells.

The penalty can be a maximum 50 per cent of the tax.

"The cap of 50 per cent is only if you have disclosed the tax but have not paid it," says R Muralidharan, executive director, PricewaterhouseCoopers. Till now, there was no cap on the maximum penalty.

The interest on late payment is up at 18 per cent from 13 per cent. For those with a turnover of Rs. 60 lakh, the applicable interest will be three per cent lower, at 15 per cent.

"The penalty is at the discretion of the investigating officer but the interest will begin suo moto on missing the last date of tax payment," adds Deshpande.

In case of a proper reason for late payment, the penalty can be waived off under Section 80. Section 78 covers penalty on late payment of service tax due to fraudulent reasons. The penalty has been made compulsory and equal to the tax evaded.

If you pay the tax in a month's time from the last date with interest, the penalty will be 25 per cent as against 50 per cent. If you have a turnover of Rs. 60 lakh in any year, this one month will be increased to 90 days.

Section 77 for penalty for contravention of any rule for which there is no penalty mentioned, will charge Rs. 10,000 as against Rs. 5,000. For instance, there is a format for printing an invoice, but you do not follow it, it is viewed as a contravention.