If you aren't living under a rock, it would be hard to miss reading or hearing about the Boeing 737 MAX aircraft being grounded by over 50 nations.

For those who are in the dark or still confused about the entire episode, here's a simple FAQ on the issue and what's happening around the world. 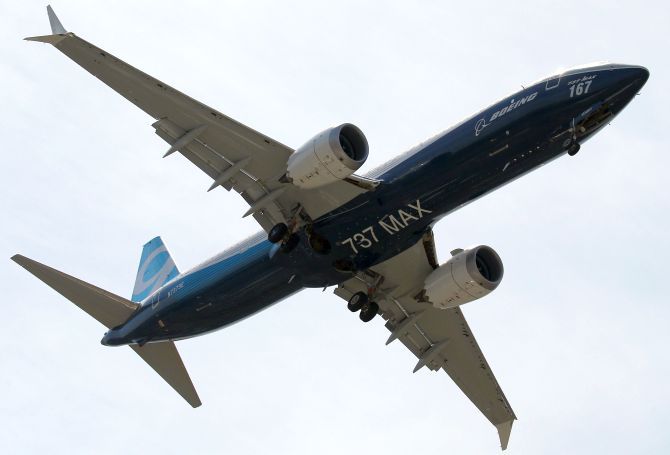 IMAGE: More than 50 countries, including the US and India have grounded the Boeing 737 Max aircraft. Photograph: Pascal Rossignol/Reuters

On March 10, Ethiopian Airlines flight 302 departed Addis Ababa Bole International Airport bound for Nairobi, Kenya. Just after takeoff, the pilot radioed a distress call and was given immediate clearance to return and land. But before the crew could make it back, the aircraft crashed killing all 149 passengers and eight crew members representing more than 30 nationalities.

This crash came only five months after another. On October 29, 2018, 189 people were killed when Lion Air flight 610 crashed in the Java Sea 13 minutes after takeoff from Jakarta, Indonesia. As with the Ethiopian crash, the aircraft lost control early in its flight and the flight crew made a distress call. That aircraft was almost brand-new as well, having arrived at Lion Air three months earlier.

The 737 MAX is a narrow-body aircraft series by Boeing. When released, the firm claimed it was meant to bring the “latest technology to the most popular jet aircraft of all time, the 737.” The line is indeed the fourth generation of the Boeing 737, succeeding the Boeing 737 Next Generation (737NG). There are four planes in the series, the 7, 8, 9 and 10. The MAX 8 was meant to replace the 737-800 and is the longest running model in the series.

As of February 28, Boeing has delivered 376 aircraft to more than 50 airlines. Currently the three largest customers (in order) are of the 737 Max 8 are Southwest Airlines, American Airlines and Air Canada.

>> What is the reason behind the two crashes?

Investigators are still looking into the cause of both crashes. A preliminary investigation shows that pilots in the Lion Air crash struggled to get control of the plane after the nose was forced down by an automatic safety feature. The CEO of Ethiopian Airlines said his pilots also were reporting problems controlling the plane before the crash.

>> Which countries have grounded the aircraft?

Following the crashes, aviation authorities around the world have been ordering the planes to be grounded for the last three days. As of date, a total of 50 countries, including the United States has either grounded or banned the Boeing 737 Max 8 planes.

Mexico took action against Boeing 737 Max 8 planes on Wednesday evening, just hours after America's decision to suspend the planes' operation inside the country.

India's aviation watchdog Directorate General of Civil Aviation grounded the aircraft on March 12, adding that these planes "will be grounded till appropriate modifications and safety measures are undertaken to ensure their safe operations".

>> How will India's aviation industry be affected?

In India, Boeing 737 Max 8s are operated by two airliners -- Jet Airways and SpiceJet. Jet Airways owns five of these planes, but all of them were previously grounded due to the airline's financial troubles. But SpiceJet's fleet of 13 Max 8s were very much in operation till the DGCA's new order came in.

Air fares in the country will skyrocket due to the cancellations. So, people wanting to fly will have to shell out much more than usual.

>> How important is the Max series to Boeing?

The aircraft is hugely important to Boeing and with the grounding of the 737 MAX the shares of the company have already fallen three per cent. Since the crash, the stock has been down more than 10 per cent, wiping more than $25 billion off the company's market value.

Additionally, the news has touched Boeing's other aircraft, as well. As a result of the latest crash, Boeing has postponed the rollout of its 777X, which was scheduled for later this month. 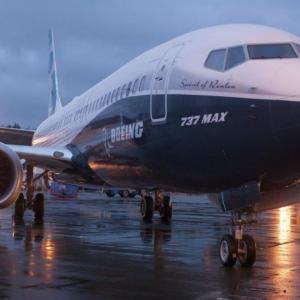 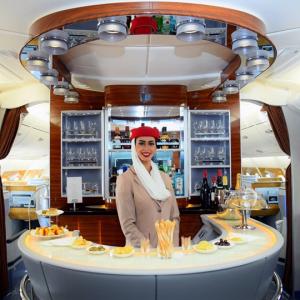