In 2020 India will become Uber's biggest centre outside San Francisco

Uber has multiple service lines, including food delivery, rideshare, payments, and two-wheeler taxis, all of which are supported by engineers in India.

Just as cash payments were pioneered in India, Uber is looking at how more such innovations developed here can be used in other emerging markets, reports Yuvraj Malik. 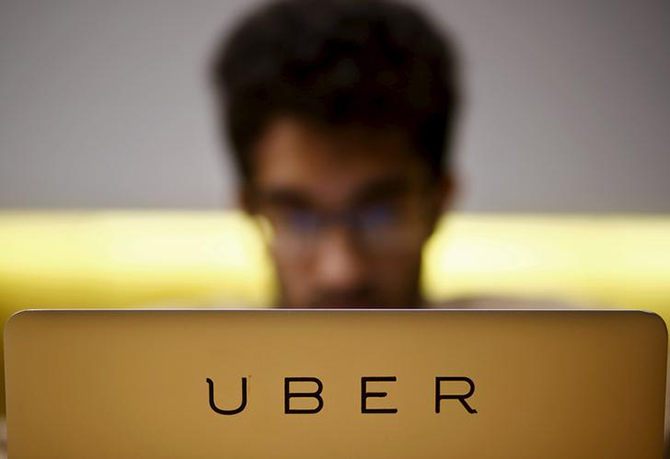 IMAGE: The Uber office on the outskirts of New Delhi. Photograph: Anindito Mukherjee/Reuters

Uber is prepping India as its main engineering hub outside its San Francisco headquarters, a move that may attract more investment in the country.

Several core technology functions, such as maps intelligence and algorithms to match riders and drivers -- used at scale across the globe -- are being developed at locations in Bengaluru and Hyderabad.

The cab aggregator plans to increase the technical staff, which includes product managers and designers, to 1,000, from about 600 presently, said Apurva Dalal, director engineering, Uber India, and site lead for Bengaluru.

"By the end of 2020, we will be 1,000-plus and will be, between Hyderabad and Bengaluru, the biggest centre for Uber outside of headquarters in San Francisco," said Dalal, who joined Uber in 2016 to lead the Bengaluru centre.

India's importance as a key market, from both a business and technology point of view, is evident from the decision.

It comes after Uber sold its business in Southeast Asia and China. 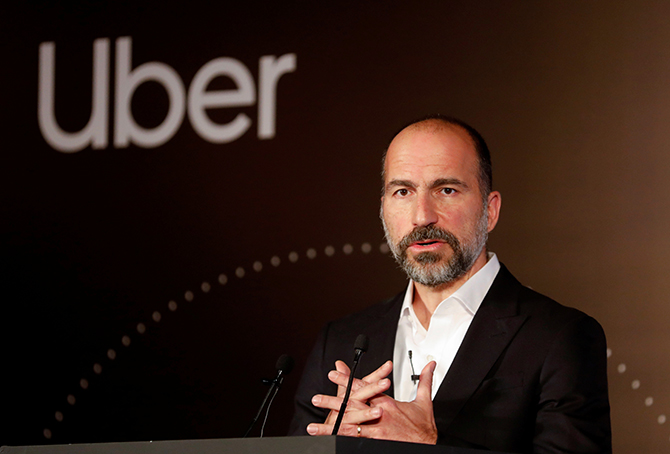 Uber's business grew 31 per cent to $345 million in Asia Pacific, the second-highest growth rate after the US and Canada.

"Our CEO is bullish behind us and we see India as a key leverage and part of the technical vision for Uber," said Dalal.

He added that Khosrowshahi, who met other mobility start-ups, such as Yuli during his visit, had one question for him during his last visit.

"He asked me 'how can we grow faster?

"I want to move things faster and have a lot of research and development happening out of India'," said Dalal.

The plan to scale up India engineering comes at time of global reorganisation at Uber, following its initial public offering in May.

In October, Uber made 350 employees redundant globally, including some in India, in what was the company's third retrenchment exercise this year.

Uber also created a new India entity, Uber Systems, which is owned by Uber BV and Uber International BV, based in the Netherlands. 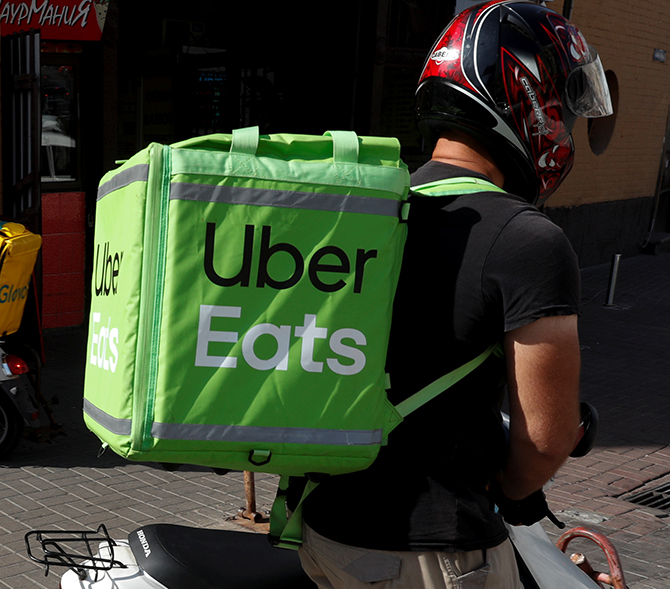 Uber has multiple service lines, including food delivery, rideshare, payments, and two-wheeler taxis, all of which are supported by engineers in India.

Just as cash payments were pioneered in India, Uber is looking at how more such innovations developed here can be used in other emerging markets.

The company recently launched a bus service in Cairo, Egypt, and it is exploring the viability of introducing a similar service in a densely populated market like India.

Several innovations around maps, which form the basis of Uber's transportation service, are led out of India.

For example, engineers in India are working on artificial intelligence and machine learning algorithms models that can detect road blockages and doorstep locations for popular sites across the globe such as airports and museums, said Dalal.

He added that his team is also looking into the problem of drivers cancelling pick-ups for certain drop locations.

"This is a complex problem and we use data to understand the propensity of a driver to go to that particular location, among several other data points, and then match the rider with the most suitable driver," said Dalal. 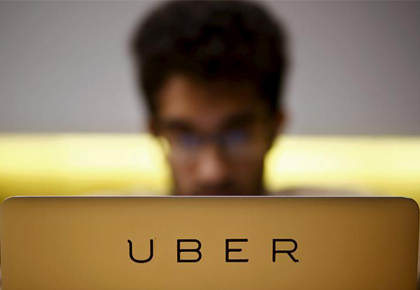