It lacks the finesse of its direct rival, the Hyundai Creta, but otherwise it is fun to drive and power is in abundance too 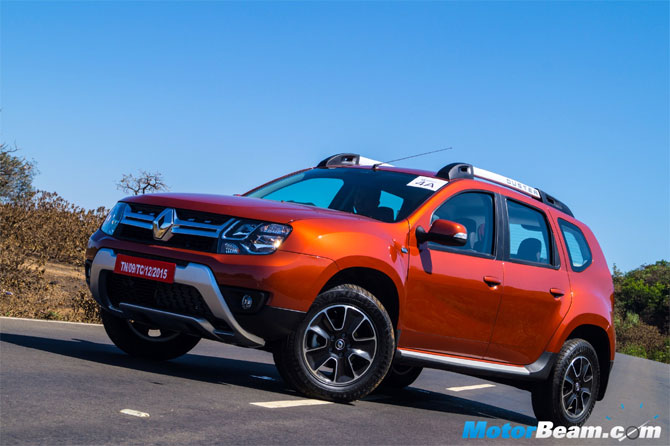 The Renault Duster is considered as the messiah for the French automaker which came at a time when the company was faltering under the blow of back to back low sellers. Now, in wake of newer competition, when the sales of the Duster have started to drop, the company decided to give the car a much needed facelift to increase its value proposition. Indian automobile website MotorBeam.com decided to run the car through its paces and see if the 2016 Renault Duster is still any good.

The Renault Duster has always boasted of a mature look which was typically European, but at the same time was butch and rugged. The 2016 version makes no changes to the sheet-metal, which means that the new set of headlights and tail lamps, with attractive LED elements are a direct replacement. The grille now sports the new Renault signature face and the bumper gets silver scuff plates, along with new alloy wheels. 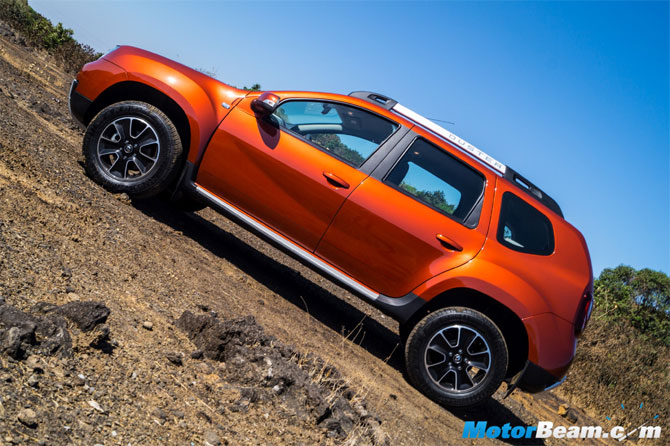 The Duster is actually from the Romanian brand Dacia, which is wholly owned by Renault. And like the country, the interiors of the vehicle are also simple and nice. The 2016 Duster comes with a reworked dashboard that gets a shiny piano black finish on the centre console. You also get new controls for the AC along with automatic climate control. The 2016 Duster gets a new MediaNAV touch-screen infotainment system along with a rearview camera. 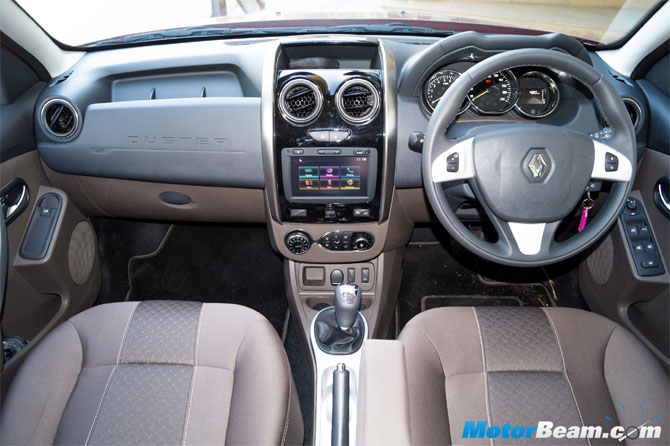 On the door pads, you get the usual silver trims just like the AC vent surrounds while Renault also offers red trims as optional, which look gaudy. The area above the glovebox comes with DUSTER engraved on it while the entire colour scheme of the interiors has been changed to a combination of greyish brown and beige, though we think the older colour scheme looked better.

The 2016 Renault Duster remains unchanged mechanically and is offered with the same 1.6-litre petrol engine and a 1.5-litre diesel engine in two states of tune – 85 PS and 110 PS. The 110 PS tune is the one that gets the AMT unit as well as the AWD option. The AWD option is only mated to a 6-speed manual transmission. The motor boasts of a very good low-end and turbo lag is extremely minimal. 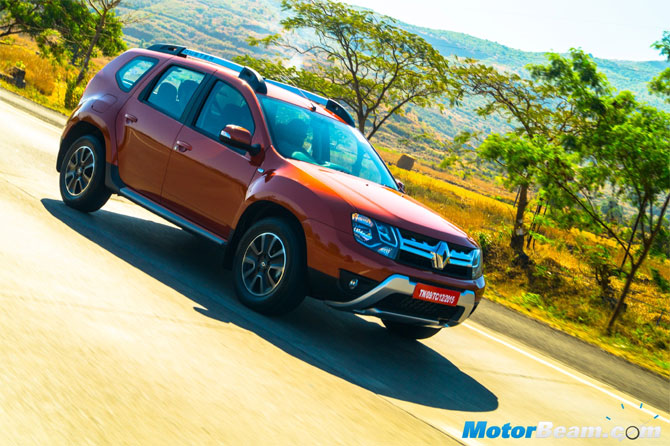 The AWD variant of the Duster accelerates from standstill to 100 km/hr in 12.54 seconds and has no grouses in touching speeds well over that with ease. NVH levels on the manual variant are decent and the motor gets a bit vocal only at high RPMs. The AMT gearbox is a 6-speed unit that is sourced from ZF. The gear lever is slick in its operations and you just get R, N and D modes, along with a manual mode on offer.

As expected from an AMT unit, it is quite laggy in its operations. The car jerks a bit when cogs are changing but it’s not too bad. If you decide to stomp the pedal suddenly while cruising, expect a delay of a few seconds before the transmission decides to downshift. 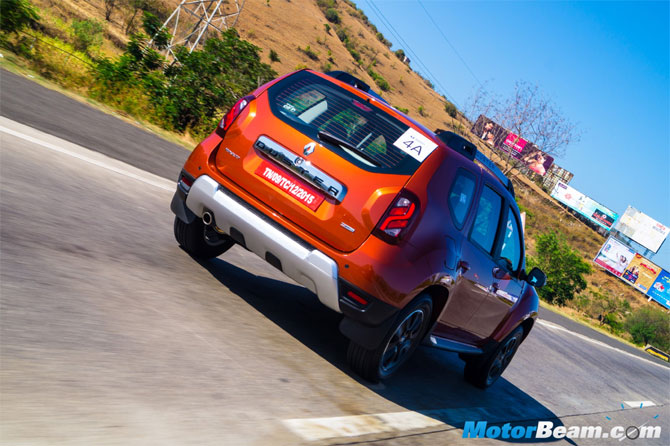 As said earlier, the Duster is a typical European car and thus behaves in the same sophisticated manner. Ride quality is fantastic and the SUV has no qualms in tackling bad roads. We found the ride quality on the Duster AWD much better because it comes with independent suspension. The AWD system itself is quite capable and the Duster can surely take you places!

The 2016 Renault Duster is fitted with dual front airbags and ABS. The AMT transmission also gets features like Hill Hold and ESP. The traction control system on offer does its job pretty well should you decide to have some fun around the twisties. The fly in the ointment is Renault's average service network. 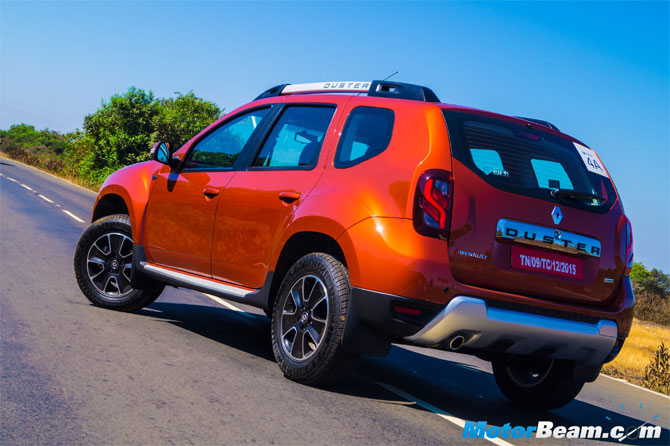 The Renault Duster has now got a new lease of life and it now looks younger, gets more appeal and also comes with the convenience of an AMT gearbox. Sure, it lacks the finesse of its direct rival, the Hyundai Creta, but otherwise it is fun to drive and power is in abundance too. 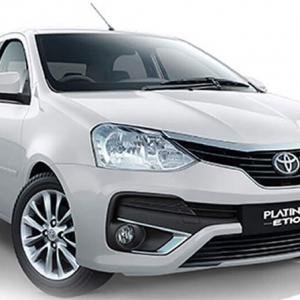 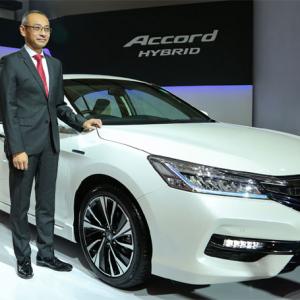