He said unwarranted rumour-mongering, speculation, and bear hammering of all Reliance Group companies shares over the last few weeks had caused grave damage to all our stakeholders.

Anil Ambani, the chairman of debt-ridden Reliance Group, on Tuesday blamed “unwarranted rumour-mongering” for the sharp fall in shares of his group firms in recent weeks and said he was committed to meeting “all future debt servicing obligations in a timely manner”.

“Further asset monetisation plans are at various stages of implementation,” he added.

Regulatory bodies and courts, on the other hand, had not passed any final adjudication orders on the group's claims aggregating over Rs 30,000 crore, due for five to 10 years to various group companies, especially Reliance Infrastructure and Reliance Power and their affiliates, he said.

Ambani’s remarks come in the backdrop of the invocation of pledged shares by the lenders, impairments taken for its power company, and a delay in results announcement for its infrastructure arm.

In a conference call on Tuesday, Ambani pointed out that during the entire period, lenders from all categories - whether banks, mutual funds, insurance companies, provident funds or NBFCs - provided zero net additional liquidity or debt to any entity of Reliance Group.

He said unwarranted rumour-mongering, speculation, and bear hammering of all Reliance Group companies shares over the last few weeks had “caused grave damage to all our stakeholders”.

The figures as of March 2019 are not available as group companies like Reliance Infrastructure are yet to declare results for Q4FY19.

“One should not get carried away with these statements of debt reduction.

Two group companies - RNaval and RPower - having reported FY19 numbers have not shown any debt reduction and have posted total loss of Rs 13,000 crore, with both having debt of over Rs 45,000 crore," said SP Tulsian, chief executive officer (CEO) for sptulsian.com.

He added, “One should wait for the audited accounts of other companies for FY19 to see the debt reduction.

"In addition, with more than Rs 1.5 trillion debt as of September 30, 2018, Rs 35,000 crore debt reduction is not a significant task, which has been done with asset monetisation and not out of profit.”

Part of the asset monetisation that the group undertook in the last 14 months includes sale of its Mumbai power distribution business to Adani Electricity for Rs 12,700 crore in August 2018, sale of a road asset to Cube Highways for Rs 3,600 crore and a large part of its radio business to Music Broadcast for Rs 1,050 crore.

The group’s commercial and home finance business also securitised its assets (loans given out) for Rs 8,000 crore.

Ambani did not take any media questions. Reliance Group Executives did not share the break-up for the Rs 35,000 crore repaid in the last 14 months.

It is not clear if the road asset sale has been completed.

For the radio business sale, the group has received Rs 250 crore so far.

Banks worry about the group’s capability to repay in the absence of clear visibility of cash flows from businesses. 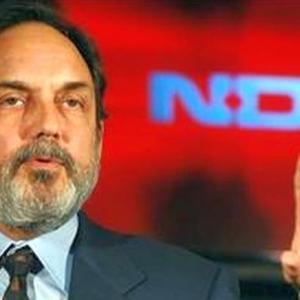 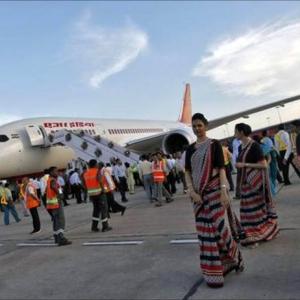