The letter was sent as an early warning of what was then widely being perceived as a plunder of national resources.
Anjuli Bhargava reports. Even as the Enforcement Directorate began questioning former Union minister of civil aviation Praful Patel in connection with the disproportionate granting of seat entitlements and points of call to certain foreign airlines, a letter dated June 2005 reviewed by Business Standard shows that the same concerns had been raised by the then chairman and managing director of Indian Airlines with the then Cabinet secretary.

However, it is unclear what action the Cabinet secretariat took on the matter as the practice continued unabated for another 9 to 10 years.

This despite the fact that the letter by someone as senior as the CMD of the airline expressly stated that the moves by the ministry of civil aviation -- in charge of negotiating bilateral agreements -- were both against national interest and detrimental to Air India and Indian Airlines.

It was further stated that the negotiations were being conducted against the principles they were normally expected to adhere to.

The letter was sent as an early warning of what was then widely being perceived as a plunder of national resources.

In 2005, at the time of writing the letter, the granting of new points of call and seat entitlements was still in its early stages.

It continued with vigour till 2014.

The letter pointed out that a total of eight foreign carriers in the Gulf, Southeast Asia, Sri Lanka and three Commonwealth of Independent States countries had been granted new points of call and vastly increased capacity entitlements without keeping in mind the principle of reciprocity.

A copy of the letter with detailed annexures is with Business Standard.

Both seat entitlements and points of call the world over are granted on the principle of reciprocity.

However, as the letter points out, most countries in the West Asia and South East Asia are city-states with relatively limited home markets.

The letter argues that almost all the airlines that were given more points of call could only offer one point of call: Emirates could only offer Dubai, Sri Lankan Airways Colombo, Singapore Airlines only Singapore, Oman could offer Muscat and Qatar Airways Doha.

Similarly, at the time, Kuala Lumpur was the only viable point of call in Malaysia as was Bangkok in Thailand.

It was argued that the increased points of call had an adverse impact on India's own domestic airlines, including private ones that depended on a considerable extent on the international traffic that is transferred to/from smaller cities to major gateway airports.

Moreover, during the peak tourist season, the government adopted a limited period open sky policy - the major beneficiaries of which were the West Asia carriers.

All the Gulf carriers operated 500 additional flights during this period.

The grant of more points of call, excessive capacity entitlements to countries in the Gulf and South East Asia and the government's limited period open sky policy -- a three-pronged attack or approach, depending on how one views it -- led to the development of Bangkok, Singapore, Dubai, Kuala Lumpur, Doha and so on -- as hubs for Indian traffic.

This was carried further to Europe, the US, the Far East, Canada and Australia.

This happened at the cost of Indian airports and airlines.

The letter further points out that the pretext on which this access was justified -- increased tourist arrivals for India -- did not materialise either.

A source was of the view that while this letter pertains to 2005, in fact "the situation is far, far worse today as this indiscriminate access continued to be granted for almost 10 years, the gains of which went entirely to these foreign airlines."

This source cites just one instance to validate his point.

Over the past decade, it has carried 47.4 million passengers on it.

It further transported 253,000 tonnes of cargo on its network during the same period.

Had things been handled differently, a large proportion of this traffic may have accrued to Indian carriers, he says.

While the letter is silent on why this indiscriminate handing out of seats was happening, the Central Bureau of Investigation and ED investigations more recently have found that the quid pro quo was that these airlines handed out exclusive selling rights to Deepak Talwar, a friend and aide of Praful Patel.

The rights were granted to individuals and certain benami companies to sell their tickets in India, resulting in massive monetary gains for them.

According to senior Air India officials, the reckless handing out of both points of call and seat entitlements was one of the first things done by Patel after he took charge of the ministry, allegedly damaging the national carrier's ability to compete.

The CBI is further investigating the purchase of 68 Boeings for Air India and 43 Airbus for Indian Airlines in 2005-2006.

Again, the Indian Airlines CMD had sent a detailed letter raising concerns on this to the then Cabinet secretary.

The final nail in Air India's and Indian Airline's coffin, many believe, was the merger of the two carriers in 2007.

"The destruction of Air India and what it stood for solely rests on these three moves," said a source close to the developments at the time.

Furthermore, it is being argued that those in power at the time are responsible for the failure of India to develop its own airports as hubs while hubs developed in the region were based largely on Indian traffic.

To blame is this three pronged approach: Liberal grant of points of call, massive increases in seat entitlements and the government's limited period open sky policy. 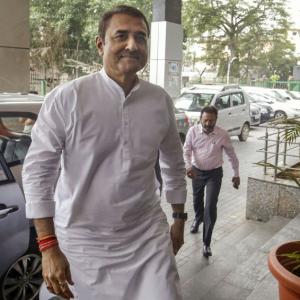 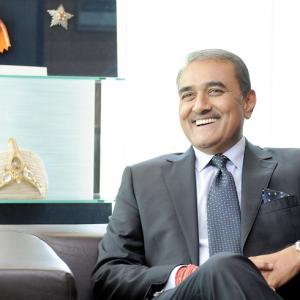