Vacancies were caused by resignation, retirement and lack of available skilled workers ack of skilled labour, among other factors, led to 187,062 vacancies in nine sectors during the first quarter of the current fiscal year, showed the new revamped quarterly employment survey (QES).

This accounted for a little over 0.6 per cent of the total jobs given by these establishments till April-June 2021-22.

Manufacturing accounted for more than half of these vacancies as there were 99,429 jobs, which were to be filled up during the period.

As many as 4.5 per cent of establishments in manufacturing reported vacancies.

The same proportion of establishments in IT/BPO also had unfilled jobs during this period.

However, in absolute terms, only 2,793 establishments in the sector had vacancies.

Vacancies were caused by resignation, retirement and lack of available skilled workers. Non-availability of skilled workers is included in the category of “others” in the chart.

The category was responsible for over 39 per cent vacancies, showed data given in the survey report.

S P Mukherjee, chairman of the expert group on All India Surveys, said respondents cited absence of skilled workers as the main reason, other than retirement and resignations, for the vacancies.

He said the survey findings implied that the ministry of skill development and entrepreneurship has to focus on this area.

The survey report said that 18 per cent of establishments provide formal skill development programmes, though for their own employees mostly.

As expected, the maximum number of estimated establishments that imparted training were reported to be in the IT/BPO sector (29.8 per cent) followed by financial services (22.6 per cent) and education (21.1 per cent).

The “other” category was the only reason for vacancies in the construction sector.

It acco­unted for 94.8 per cent of vaca­ncies in the sector.

BPO was the other sector that sought skilled workers but did not get it.

Trade and manufacturing, too, had a higher number of vacancies due to absence of skilled workers rather than resignations and retirement.

In education and transport, most vacancies were caused by retirement of senior staff.

On the other hand, resignations were the biggest cause of vacancies in the health as well as accommodation and restaurant sectors. 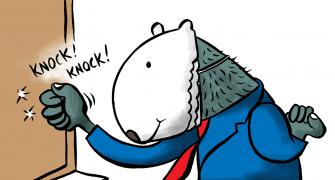