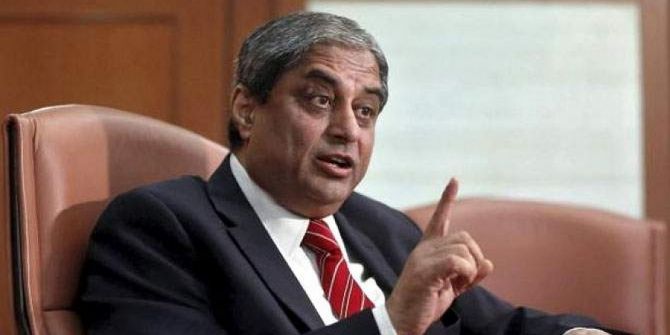 Aditya Puri shared HDFC Bank's secret sauce last year, offering reasons why the largest private sector lender has successfully ducked any impact from the volley of frauds that hit India Inc in the last decade and spared none of its peers.

The mantra was simple, but hard to implement in an economy still criticised for its cronyism: friendship and banking are not correlated, and good friends representing bad business risk get nothing more than a coffee.

The remarks, made in the context of how he avoided lending to fugitive offenders Vijay Mallya and Nirav Modi, speak volumes about how the outspoken and witty banker born in Gurdaspur, Punjab, built a formidable institution from scratch over a 25-year journey that has no parallel in India.

While heading a foreign bank's operations in Malaysia in the early 1990s, Puri got an offer from Deepak Parekh of mortgage major HDFC to come back to India to start a bank in an economy which had shifted gears with liberalisation moves.

What awaited was hard days of working from a mill complex in central Mumbai's mill land and hiring people who shared the audacious vision to build a world-class institution.

Like other banks, it started out as a corporate-lending focused institution, but possibly prompted by changes happening in the economy witnessing becoming into a consumption oriented one, shifted focus to the retail segment for both advances, and low-cost deposits courtesy corporate salary accounts.

Key to the entire operation was service.

The well-heeled, well-travelled and exposed to global best customers were willing to pay a price for it.

The team expanded at a frenetic pace, loan books doubled every leap year and in a record of sorts, the bank's profits grew 30 per cent every quarter for a decade.

When the profit growth fell in 2014, never to recover back to the higher levels, Puri had a ready explanation: the bottomline is a reflection of the economic conditions.

Puri, who is featured on the facade of the corporate headquarters of the lender ahead of his exit, is a man of eclectic taste.

It is common to see him chew his favourite paan at public appearances, and also to speak about gourmet food by Michelin-starred chefs.

The ease with the language makes the father to actor Amrita Puri switch to Hindi to explain the complexities of banking and economy.

He believes in ending his days at 5:30 in the evening and claims not to carry a mobile phone!

At a time when peers saw huge jump in sour assets courtesy an asset quality review exercise driven by the regulator, HDFC Bank was unscathed.

When the RBI asked all the banks to provide extra for a corporate account, it was the only bank which appealed against the regulator's diktats and sought a review.

When an account indeed showed stress, it took the hit right away without kicking the can down the road.

This tumult in the industry took HDFC Bank to the top of the tables and become the largest private sector bank. In the select media interviews given ahead of retirement, Puri explained overthrowing ICICI Bank to its approach of staying focused on being consistent and experimenting on a small level before making it big.

Except for the merger with the Times Bank in 2000 and acquisition of Centurion Bank in 2008, all the growth numbers are fruit of organic efforts undertaken by the team led by Puri.

Under Puri's leadership, the bank emerged out of the shadows of its parent HDFC and there was talk of a merger between the two in 2015 as well.

In the same interview, Puri acknowledged the impressive growth to be team effort all through the quarter century, and called himself as first among equals and being the face of the bank.

When banks were threatened with disintermediation, Puri caused a flutter by questioning the high valuations commanded by the payment companies and fintechs, and asserted that banks like his can better them at the game. He travelled to Silicon Valley to understand the changes and align the bank to capitalise on the same.

Even as his peers found themselves ensnared with controversies, seldom did Puri or HDFC Bank feature there.

As against cases, investigations, questioning, expulsion by RBI, the entrenched Puri continued steering the ship.

The bank always avoided being on the wrong side of things but for blips like an industry-wide sting operation exposing shortfalls in KYC guidelines, or the discovery of fraudulent practices at its auto loans division which has led to the expulsion of a few senior bankers.

As Puri's retirement neared, all the watchers were shocked with the surprise resignation of his long-time deputy Paresh Sukthankar in 2018, who was widely believed to succeed Puri into the corner office.

After a year-long process, its 'change agent' and long-time head of finance, Sashidhar Jagdishan was chosen to fill in the boots and received complete backing of Puri, who hinted that Jagdishan was the man he wanted.

Puri is confident the best is yet to come for the bank and execution of a laid out strategy will take the bank places, even as he remains tight-lipped about his personal moves.

Come Monday, when Jagdishan takes over, the only change at the bank will be from chicken tandoori, a favourite for the Punjabis, to Tamilian's favourite thayir saadam (curd rice), he says. 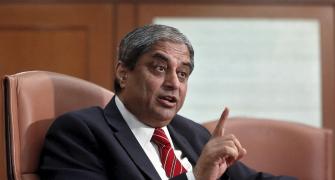 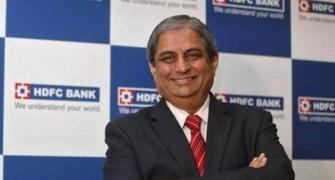 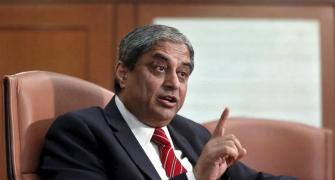 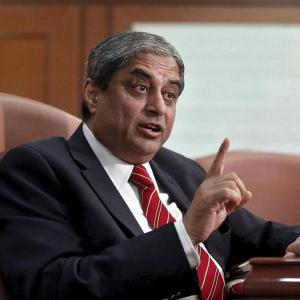 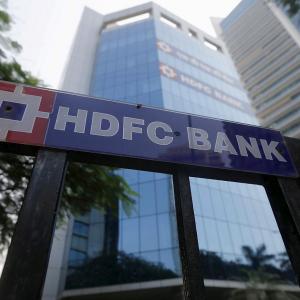