News
Business
Movies
Sports
Cricket
Get Ahead
Money Tips
Shopping
Sign in  |  Create a Rediffmail account
Rediff.com  » Business » Over 1 million vacant IT jobs in US by 2018 and no candidates India's export-focused software industry is facing its toughest period in around a decade. While technology shifts are disrupting the traditional IT services business, president Donald Trump's 'local hiring' means that companies would find it difficult to send engineers on projects.

Software industry lobby Nasscom President R Chandrashekhar discusses the reality of creating jobs in the US, in a telephonic interview.

Trump has said the same thing that he has been saying on the campaign trail. His priority is to get jobs into America, especially in the manufacturing space.

As far as the industry is concerned, we have been very clear that it works with a majority of the companies in the country, including more than 75 per cent of the Fortune 500 companies. We make these firms more efficient and help them to continue creating jobs by offering them services in the Indian industry (for that). The fact also is that there is an acute skill shortage in the US that is increasing.

What is the shortage of engineers in the US?

By 2018, there will be more than 1 million IT jobs lying vacant in the US and there are no candidates.

Apart from the shortage in available workforce, even in the universities, more than the 50 per cent of the enrolment in the STEM (science, technology, engineering, and mathematics) programme are foreign nationals. Even if you need to employ these foreign nationals, you need to have the H-1B visa programme. This is a reality.

We are aligned with the idea of creating jobs in the US and we believe the Indian IT industry helps the process by making corporate and business America more competitive and thereby abling to create more jobs.

In his campaign, it is rhetoric, but as a president, would it not be a policy?

You cannot think that the very second after he is sworn in, his views will change suddenly. He has made it clear those are his intentions. How these intentions are achieved is the question. There is a fair degree of clarity of intentions. He has been consistent in his campaign and been saying the same after he got elected. The issue comes in the implementation towards these objectives.

Then, all these have to be considered. These facts have to be taken into account or will translate into the opposite of his intentions. That is why we have to wait and see.

More importantly, our effort is to reach out to the people in the new administration among the law makers and make them aware of all these aspects.

The second thing is that the law-making is a different branch in the US; different from the administration. That has its own independent dynamics. There is already a bill (to curb H-1B visas); there will probably be newer bills, but as they run their way through the legislative process, all these factors will come into consideration.

Is there a team from India you are taking to the US? Are you mobilising your customers who have benefited from outsourcing?

We are in the process. It takes some time for new people to settle. We will be taking a delegation to the US in February. US technology companies such as Google, Facebook and IBM have also supported liberalised visa regime.

Would you be mobilising these, too?

Some people argue that if there are restrictions on people's movement, upcoming development projects would just move offshore. What is your take?

That is exactly what we are saying. It is not as if people are being brought in while there are others who are working there. There are going to be two things if you don't allow people to come in and I am talking in general.

Here, what appears on the surface is being different than the reality is. That is their reason we have to constantly message them, especially when there is a change in the administration. 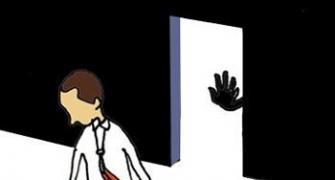 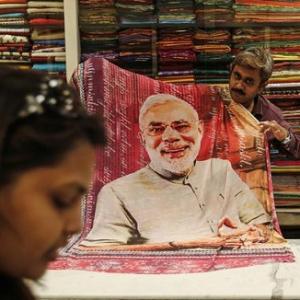