The 'Protect and Grow American Jobs Act', which, makes important changes to the eligibility requirements for H1-B visa exemptions was re-introduced on Wednesday 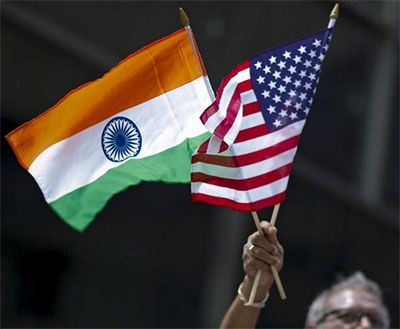 A bill backing key changes in the H1-B programme that allows skilled workers from countries like India to fill high-tech jobs in the US has been re-introduced in the US Congress by two lawmakers who claim that that it will help crack down on the work visa abuse.

The 'Protect and Grow American Jobs Act', which, makes important changes to the eligibility requirements for H1-B visa exemptions was re-introduced on Wednesday by Republican Darrell Issa and Scott Peters - both from California.

The bill, among other things, increases the minimum salary of H-1B visa to $100,000 per annum and eliminate the Masters Degree exemption.

The legislation, they argued, will help crack down on abuse and ensure that these jobs remain available for the best and brightest talent from around the world.

The bill comes after a number of companies -- Disney, SoCal Edison and others -- have come under fire for abusing the H1B visa programme to replace American workers with those from other countries.

"In order for America to lead again, we need to ensure we can retain the world’s best and brightest talent. At the same time, we also need to make sure programs are not abused to allow companies to outsource and hire cheap foreign labour from abroad to replace American workers," Issa said.

"The legislation we're introducing today does both. It will ensure that our valuable high-skilled immigration spots are used by companies when the positions cannot be filled by the existing workforce," Issa said.

By raising the salary to a level more in-line with the average American salary for these positions, it would help cut down on abuse by removing the profit incentive and ensuring these positions remain available for companies who truly need them, a media release said.

"Curbing abuse of the H1-B system will protect American jobs and help ensure that visas are available for innovators who need them to maintain a competitive workforce," Peters said.

"This bipartisan bill makes one of the much-needed updates to our high-skilled visa system to level the playing field and help prevent companies from taking advantage of the system to offshore jobs," the Congressman said.

The two lawmakers claimed that the legislation would cut down on abuse by eliminating the masters degree exemption, which has become abused as foreign workers seeking H1B visas have increasingly sought and obtained low-quality certificates to meet the requirements for an exemption just to qualify for H1B, instead of keeping the positions open for truly high-skilled positions that companies cannot fill domestically.

The bill had faced opposition last year in Congress.

Reshaping immigration is a central tenet of President-elect Donald Trump's push for companies to invest and hire more in the US.

Trump has listed immigration reform among five executive actions he plans to take on his first day in office. They include asking the Department of Labor to investigate "all abuses of the visa programmes that undercut the American worker."