'The important vision is to be the most admired bank and digitally-enabled for the MSMEs.'

'Unsecured retail loans could be our next opportunity.' It has been a decade since Shyam Srinivasan, bottom, took over as managing director and chief executive officer at Federal Bank.

He wants to ramp up the bank’s unsecured lending going ahead even as it homes into the space vacated by competition.

Reappointed for a fresh one-year term as the bank’s helmsman, he spoke to Hamsini Karthik on the plot ahead. Edited excerpts:

You took charge at Federal Bank soon after the global financial crisis. How do you look back?

Let me be nice to my bank, and we know that Federal Bank has never had any of those crises.

When I joined, the bank was over-capitalised.

We had raised money just two days before the crisis at a super-premium.

The business practices were more like at a public sector bank, and needed overhauling.

We wanted to establish three practices – independence between origination and underwriting which was priority number one.

The second was to ensure that our presence outside of Kerala becomes meaningful.

We chose Tamil Nadu, Karnataka (adjacent to the home market, where we have meaningful presence), Gujarat, Maharashtra, Punjab, and the national capital region belt.

The reason for doing so is that it suited our core strength – of serving a non-resident population and was a hub for small and medium enterprises.

The third was on improving the skill sets, recruitment and processes.

Between 2015 and 2018, we added almost 800 relationship managers in different functions.

We weathered a few credit cycles in the last 5-6 years, but our gross non-performing assets ratio has never crossed 3 through any cycle.

The only one to have this track record is HDFC Bank.

What is next on your agenda?

Every Sunday, my job is to create a slogan for the bank.

From ‘digital at the fore to human at the core’ and ‘Presence to Prominence’ and ‘Prominence to Dominance’.

One part of the bank is the traditional, older side where we have strong presence in Kerala.

There the motto is ‘Prominence to Dominance’.

In the rest of the geographies, we want to gain prominence.

The important vision is to be the most admired bank and digitally-enabled for the micro, small and medium enterprises. 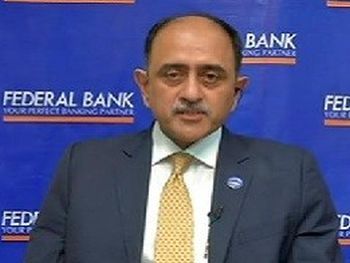 Being the most admired, doesn’t come by being the biggest or the most profitable bank.

You walk into any Federal Bank branch - we are warmer than most other banks.

Our digital capabilities match the best in class.

As for dominance, we have a market share of one per cent and my job is to push ourselves on this over the next 3 years.

Our retail book is growing at 30-35 per cent annually, but we principally do secured-retail loans.

Unsecured retail loans could be our next opportunity.

But is it a good time to be in unsecured lending?

There are two empty spaces in our retail portfolio - unsecured retail and commercial vehicles.

And for both, we have teams and business models in place.

Retail unsecured has grown to about Rs 1,000 crore and the commercial vehicle (CV) book to about Rs 300 crore in a year.

When you are selling to home-grown customers, delinquencies will be at sub-1 per cent.

If you’ve been in the market for a while and know the customer you’re attacking, then CV is not a very difficult space.

So, we are building a team by recruiting people who’ve been in the CV business for 10-20 years and are willing to play with us for the next 5-10 years.

How do you look at competition from IndusInd Bank, and non-banks like Shriram, Sundaram and Cholamandalam Finance?

There will always be a competitor.

But there will always be a late comer who will gain share.

What competition will do is to bring down pricing margins.

In the lending business, it is your credit costs which determines how profitable you are.

So, if you enter at a decent margin and have a credit cost that is the best in the market, you’ll be very profitable.

And where else do you see the opportunities today?

There are industry-level opportunities and you have two parts to it – taking from another bank which is either undeserving, saturated, incapable of pricing down, or filling the gaps.

In today’s market, forget public sector banks, there are some private banks which have some challenges.

You have to correlate to the fact that we are doing 30 per cent-plus growth in retail, in an environment which is growing at 8-12 per cent.

You speak to people who are taking home loans in Mumbai from relatively reputed builders and with some degree of certainty, we can say out of every 10 loans, the bank pockets 1 to 2 loans.

And none of this is developer funding.

So, effectively I become a meaningful player, with 5-6 per cent market share.

Will this yield stability to your financials, which have in the past three years been a little difficult to predict?

Please don’t get swayed by wrinkles in intra-quarter or intra-year.

If anybody tells me that they are running a bank that is wrinkle free, suspect the numbers.

If in a quarter there is is a flood in Kerala, the effort of the management is to make sure that the damage is least because of that.

My disappointment is that less premium is given to governance and more is given to performance.

In time, the presence of good governance should get more premium.

I’m not arguing that performance should be ignored, but performance in itself, isn’t a photograph of an institution.

What it is today, doesn’t tell you the future of it, or it’s past.

External benchmarking has become a reality now, and many fear it is going to shrink the ability of banks to price their loans…

We were the first to do external benchmarking two years ago; twenty per cent of our book is externally linked to the 90-day T-bill or the repo rate.

We recently launched our external bench-marking on deposit products.

HDFC Bank and the State of India (market leaders in home loans) offered loans at 8.25-8.5 per cent.

My rate was 9 per cent, and we cannot lend below that.

We have gained market share and since I was competitive, people were willing to pay me 20-30 basis point more.

But pricing power is different from pricing the range.

For a certain bank, even if margins shrink to 3.9 per cent from four per cent, its stock price will tank.

But ultimately, compression in margins is the reality.

I am vocally making a case saying that this arbitrage in one bank having 1.80-2 per cent return on assets (ROA) and another bank having 1-1.2 per cent in ROA over time will narrow.

This will converge to become 1.5-1.6 per cent because in a fairly transparent market, there’s bound to be pricing pressure. 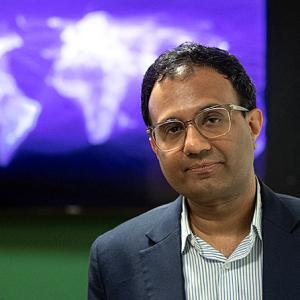