'With the largest number of malnourished people on the planet, India is poised to be a nation that significantly under-performs as an economy.'

Chairperson of the M S Swaminathan Research Foundation, Dr Swaminathan, who has a doctorate in economics from Oxford University, served on the Government of India's high-level panel on long-term food security.

"Malnutrition is not always lack of food, sometimes it is about eating the wrong food," Dr Swaminathan tells A Ganesh Nadar/Rediff.com.

What is the economic impact of malnutrition in India?

There are numerous estimates on how malnutrition can impact health and related expenditure.

However, what is significant is that a person who starts life malnourished at birth and remains so until the age of two, ends up with a lifetime of lowered economic productivity.

Malnutrition also affects cognitive growth and abilities of an individual.

If, in a given population, approximately one-third of the people are undernourished, then we are heading to be a community and nation that achieve far less than its economic potential.

With the largest number of malnourished people on the planet, India is poised to be a nation that significantly under-performs as an economy.

How can we ensure that people consume more nutritious foods?

Fortification of food, which is enhancing its nutrition content either directly for consumption (for example, fortified salt) or at the crop level (for example, biofortified seed varieties), is considered the most effective way to transform the nutrition status of the community as a whole.

However, for this to actually have results, we need to strengthen supply mechanisms to ensure that the improved seed varieties or food reaches general consumers and the farming community.

Very often, we find a gap in improved technologies reaching the farmers.

Institutions like MSSRF intervene to bridge this divide at least from the farm perspective, or what we call 'lab to land'.

However, for access at scale, we need effective policies that will help improved technologies and effective delivery system to ensure these are implemented.

How can we ensure economic viability of nutritious crops across the value chain for small farmers?

Building links to the markets in an effective manner can ensure higher profits especially for the small farmer.

What we need to focus on are the huge inequalities between small and large farmers, and in some cases even only among small farmers.

In certain studies that we have done, we found that some rich farmers earn an income several times higher than what small farmers make.

This is for all farm activities, but more especially for food crops that contribute to nutrition.

So, both from the farmer-level as well as the policy-market we need to ensure production-procurement-profit to make farming viable for the small farmers.

Value additions, access to processing technologies and marketing are required for the small farmer to increase income.

Cultivation of nutritious crops -- like millets and pulses, for instance -- have to be accompanied by an assured procurement and stronger market links to directly benefit farmers, so they cultivate more of these crops.

Can methods like direct cash transfers ensure better nutrition for families rather than subsidised food supplies (such as PDS)?

Through multiple studies we have found that the idea of targeted public distribution system -- which is what it is broadly in India -- has led to exclusion of the most needy.

This is unfortunate as it defeats the very purpose of food security that the PDS is aiming to guarantee.

Direct cash transfers can be counter-productive when affordable access to nutritious foods cannot be ensured.

Under the Food Security Act, the woman in a family is the rights holder. Does this in reality make a difference?

Bringing the eldest woman household member as the rights holder under the Food Security Act was an important move to provide women the agency at the household level.

In reality, however, our studies have found that first, data with regard to the participation of women in the workforce is erroneous, so it does not actually place in context her economic contribution to the family and to the country.

Two, many basic rights, such as land rights for women farmers are still far from being a reality and has been a huge reason for the vulnerability and marginalisation of women.

While this definitely is an important step forward, it needs to be accompanied by other changes in society and the community as a whole from the perspective of making the rural woman more visible.

Malnutrition is mostly noticed in poor children, both in rural and urban India. Rice, certain pulses, sugar, wheat are their staple diet, and all these are available through the public distribution system. So what is lacking?

PDS is functional in some states, but not in all.

In some states rice and wheat are available, but not oil and pulses.

The noon meal scheme if implemented correctly is very good for children.

Again there are shortcomings -- like in Karnataka the scheme is outsourced to Akshaya Patra, which refuses to serve garlic, onion and eggs. Thus, the students suffer.

Malnutrition is not always lack of food, sometimes it is about eating the wrong food.

There is also a need based habit of eating cheap food, a vada pav in Mumbai or a bonda-tea in Chennai to fill one's stomach. This can lead to other health complications. What do we need to do here?

They need to be located near slums and where migrant labourers stay. Location is very important.

The only way we can improve street food is by teaching street vendors hygiene and providing them access to clean water.

Middle-class eating habits vary, but the tendency for fast food, which doesn't take too much time to cook, is catching on, so the two-minute noodle is preferred to a more solid meal. The solution?

To lessen the cooking time one can use garlic paste, onion paste, sprouts etc which are available in the market.

A sedentary lifestyle accentuated by everything available on the mobile, from food delivery apps, to banking needs, to paying electricity or telephone bills, cause health problems like obesity. This is irrespective of what food we eat. How do we get out of this circle of an easy life? There are two sides to this.

One side we have the urban people getting too many calories and not using it and on the other hand we have the rural population who have too much work and not enough calories.

In our research we have found that rural women are the most active.

They have to gather wood, go out to fetch water, grind masala, grind batter and they get the least to eat.

This is a case of hidden hunger which is lack of nutrition.

The noon meal schemes in government schools are wholesome if implemented properly, is there something you would like to add there which is not too costly?

Many people believe that most of the poison in our bodies is owing to the pesticides and fertilisers that we are using in our fields. Is this true? Not to forget these are the tools of our Green Revolution.

Only when fertilisers are used in excess do they cause problems.

This is because of a lack of scientific knowledge.

Instead of chemicals we can use bio pesticides.

Seeds can also be genetically modified so that they require lesser pesticides.

After the Green Revolution we have not given our farmers any development package.

The wastage of vegetables and fruits owing to lack of storage facilities is enormous. Could you suggest an economically viable solution?

The government has to provide storage facilities, cold storage and other ways of preserving fruits and vegetables.

Do you know India and the US waste the same amount of fruits and vegetables?

Here it is wasted at the farmer's feet and there the supermarkets throw them out. 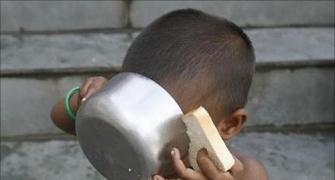 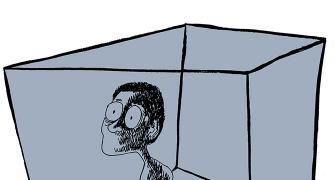 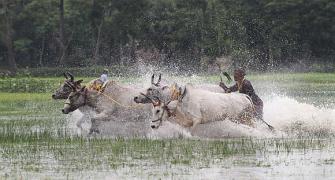 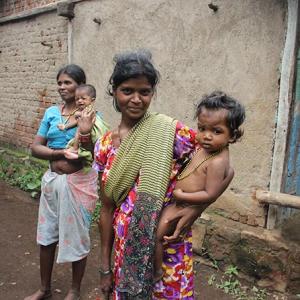 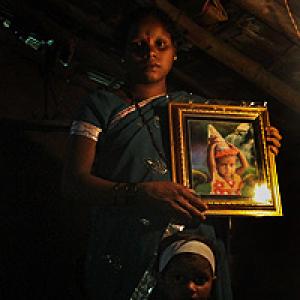