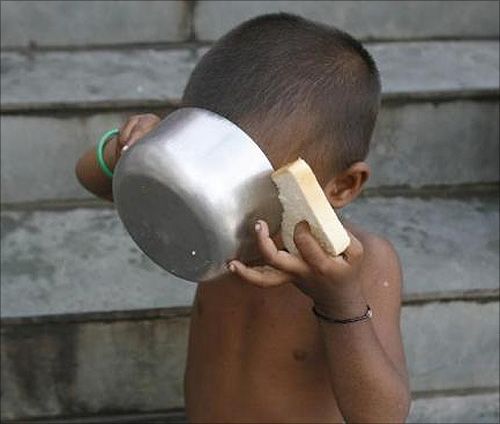 No large nation has done less to feed its millions of poor than India has in the past decade or two since the beneficial effects of the Green Revolution wore off, says Rahul Jacob.

Speaking before reporters, delegates and representatives of NGOs exactly a week ago as the trade talks in Bali seemed destined to collapse, Commerce Minister Anand Sharma stood firm.

If the talks failed, “those who are speaking up for the poor and hungry people cannot be blamed,” he insisted.

Even allowing for a strategy of brinksmanship that eventually worked, the comments smacked of the kind of grandstanding that our officials are all too guilty of when provided an international stage.

Bridges, a trade journal, reported that after Mr Sharma’s comments, several countries in the G33 effectively deserted India. “There is no G33 anymore... India has left and joined ALBA,” Bridges quoted one trade official who was part of the G33 as saying. (ALBA included such global heavyweights as Bolivia, Cuba and Venezuela.) At the press conference last Thursday, a journalist from Benin shouted at Mr Sharma, “You don’t speak for us.”

The likely explanation for this loss of support, documented by other trade specialist journals as well, is that developing countries have seen this vaudeville routine from India’s trade ministers too many times before.

The always dapperly dressed Kamal Nath thundered with even greater regularity about his duty to India’s “poor farmers” at Geneva five years ago.

What Jagdish Bhagwati once aptly described as “India’s superiority-inferiority complex,” – that is, the unhappy coexistence of a superiority complex that afflicts our government officials despite India’s reputation of being a poor, corrupt country – is making it difficult for us to influence people.

Despite the validity of India’s position in Bali on, for instance, indexing food prices correctly, our stubbornness was epic. Given that the survival of the multilateral trading system was at stake in Bali, to argue as Mr Sharma did that to have no agreement was better than a “bad” agreement must have seemed bizarre to many developing nations, hosts Indonesia included. (Asia’s SME exporters, including our own, will gain more from the agreement than the UPA will have scored political points.)

My problem with all this sermonising about the “poor and hungry” of the world is that it is utterly hypocritical. No large nation has done less to feed its millions of poor than India has in the past decade or two since the beneficial effects of the Green Revolution wore off.

And as has been well documented, through minimum support prices and government-mandated hoarding of millions of tonnes of wheat and rice, our policies are getting worse. We have favoured subsidy over investment, even as the productivity growth of our farmers is now about half that of China.

Just reading a paper by a team of researchers at the Commission for Agricultural Costs and Prices leaves one breathless at the illogicality of our policies. Here’s one statistic that speaks volumes: public investment as a percentage of agri-GDP has increased from 1.8 per cent in 2000-01 to 3.4 per cent in 2010-11.

Input subsidies over roughly the same period jumped from 8.9 per cent to 17.2 per cent. The paper underlines what is becoming more widely known: that our malnutrition problem is also the result of the lack of toilets, which contaminates water supplies and kills about 1,000 children a day from diarrhoea and hepatitis.

Then, there is the equally grotesque rotting of food grain because of the Food Corporation of India’s (FCI’s) incompetence coupled with the government’s policy of stockpiling excessive buffer stocks while, to use trade-speak, our “poor” go to bed hungry.

In August, the FCI admitted that some 17,500 tonnes of food grain was damaged between 2009-2010 and July 2013. The activist who asked for this information, Dev Ashish Bhattacharya, points out that the grain lost could have fed 70 million people. This August, opposition MPs said that more than 18 million tonnes of grain was lying partially exposed or fully uncovered in Punjab and Haryana. In a series of articles, “Mother India Starves her Children,” a Bloomberg journalist, Mehul Srivastava, grappled with this paradox. Why does a country with rising wealth and rising food stocks display such apathy towards its large malnourished population?

Mr Srivastava returned to the Uttar Pradesh village, Auar, where his father grew up in the late 1950s. He lived with a poor family there for a fortnight, eating their diet of rotis and dal. (It had been six months since Ghanshyam, the head of the family, had eaten an egg.)

“Rising with the sun, my stomach already growling with hunger, I’d seek a secluded spot to empty my slowly cramping bowels,” he wrote. He descended into the “purgatory” of a living starvation that is the fate of millions of Indians.

As one observer declares, India’s response to hunger is a “crime against humanity”.

No large nation since China during Mao’s madness of the Great Leap Forward half a century ago has been so cavalier in dealing with malnutrition as we have been in the past decade or two, when we have had the resources to address the problem.

Instead of being allowed to claim to be a spokesperson of the developing world’s starving millions, we should be hauled before an international court of justice for the callous neglect of our own. Mr Srivastava’s father has a simple explanation for why widespread hunger persists in India: “Nobody cares.” 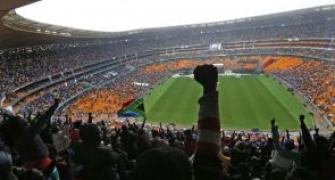 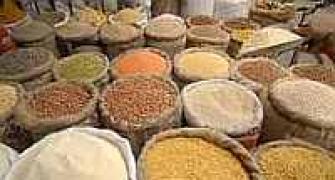 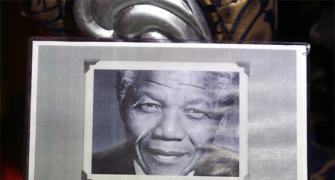 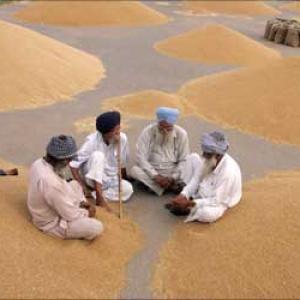 What 'victory' at Bali really means