'They feel if they join a union, it will have a negative impact on their appraisals.' 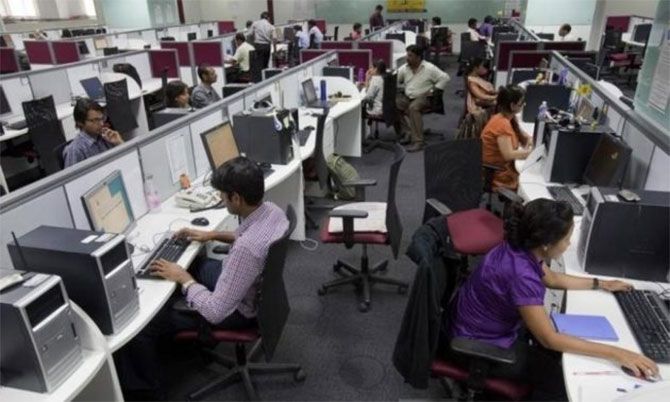 In 2015, when Tata Consultancy Services laid off many employees, trade unions tried to unionise the industry, but failed to do so.

With thousands of employees reportedly getting laid off at India's IT majors in recent weeks, the trade unions are once again active.

The Telengana labour department gave Cognizant two weeks to reply to the allegation of illegal termination of employees who had lodged complaints with the state government with the union's help.

The Tamil Nadu government has given its permission to IT employees to form unions. 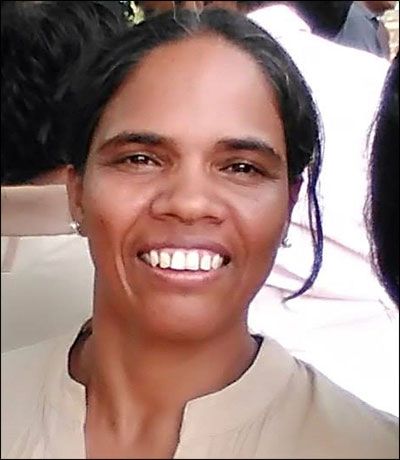 Parimala Panchatcharam, left, an IT employee turned activist, is the president of the Forum of IT Employees, FITE.

She tells Rediff.com's Shobha Warrier why it is important for India's IT professionals to unite.

Are you trying to revive the idea of unionising IT employees now that layoffs are happening in large numbers?

We started this forum for IT employees in December 2014 when TCS announced that 25,000 people would be laid off. From then on, we have been trying to attract employees to the idea.

We started the forum so that the voice of IT employees could be raised collectively.

Earlier, in states like Kerala, trade unions tried to unionise IT professionals, but were unsuccessful. Why is it that those working in this sector are reluctant to join unions?

The IT industry is new in India. It took root in the Western countries and from there it was brought here.

From the beginning itself, it did not have the culture of unionisation.

Students from colleges directly enter the industry which is new in this country, and these students do not have any experience in trade unions. They are not even aware of unions.

In Kerala, many unions tried to make IT employees join the unions, but they refused. Why?

Since unions are not part of their culture, they do not want to be a part of it.

Another reason is nobody wants to be a permanent employee of a company. They frequently change jobs.

Majority of the employees do not work for more than 3 years in a company.

Here, you have to know about the appraisal system which is very much biased.

Hikes in salaries, promotions and the designation of an employee depends on the rating and appraisal.

A good rating is needed for an employee to go after a better job. So, nobody wants to have bad rating from the company as they feel if they join a union, it will have a negative impact on their appraisals which depends on the immediate manager.

Every employee tries to have a good relationship with the immediate manager.

There is a fear among the employees to join a union and displease the management.

Why do you want to unionise them? In what way do you think they are handicapped?

People think they are privileged as they switch from one job to another without any difficulty, rather as per their free will.

But the important factor is, there is no job security in the industry. They can be thrown out of a company any time.

This is the reality.

Also, many people switch jobs because of the biased appraisal system. '

There is nobody to monitor the appraisal system. The company itself designs the rules and regulations for the salary hike and promotion of an employee which is not what should be followed conventionally.

Compare this with other industries where there is an agreement on salary hikes, promotions, etc, and they have to follow it.

By taking up many issues, we have been trying to create awareness in the past two years.

I can say that more people are aware of what unionisation is. Yes, they are not yet ready to come forward to join the union.

Those who join us by giving us their e-mails also want to hide their identities.

They are afraid they will jeopardise their job and other employment opportunities by joining a union.

They think that being part of a union and fighting for their rights will create a black mark in their career.

Even if they raise their voice against a small issue creates problems for them in the work place.

When they try for a new job, the new company looks at the feedback from the previous employer.

So, they feel that union activities are not needed.

Recently, however, the Tamil Nadu government said that IT employees could also form unions.

How many members does FITE have now?

Of the lakhs of employees in the IT sector, you have only 72 members?

Yes. It is a difficult process to make them join the union.

Only if they are fearless, they will come forward.

But we are hopeful that they will as there is a threshold limit for every human being.

Do you feel the IT employees are not treated fairly and they need the help of unions?

Everything is biased towards the employer in this industry.

We feel employees must unite and question the one-sided practices.

For example, there are many small start-ups that close down suddenly, without even paying the last salaries of the employees.

There are so many such malpractices that are happening in the industry.

Look at the working hours of the IT employees. They work long hours and are not able to manage their professional and personal life.

The IT companies indulge in unwanted background checks and blacklisting. The appraisal system also must go.

There is a kind of illegal termination that is going on now and employees are forced to resign.

There is no layoff period in any of these companies.

Now that thousands of employees are laid off, do you feel the Indian IT sector is in a crisis?

The Indian IT industry is a service-based industry and they have to depend on other industries.

As every other sector is adopting new technologies like automation, it has affected the IT sector.

That is because the Indian IT industry has not adopted the new technologies.

Even within the industry itself, automation is happening in a large scale which has affected the management level.

I feel the industry has not prepared itself well for these changes by training the employees.

Are those in middle management getting affected the most?

Those with experience are becoming redundant now.

The McKinsey report says 30% to 40% of the workforce can't be retained.

The companies instead of training them let them go and take in fresh graduates and train them.

The industry follows the service-based economic model. Now we know there is a crisis in the model.

This will create an economic crisis in urban areas. We are already facing an agrarian crisis in rural areas.

Are you hopeful of solving the crisis through the intervention of unions?

Only collective bargaining will work in a situation like this.

We feel only we can solve the problem the industry is facing right now.

Photograph: Rupak De Chowdhuri/Reuters. Kindly note that the photograph has been published only for representational purposes. 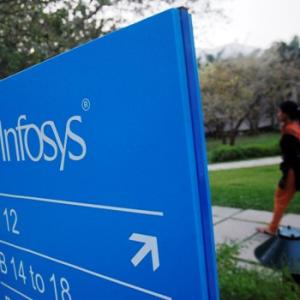 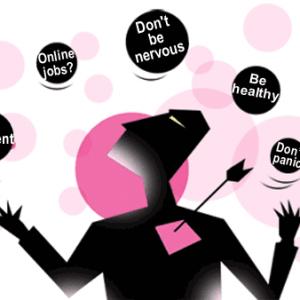 Layoffs at TCS? Lessons we need to learn